Our time is almost up in this tiny village in Northern Norway, and there’s just one last thing on our list of things to do: hike up a nearby mountain to a radio tower. Craig saw it when we first arrived a couple months back and said he wanted to climb to the top so today was the day to reach the 800m peak. 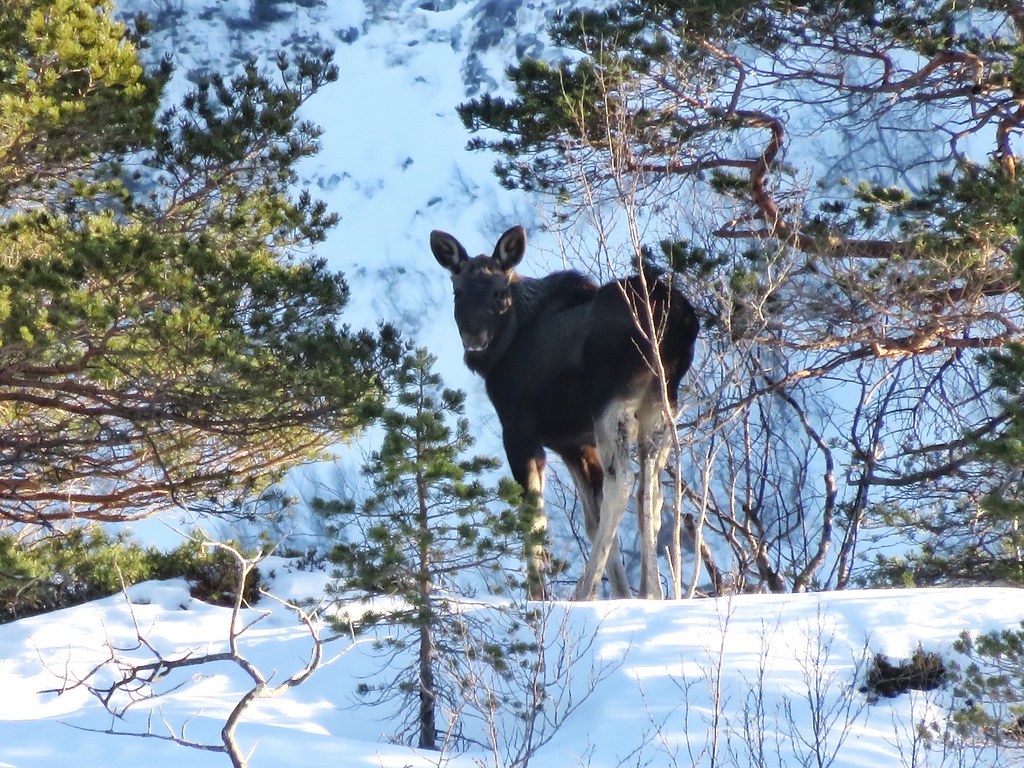 After not witnessing any moose in our time here, we happened to see 5 on our morning drive, some even crossing the road right in front of us. The weather was ideal for our hike, with barely a farts wind and clear blue skies. The only thing that wasn’t on our side was the temperature and it was actually the coldest day we’ve had in our time in Norway. We left the house when it was -8 degrees and as we drove inland it dropped to -15. Without the wind though, it was a rather pleasant hiking temperature. 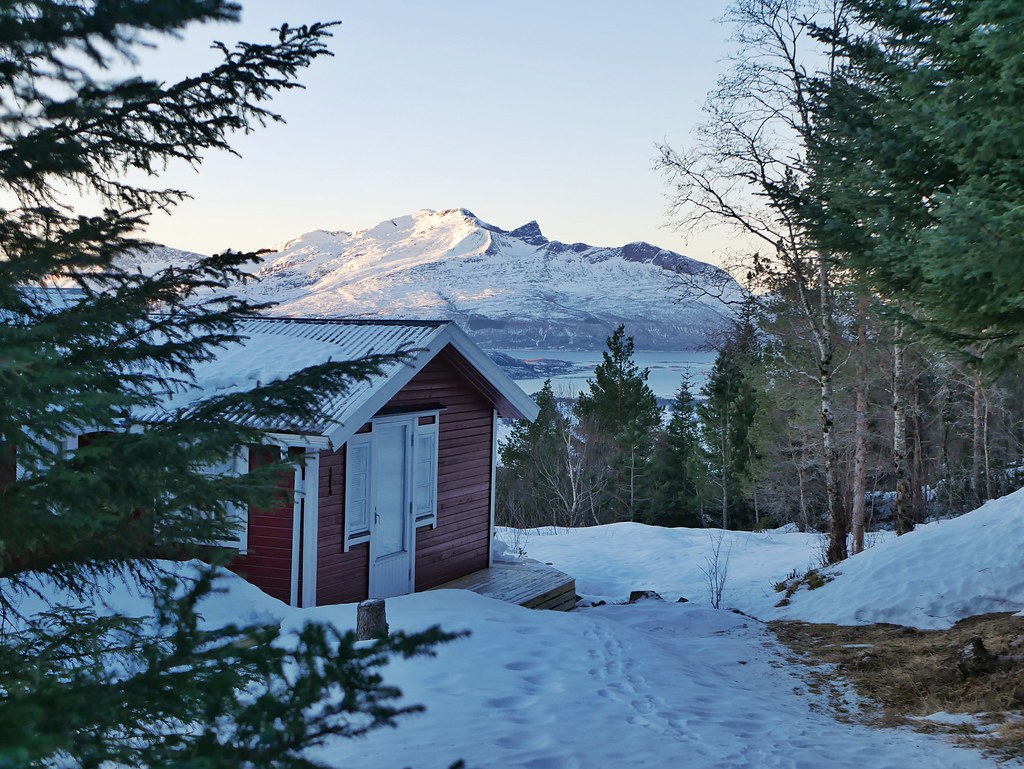 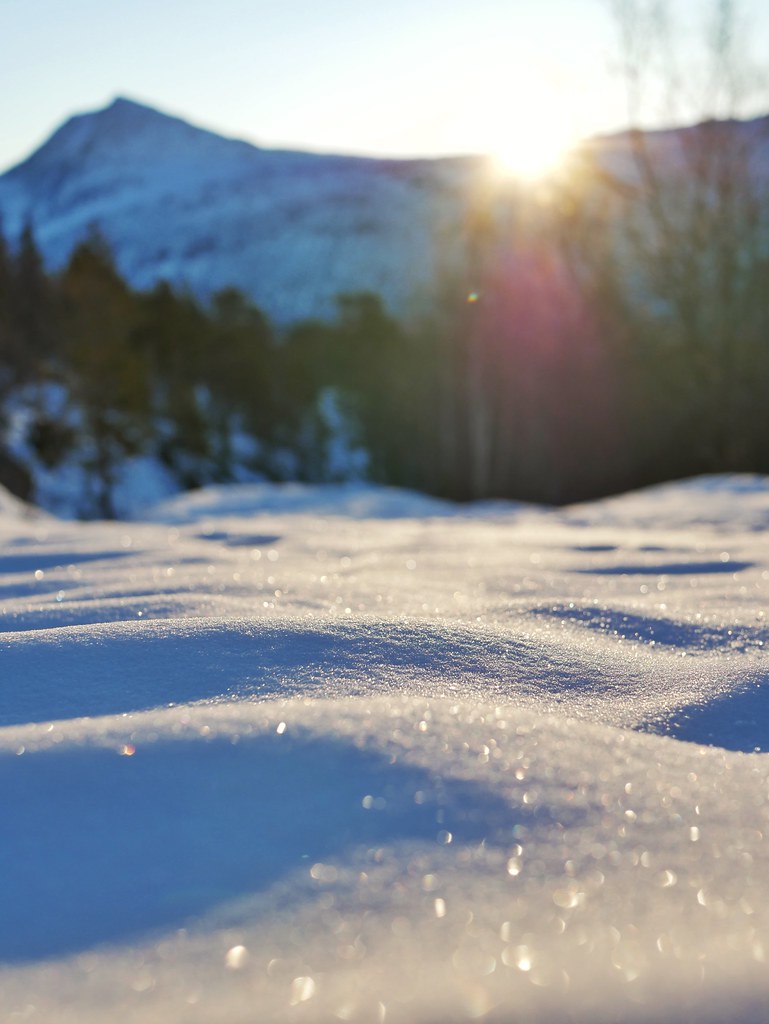 Our host kindly drove us up the start of the track which was basically a snow-road. When he went to turn around though, we became stuck in the snow. It took a few skilful moves going back and fourth to get enough momentum to drive over the snowy bank. Once we found a better location to turn around, we agreed on a time to meet later in the day, and Craig and I set off on foot. There was forest on either side of us and the snow covered road crunched under every step. It was a winter wonderland and so different to the scenery we were used to just 20km away. 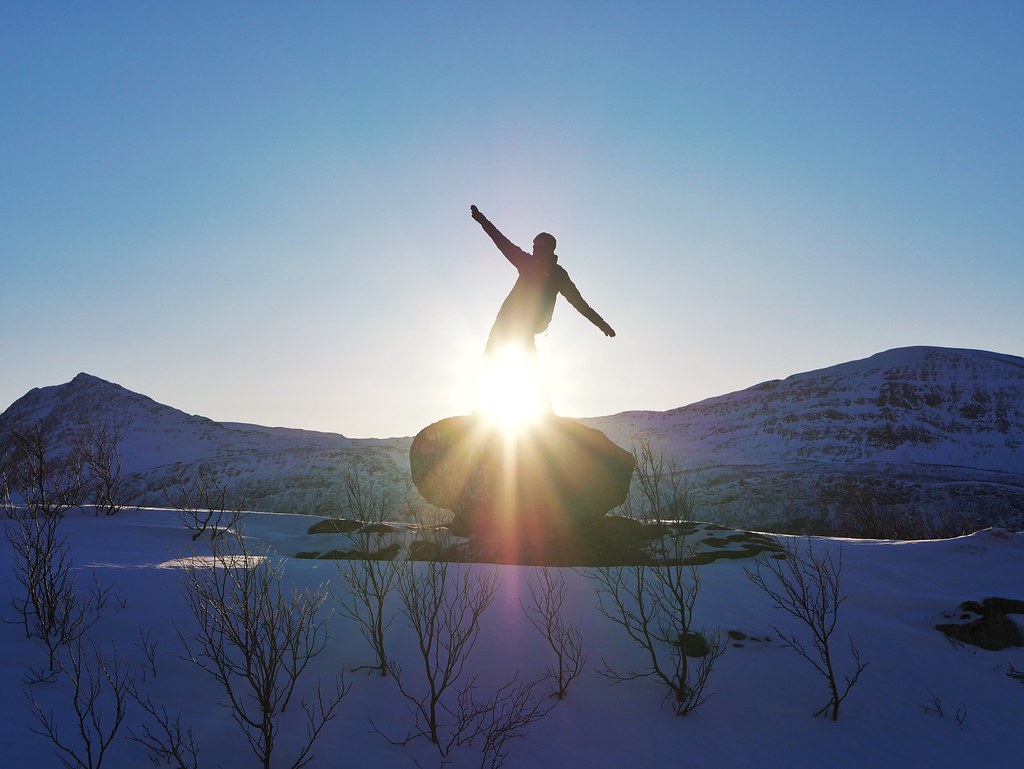 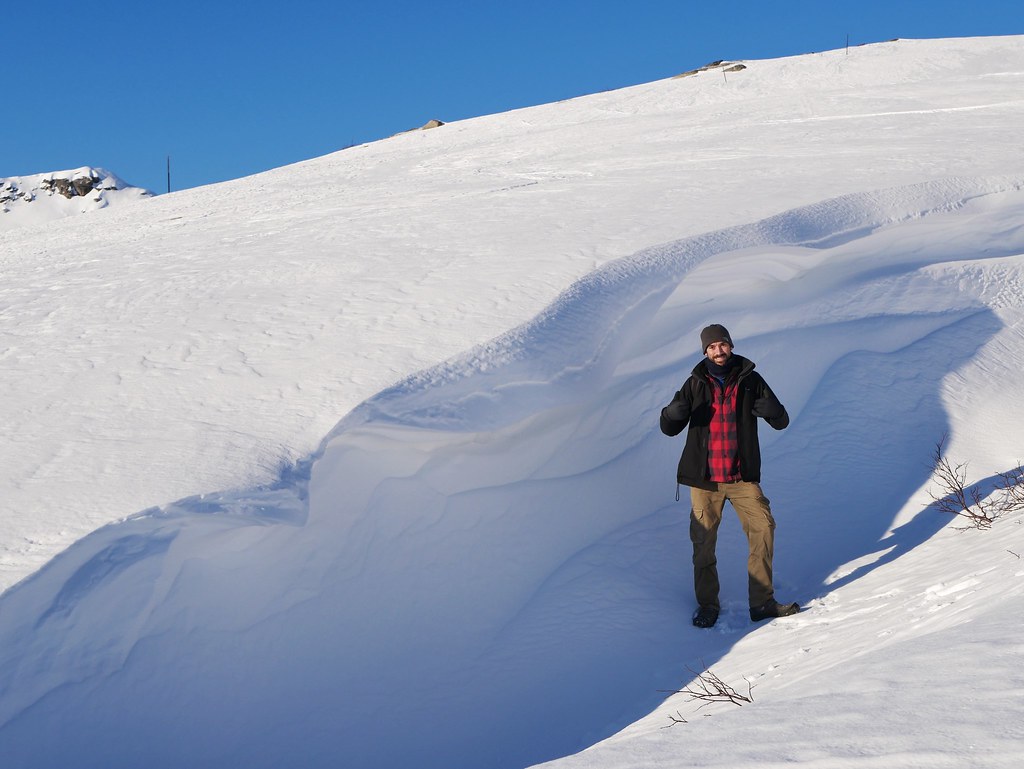 The mountains were a brilliant pink colour until the sun pierced above the peaks. A little detour led us to a frozen lake which was almost encircled by mountains and hidden under a thick layer of snow. When we left the lake the footprints we’d been following began to diminish. It was still an easy route to follow though as snow poles led the whole way up. The radio tower was quite a deceiving little bugger as it looked so reachable but it never seemed to get closer. We just kept climbing up and it became extremely steep towards the top so we were really having to ram our feet into the snow. Only one other person had come up this far and they had actually pushed themselves up the mountain on skis and skied down of course. 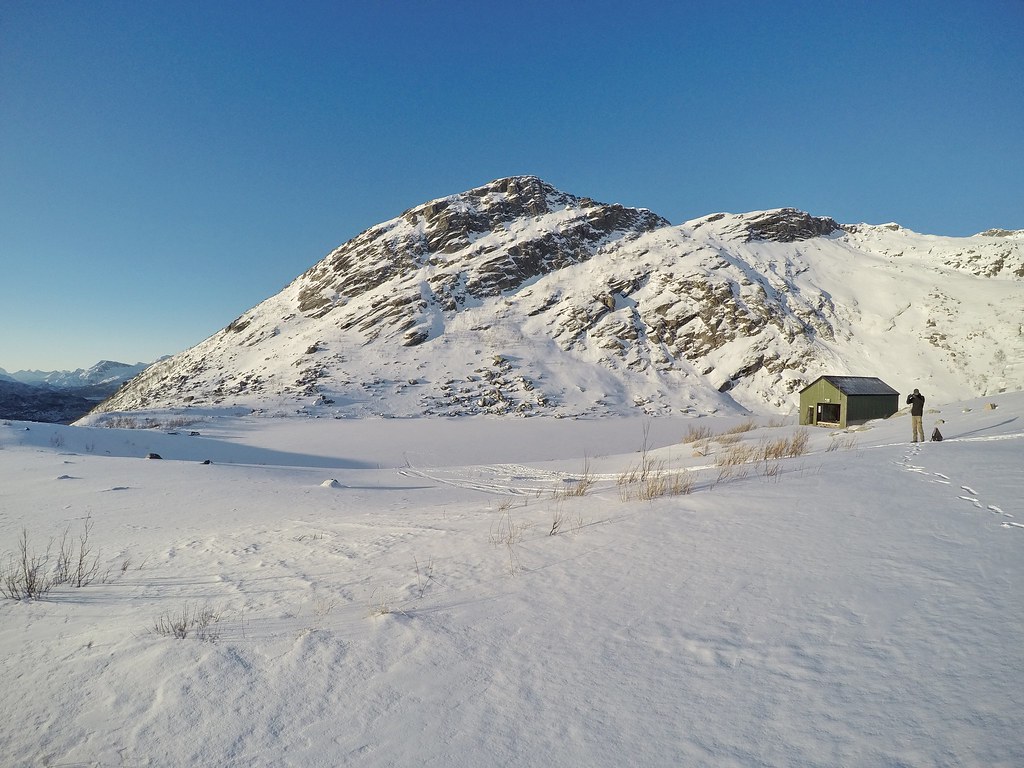 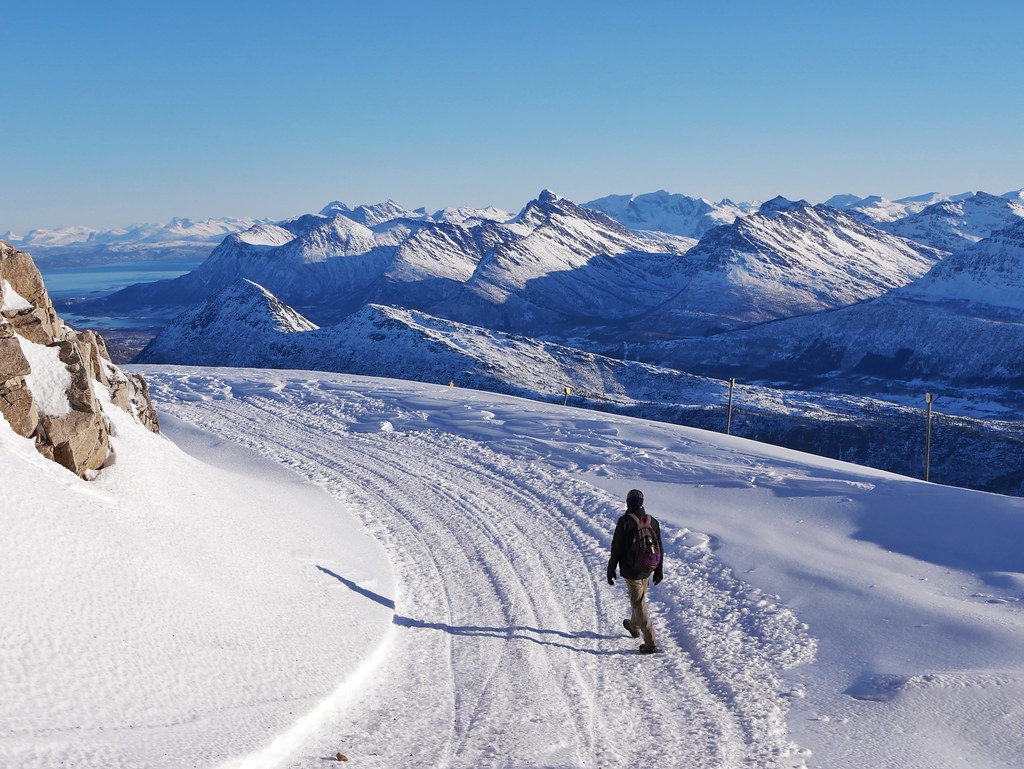 We were almost at the top, the summit was just 50 meters ahead of us, but we came to a grinding halt. Suddenly all the ground was frozen solid. The summit was a sheet of ice and our feet were slipping. If we fell, we had no ice axes to stop our fall, and the fall wasn’t steep, but it was never ending. We would slip down half of the mountain and possibly over a cliff-edge where a frozen waterfall dropped down into the frozen lake. So we had to backtrack and find a different route, but as we looked around all we could see was the ice covered ground glistening in the sun. It was bizarre how we could be hiking in deep snow and the next step was solid ice. We tried four different routes and thankfully the final one was successful, we reached the top!! The views were incredible, we were on top of the world with snowy peaks all around us. Distant lakes were frozen solid while the open sea and fjords were a deep blue colour. It was a tough three hour climb through snow but definitely worth the effort. 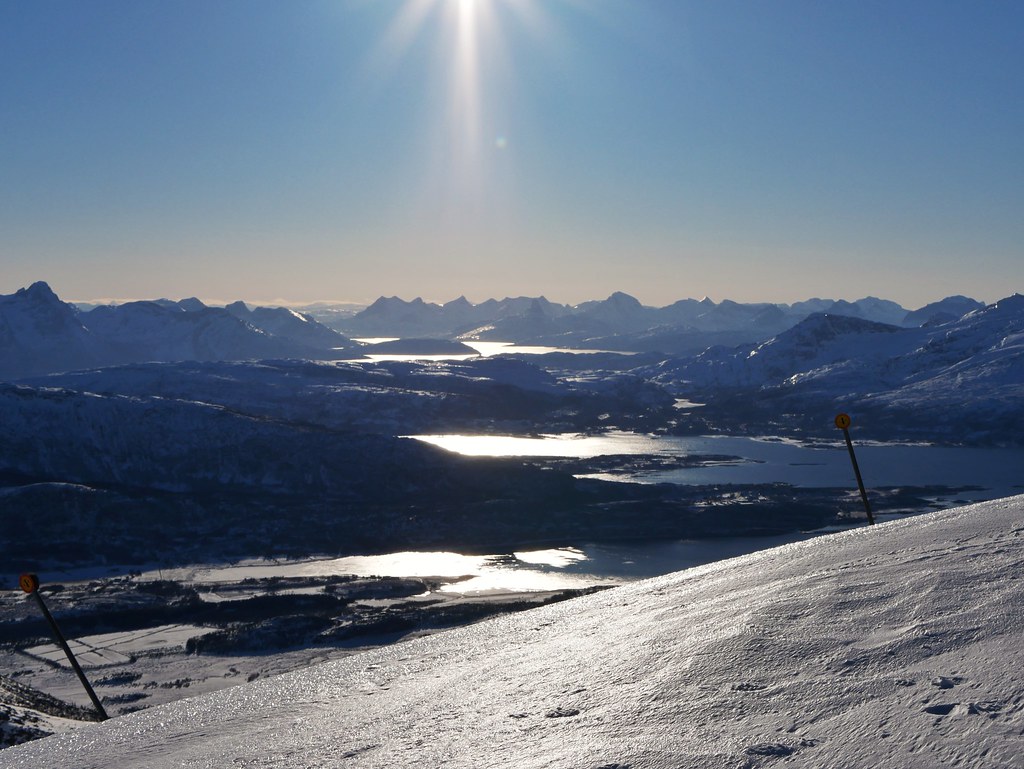 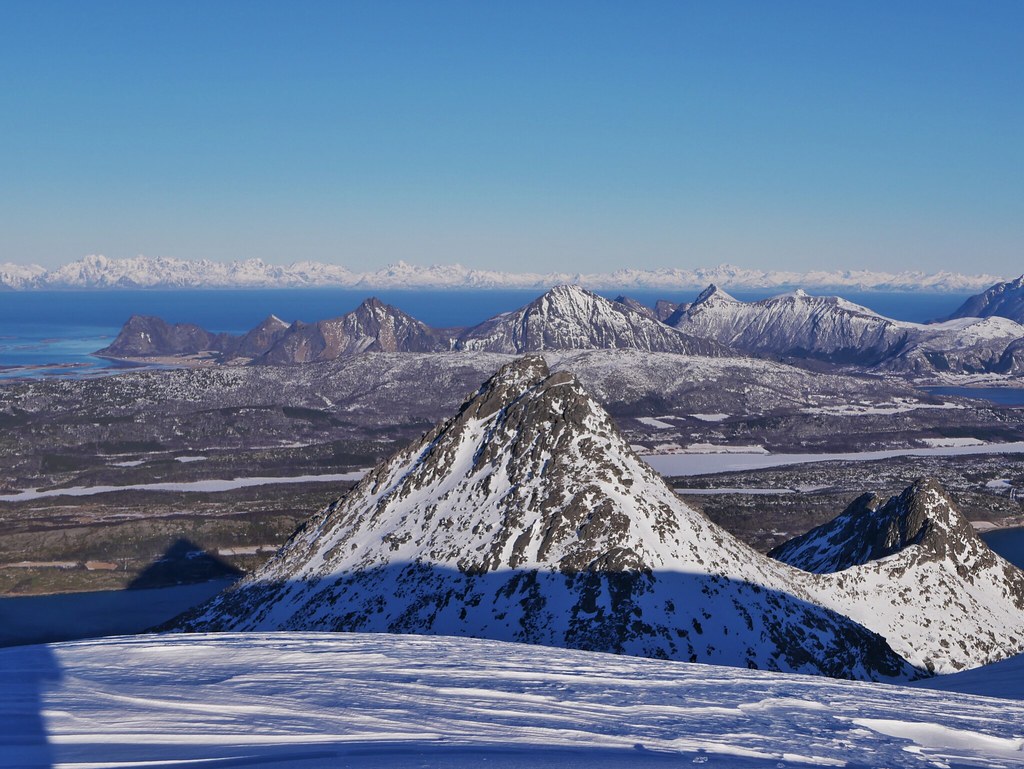 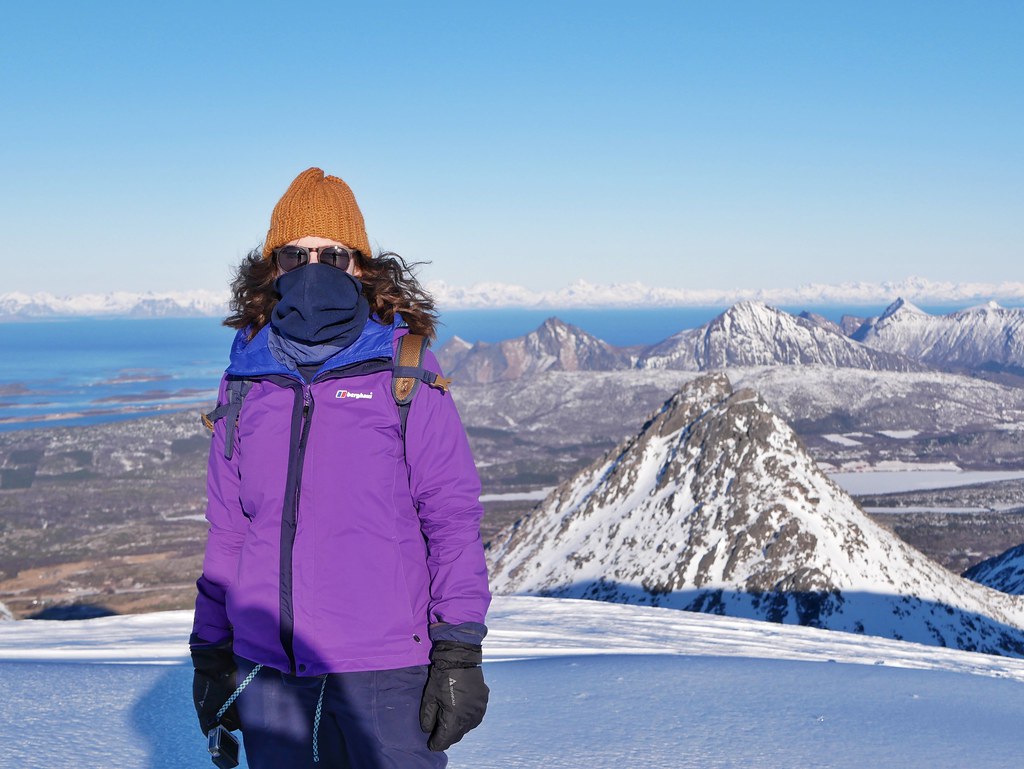 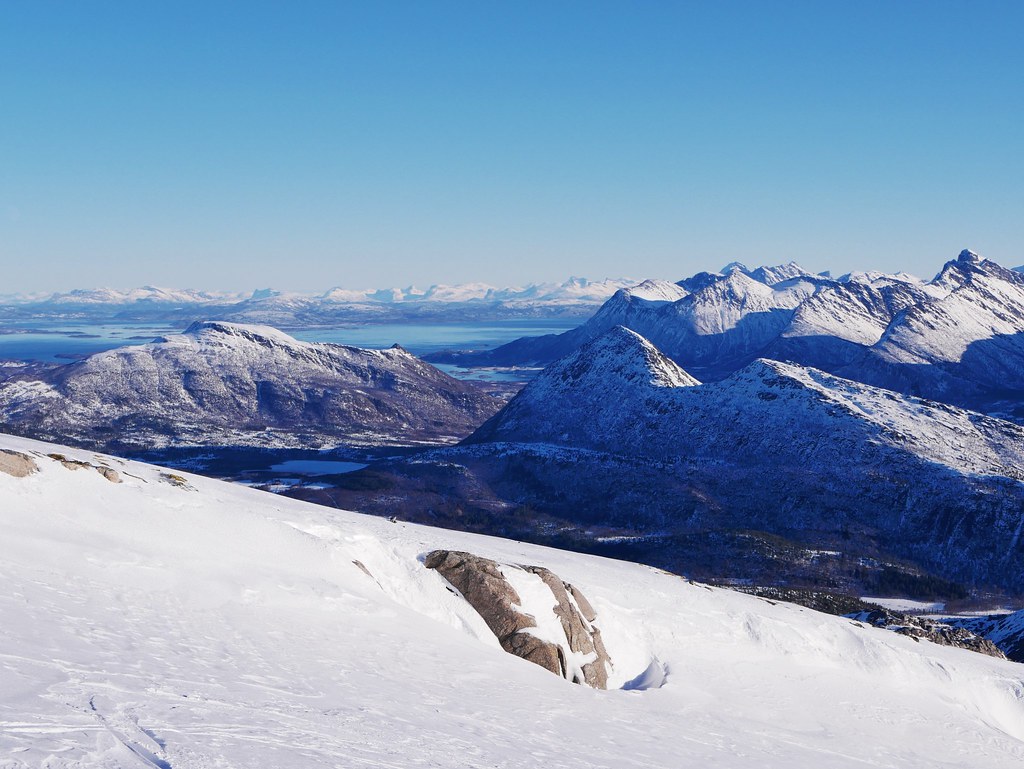 On our way back down we stopped at the hill above the lake and found some scrap wood from a hut so we could go sledding. It was great fun and the landing strip was the snow covered lake. We ended up taking about 7 hours to do the whole hike as we had a long section on the road to get back. A great final hike in beautiful Steigen. 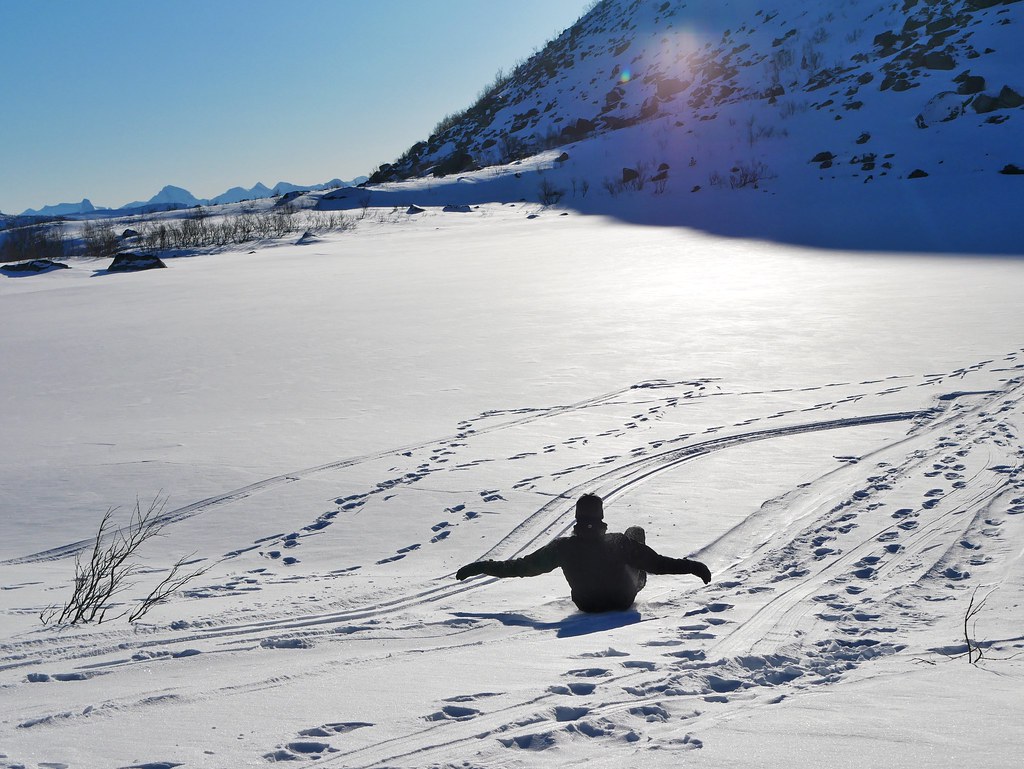 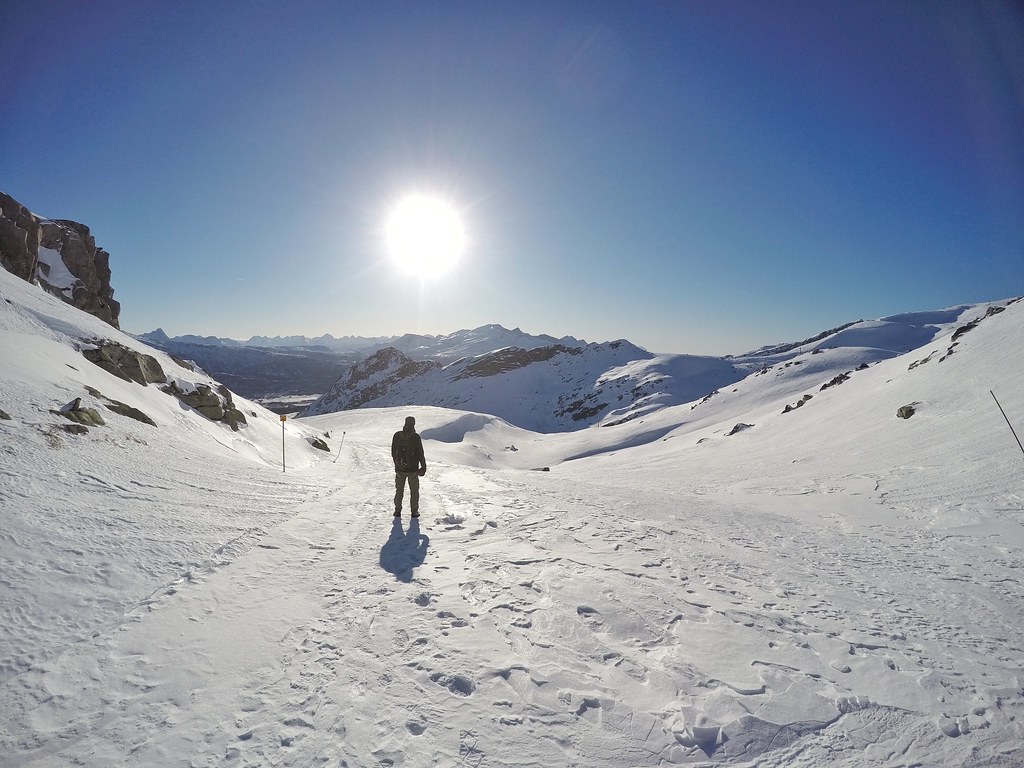