We knew Tulum was famous for its beaches, ruins and Cenotes but we also managed to find a cool spot off the beaten track. It was a lake called Laguna Kaan Luum and only about 8km south of Tulum town. Not many collectivo’s head south so we were lucky to only have a 15 minute wait in the hot sun. The driver didn’t even know where the Laguna was so it was a good job I followed our progress on a loaded map on my iPhone and could quickly shout for him to stop. A dirt road led 500 meters through the jungle to a little shack with a jolly Mexican man. It cost about $2 per person and we were given a snazzy green wristband. 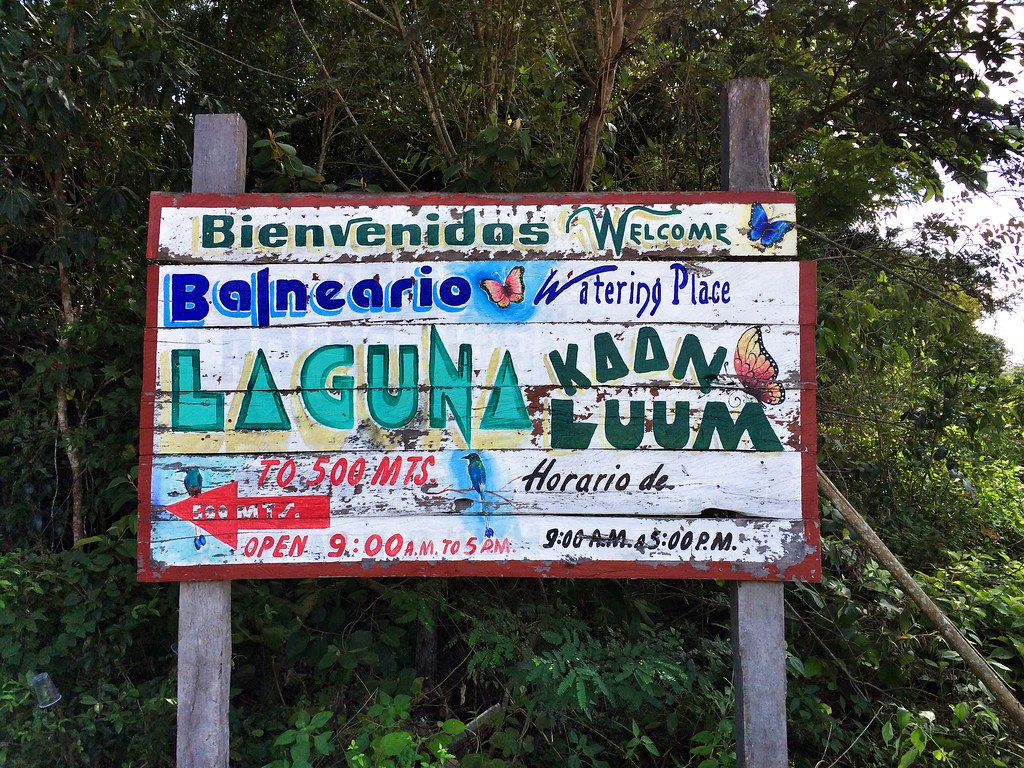 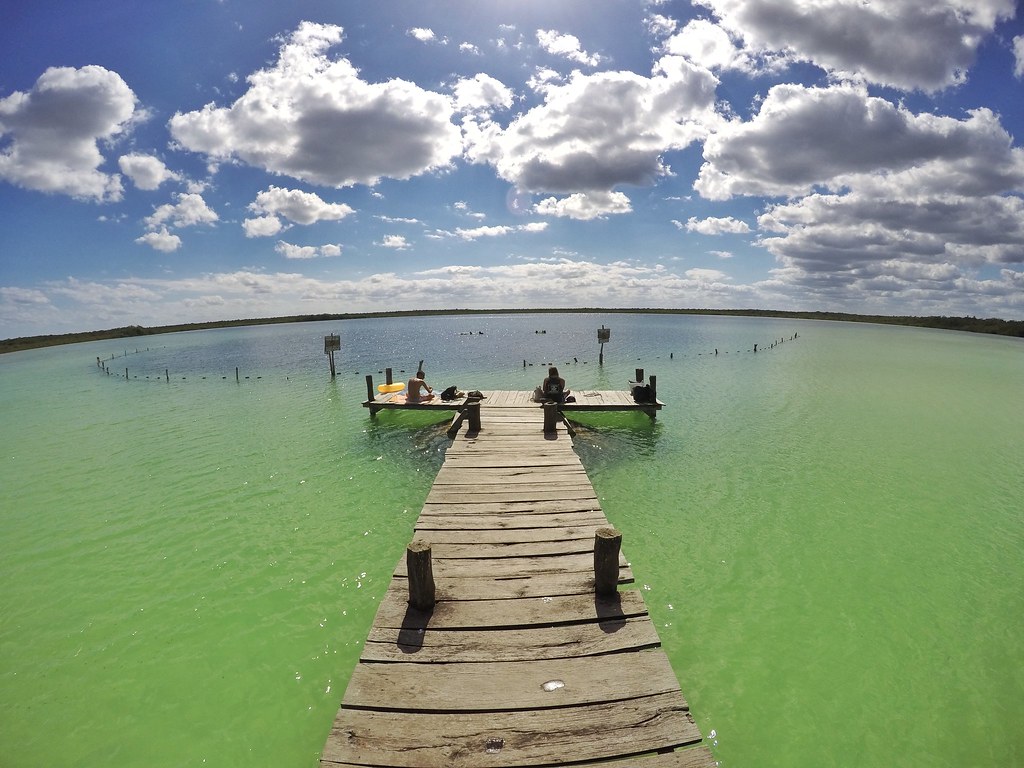 The place was totally undeveloped, with just a thatched hut, and a wooden jetty leading into the greeny turquoise coloured lake. The lake itself was surrounded on all sides by jungle and mangroves. Small crocodiles are said to live here and regardless of the size we didn’t particularly want to bump into one. We didn’t have the place to ourselves but there were only a few people and we bagged a great spot at the end of the pier where we could lay out our towels and jump straight into the fresh water. It wasn’t crystal clear but was still very nice and there were lots of tiny fish swimming around. 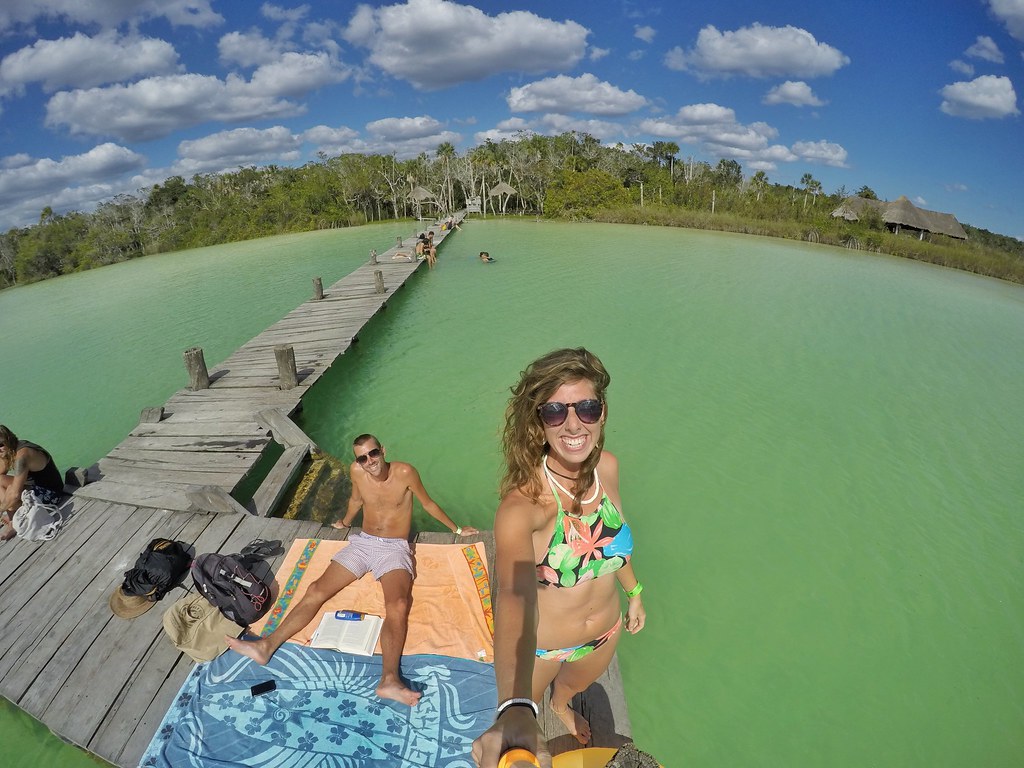 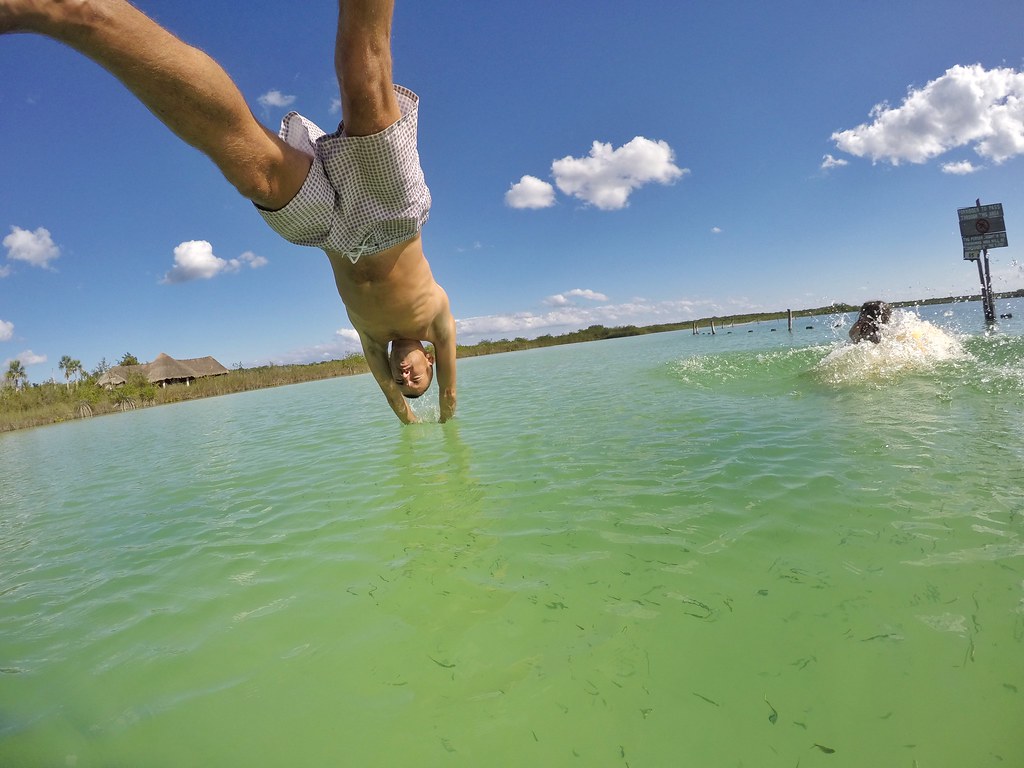 To the right of us was a dark area that was roped off with signs saying it was dangerous and do not enter. It was basically a Cenote within the lake that dropped 85 meters down. The only people allowed in the deep hole were scuba or free-divers. There were a few free-divers there when we arrived and the instructor could hold his breath for up to five minutes which was just unfathomable to me – 30 seconds and I’m done. I even struggle holding my breath when we go through tunnels, I’ve never won the competition and yet Craig insists we play it every time we drive through a tunnel, regardless of it being 30 meters or 3 miles long. 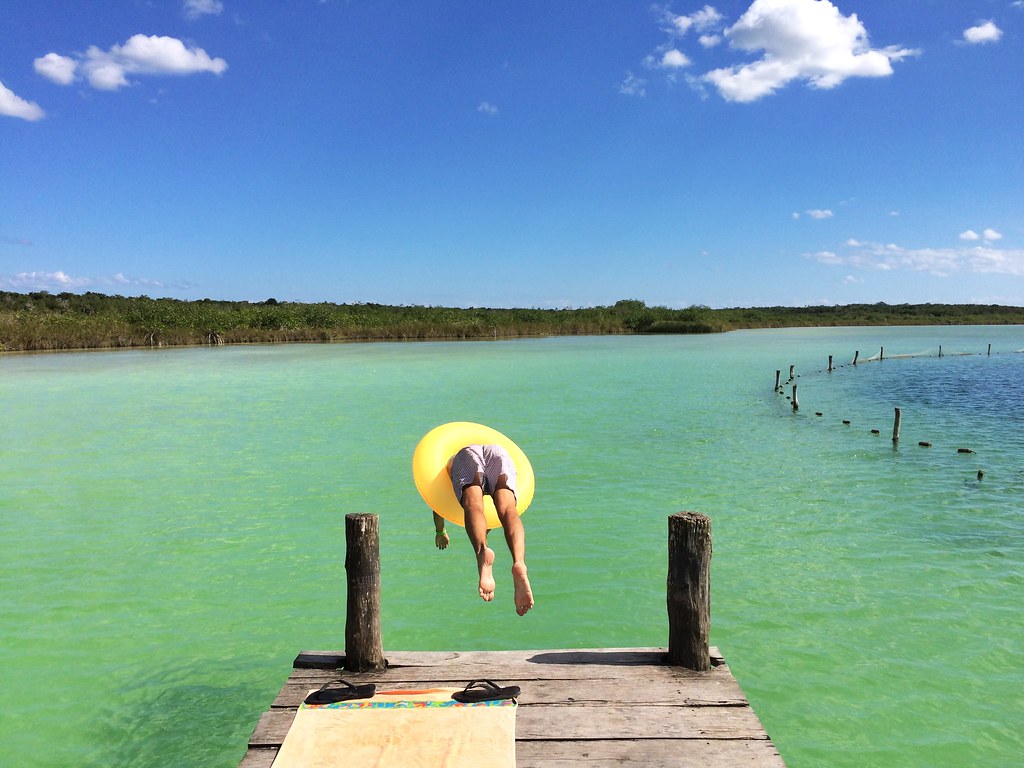 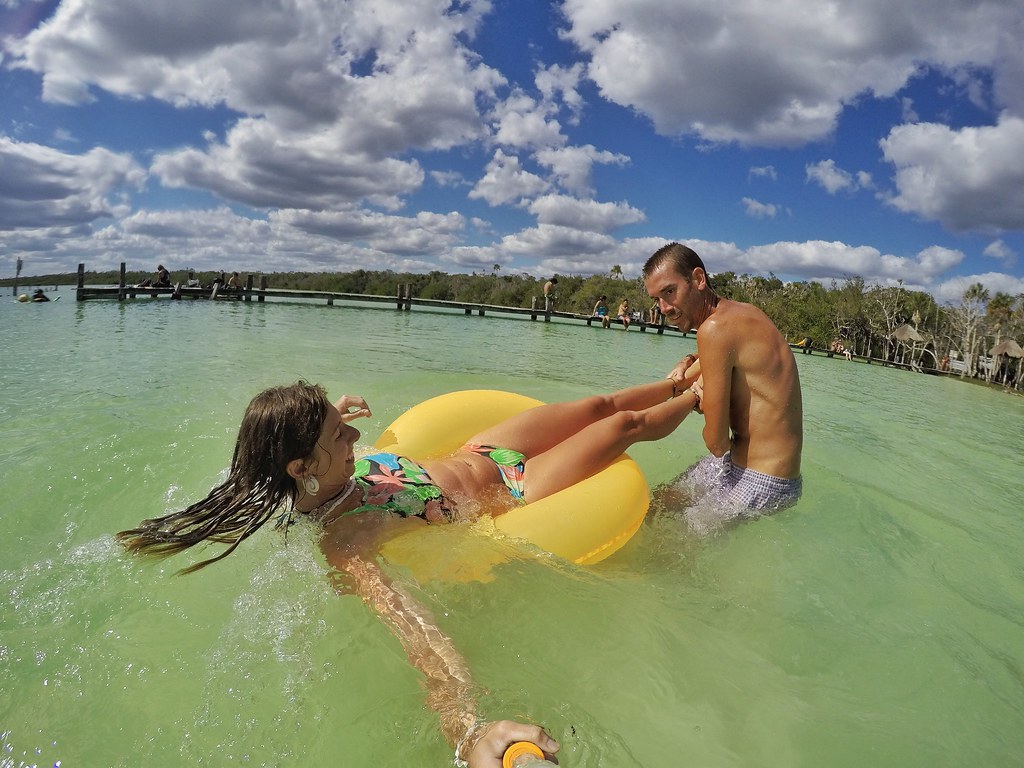 We spent a few hours, jumping in the lake, swimming and playing around in my rubber tube. A Mexican family came along with a crate of beers but generally it was a very quiet place that’s not on any tourist map and a pretty unique place to visit if you want to escape the Tulum crowds. 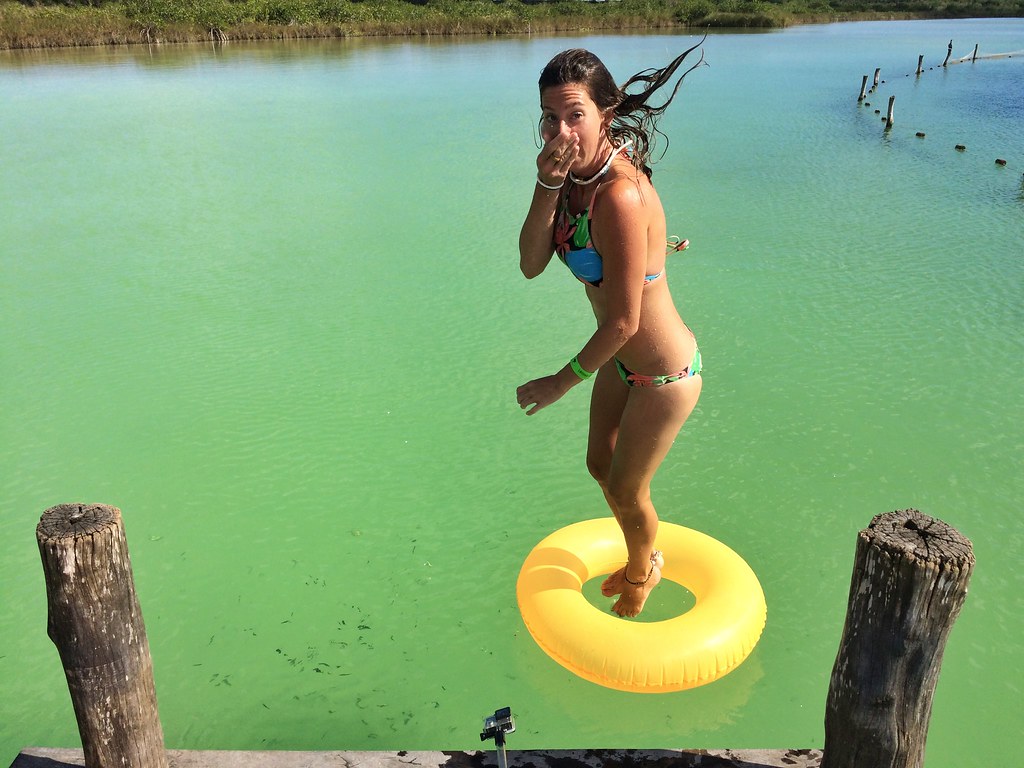 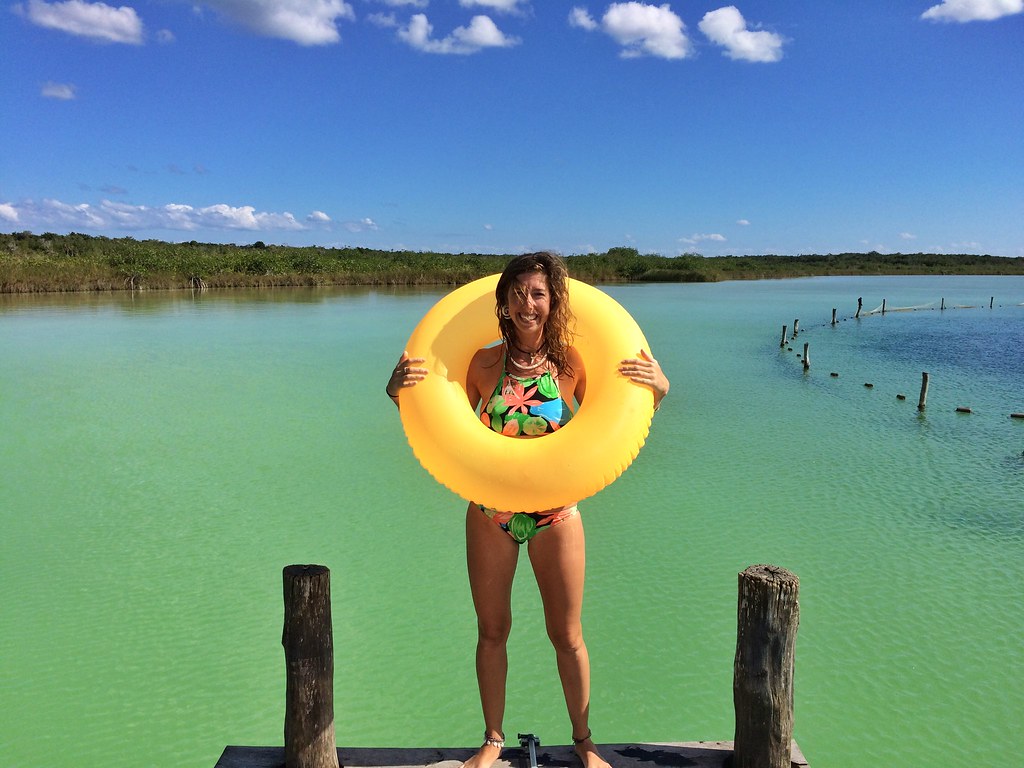 We barely had any proper chill time in Mexico which was fine by us as we love exploring. But we did make an effort to spend a day at our Airbnb pool seeing as we paid for the luxury and actually did want to just stop and relax awhile. No one else seemed to use the pool so it was a very tranquil day of sunbathing, swimming and sipping beer at the pool ‘bar’. It was clearly once a cool bar but had since been abandoned so we brought our own beers along and took it in turns to be the pretend server. 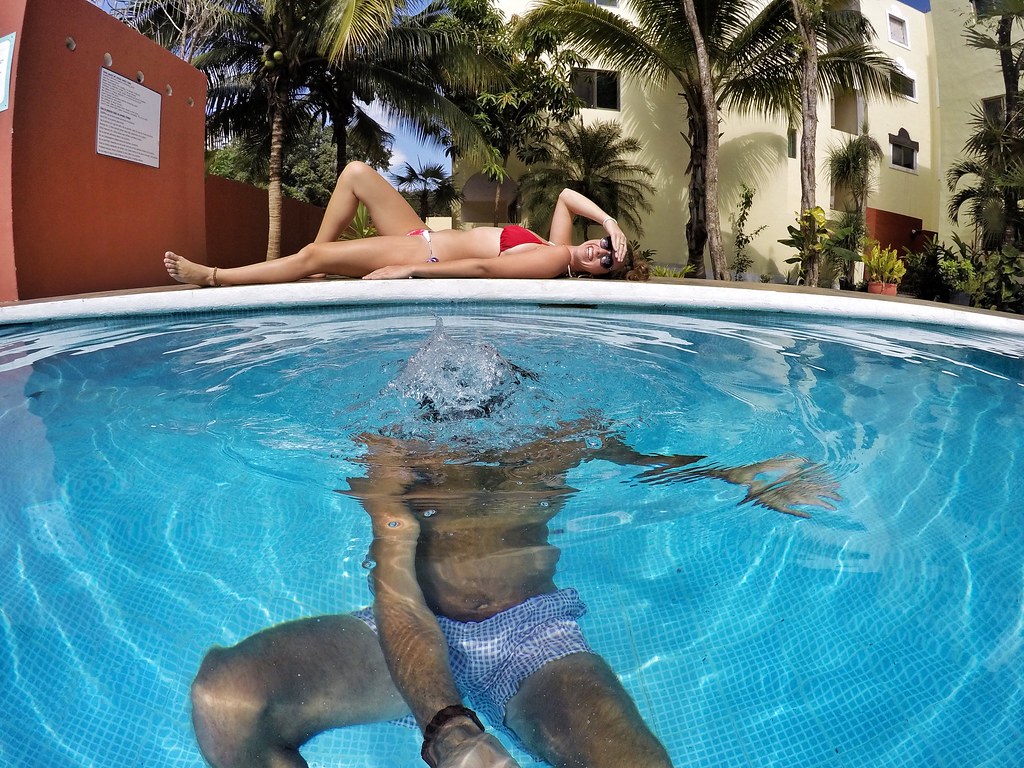 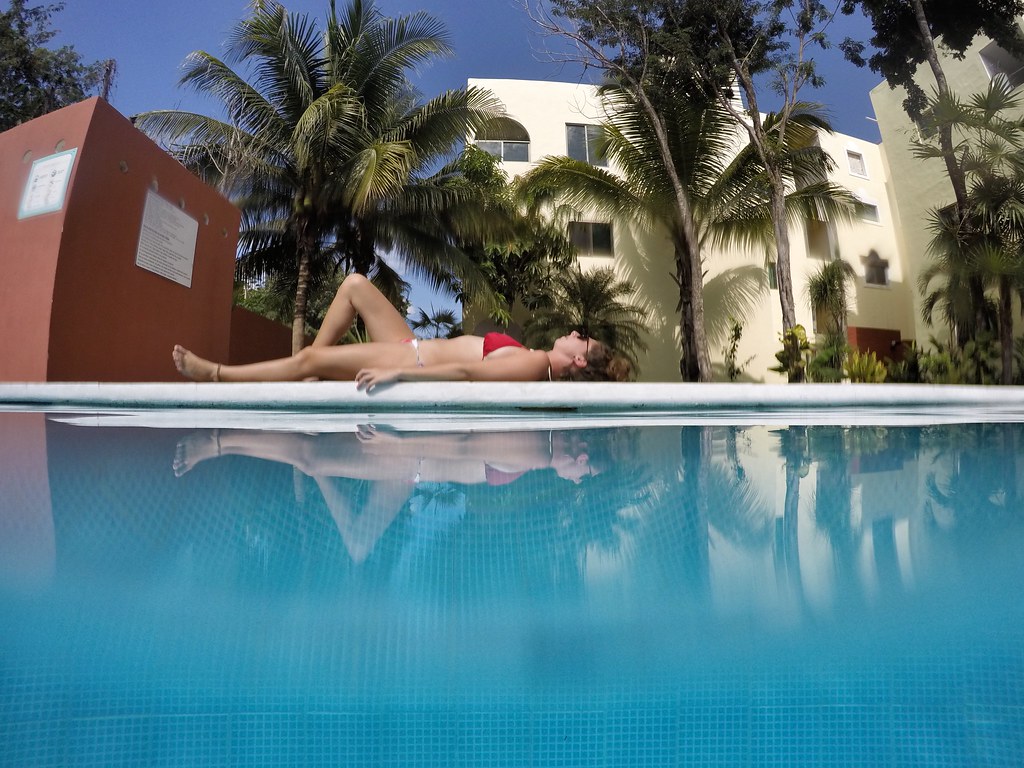 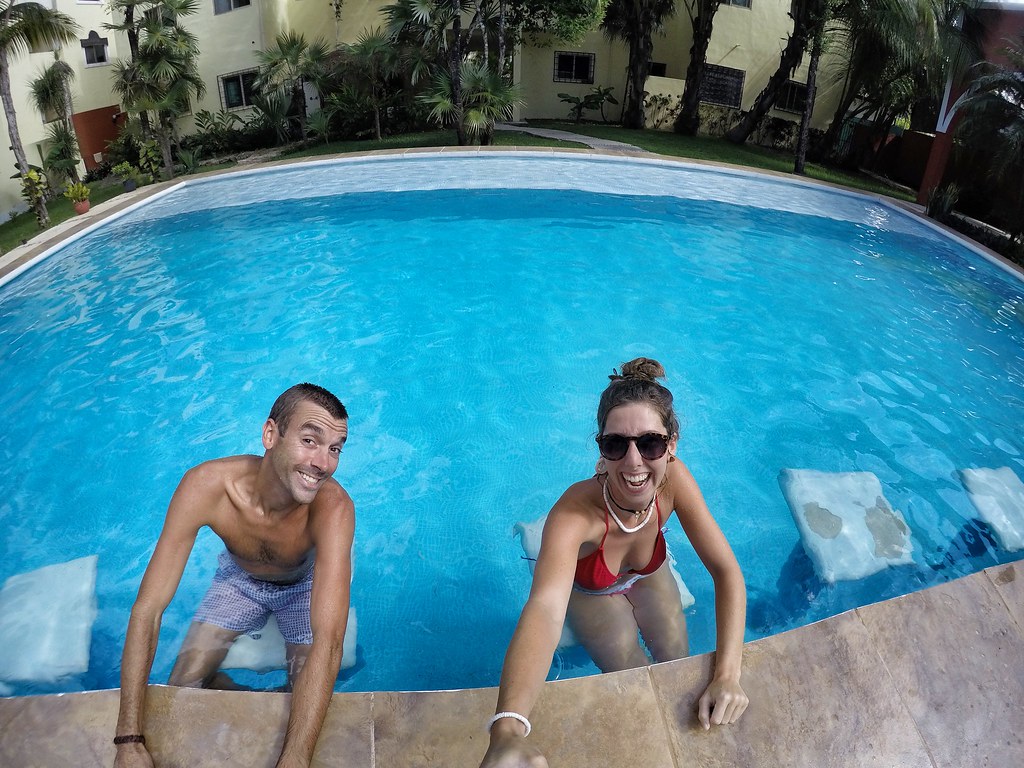