Wuyuan’s countryside is scattered with beautiful Huizhou villages – the buildings are very distinctive, white washed with curved black roofs, all clustered together and surrounded by hills and vegetable crops.

The Huizhou villages are the home of wealthy merchants; young men of the house are sent away to earn money in lumber, tea, salt etc and rarely return home. Instead they funnel their earnings into the construction of their family’s lavish residences until later on in life when they move back and send their kids away to do the same.

We based ourselves in the beautiful village of Likeng. It’s certainly been revamped for tourism but there was no denying it’s beauty. Traditional homes and shops draped in red lanterns were built alongside a trickling river with lots of wooden plank-bridges leading across. 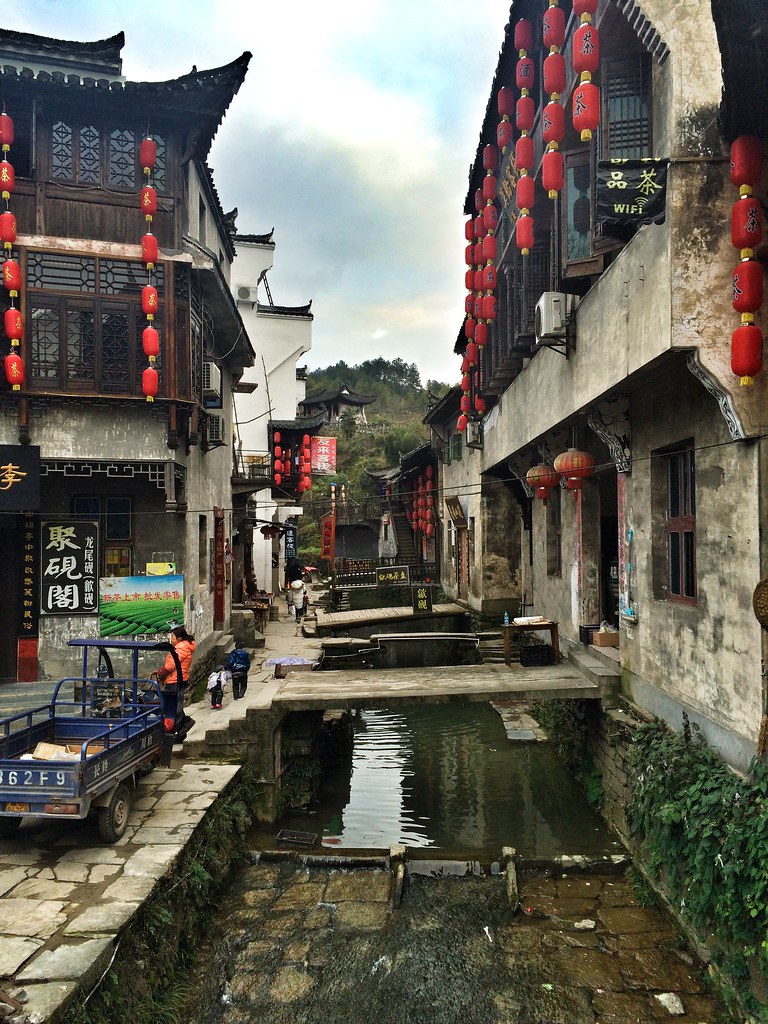 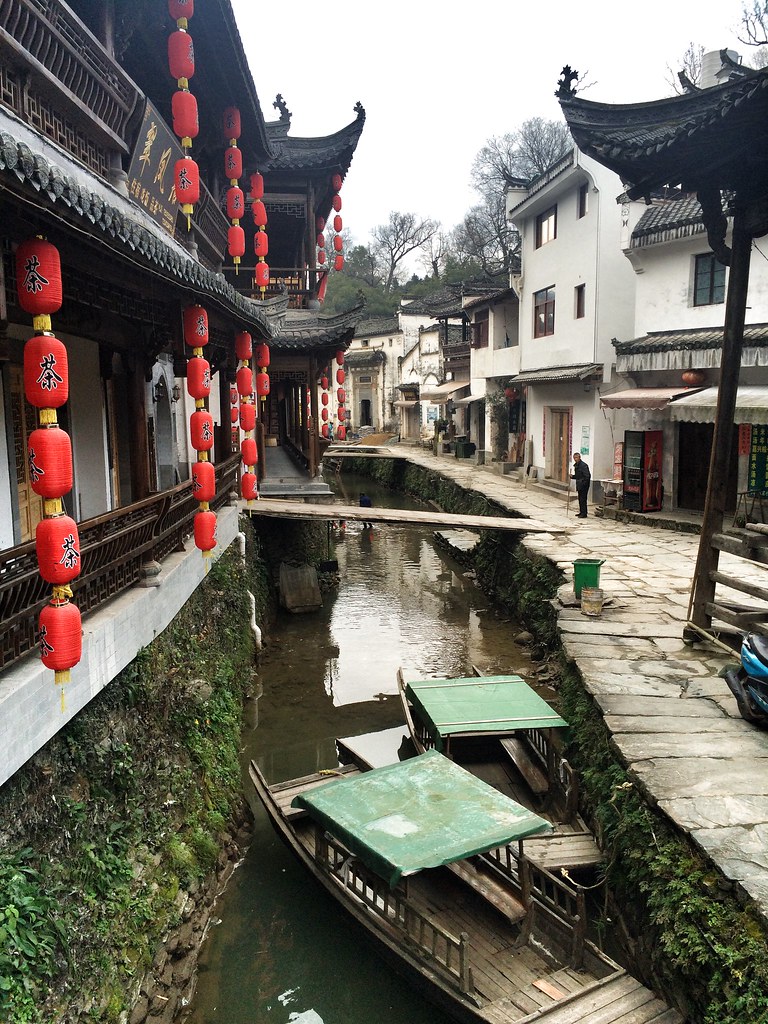 The Brook Hotel was perfect with clean, comfy and warm rooms and it was amazing to be out in the countryside for the first time on this trip. We wandered up the river and had friendly stray dogs following us all the way. Locals washed clothes, vegetables and fish in the icy river and nets held orange carp in the water waiting for someone to order it from a local eatery.

The development was pretty crazy, new hotels were popping up on the outskirts of the village, still being built to look like the other houses, but the air con units were a bit of an ugly give away. The area was alive with chickens and ducks who seemed to get on fine with the local dogs.

When we went to order food from our hotel we were surprised to see it was reasonably priced, and there were loads of vegetable options for me!! In fact meat dishes were 2-4x more expensive so Craig shared a variety of dishes with me. We had fried peppers, pumpkin, fresh bean sprouts which actually had green beans on the end, not those rank browny beige ones we get in packets back home. Then we had grated sweet and sour potato and egg fried rice. I was in heaven. 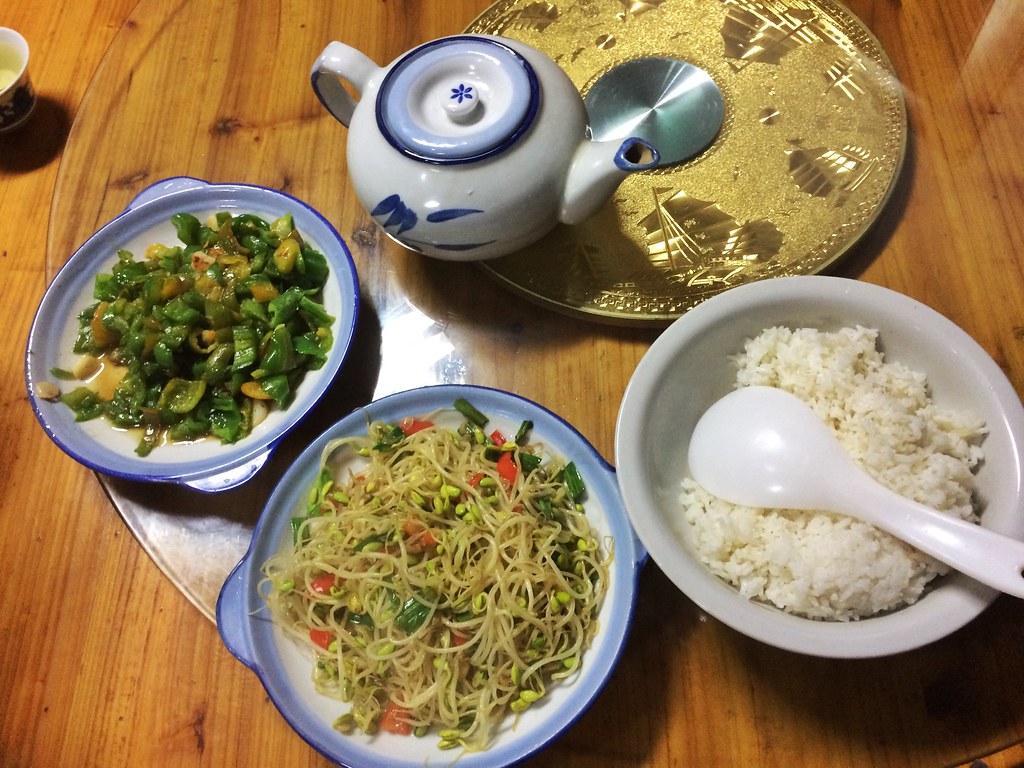 We visited Jiangling the next day which I’ll right about in another post. And the day after we went to Xiaoqi. It cost about £6 entry into the village, most scenic villages charge to visit in China which we hate. I don’t mind paying if it’s worth it, but the village was shit. It had a couple of very old Ming and Qing era mansions which you could peak into but they were dark and it was hard to imagine them in their heyday with kids bikes and junk in the room. 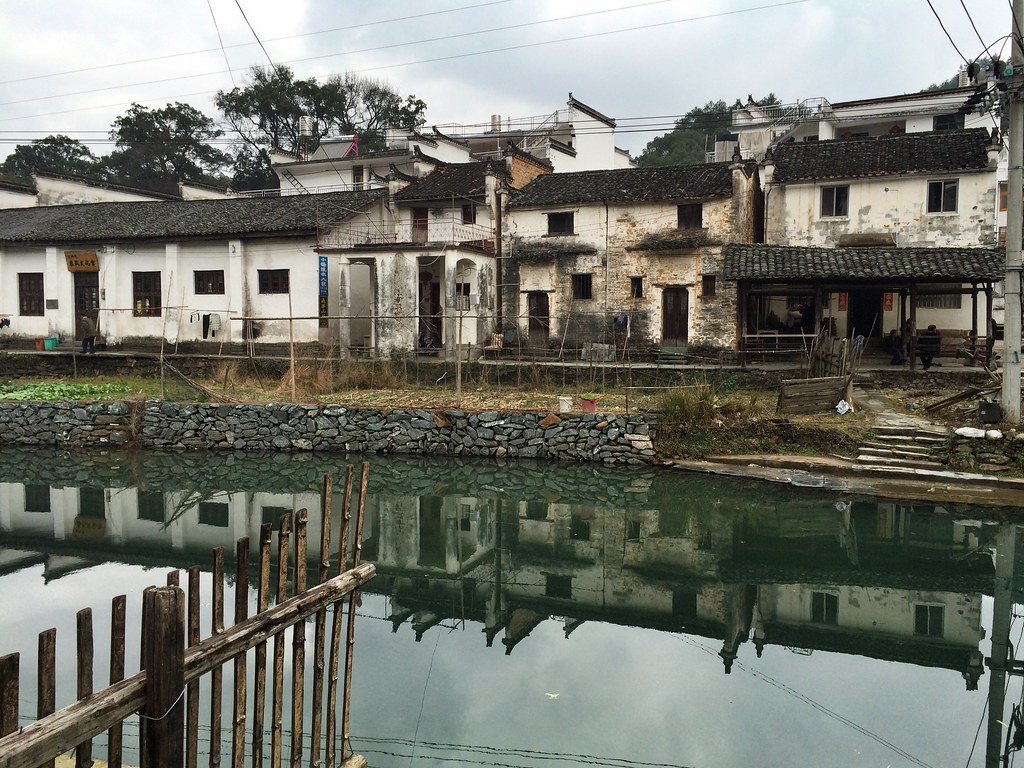 A 500m stone path led from the lower village to the older one so I was hopeful but it still didn’t impress us. There just wasn’t much to it. The locals were smiley as ever though and I managed to get some nice shots of them which made the journey slightly more worthwhile. 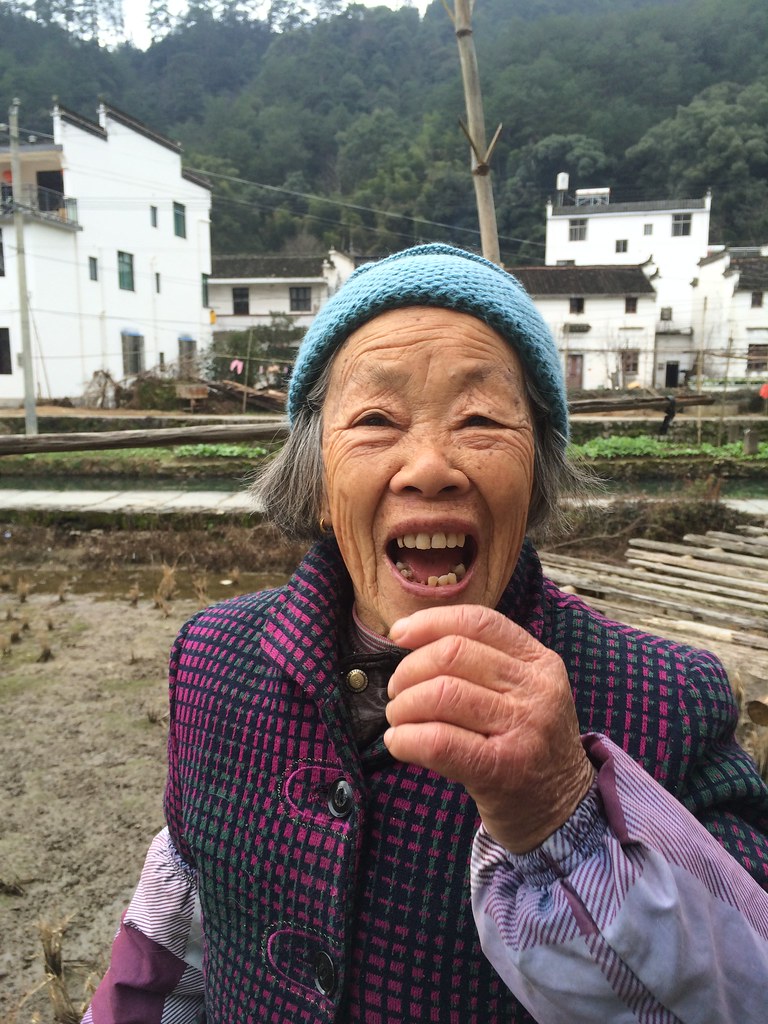 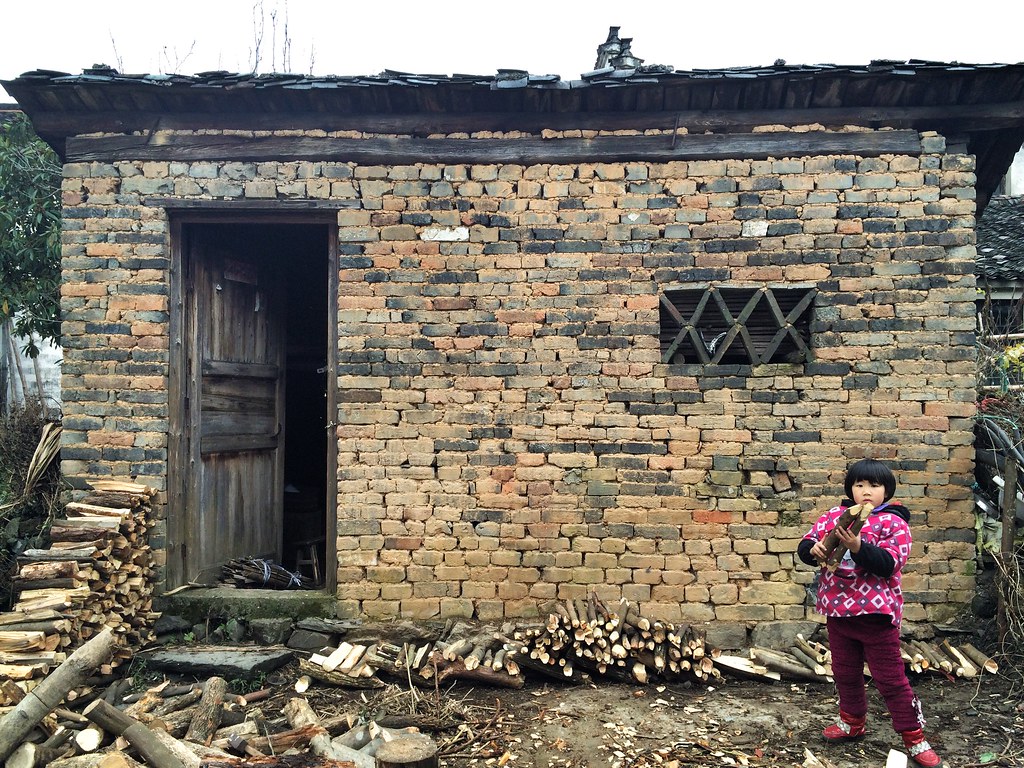