Brochures never show photos of this picturesque lake in the rain, but luck was on our side as we got to visit on such a day! Along with the rain we were treated to thick cloud and fog which blocked all mountain vistas, hooray!

Bled town sits on the shores of the lake and spreads up a hill. The countries oldest castle sits above the lake atop a cliff, a church is on it’s own tranquil island, and mountains surround the area; it’s no wonder it’s such a popular destination.

What a miserable day to see such a beautiful place though. Best not dwell. It had been four days since our last wash, and as they say, beggars can’t be choosers. So we donned our swimmers, walked through the rain and dunked into the shallows as if we were holy men in the Ganges. It was cold, but the sea in Northern Croatia was colder. We must’ve looked rather peculiar as tourists walked past in ski jackets and umbrellas. Yeah we got brain freeze, but we felt so refreshed afterwards and wondered why more people weren’t doing the same. We cranked up Pablo’s heating and had a van-sauna before dressing in warm, clean clothes, boy did that feel good.

In the afternoon we did what anyone else would do on a rainy day; visit a gingerbread museum. It was a small cellar with two women in old fashioned frocks. One was busy cutting heart shapes in the dough, while another gave us a very quickly spoken speech about the history of gingerbread in that very building. We were offered a taster of the traditional recipe gingerbread that hasn’t changed since it was first made in the 18th century. I think it’s time they burnt that recipe and started afresh. I’ve never tasted such dry and flavourless gingerbread in my life. It was like stale bread. We were told they can be eaten within 6 months or kept as a souvenir for many years. They were decorated quite nicely though, so I bought a very overpriced slab of dough covered in dye. When I went to pay she asked us to pay a €1.50 entrance fee each. I didn’t expect to have to pay after buying something, plus if that was a museum, then I might consider opening Pablo up and charging an entree fee, maybe show people how we change the sofa into a double bed, how we cook, and maybe even give them a non-stale biscuit, because we’re nice like that. The worst thing was we would normally like to get our money’s worth and grab a few more free tasters, but they were that bad that we didn’t even bother.

We spoke to a very chatty shop owner who told us it’s been the worst summer for rain with 63 wet days. She said even England had a better summer, who’d of thought it, eh? 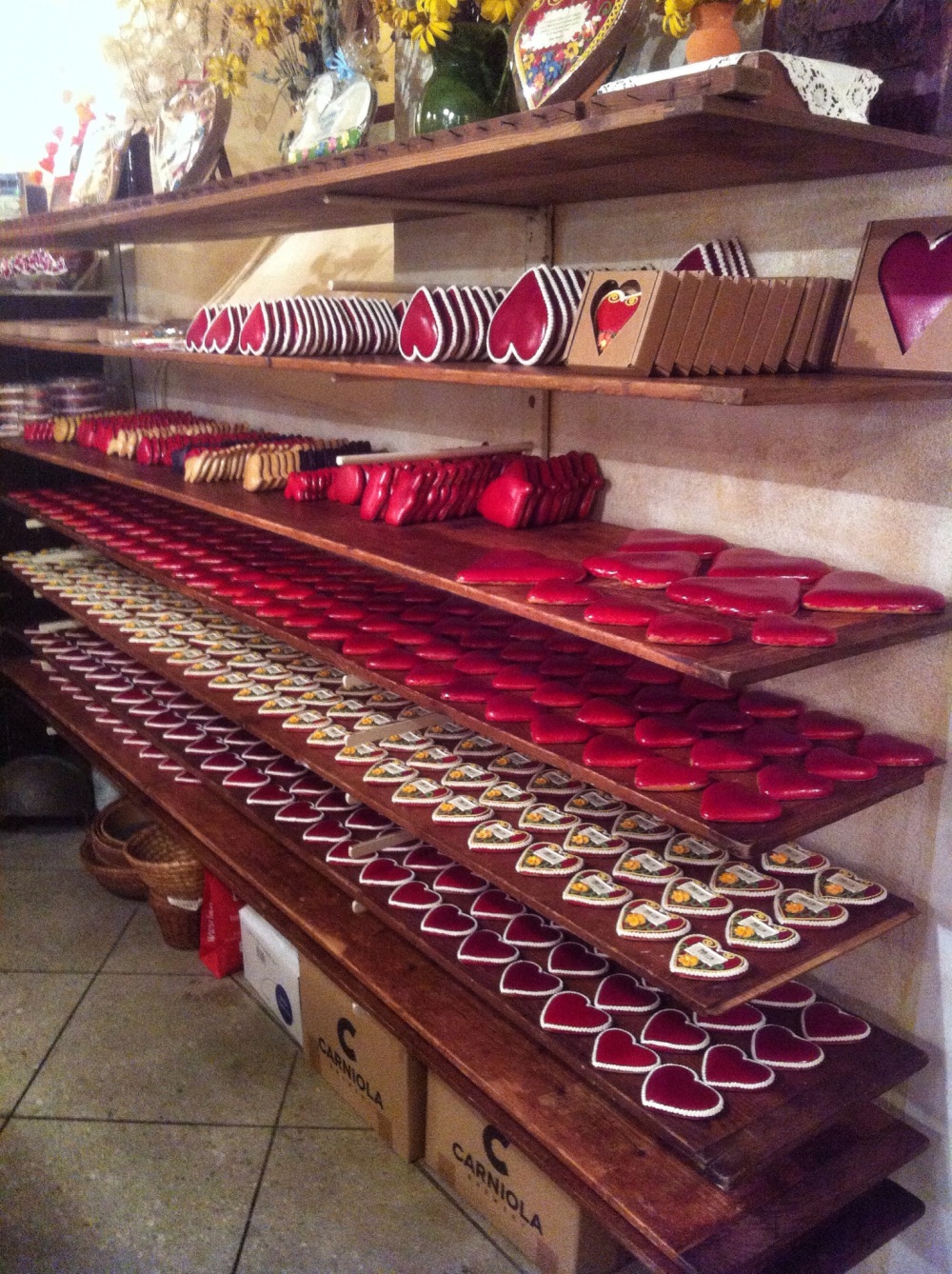