We’re well and truly in bear country now. Romania has 40% of Europe’s wild bears, if we don’t see one here, our chances elsewhere are pretty slim.

We drove south of Brasov to the Southern Carpathian’s where the ski village of Poiana Brasov sits at 1030m. Finally we got a piece of tranquility compared to the national parks in Central Europe. We decided to get the cable car up to 1800m as it was only €5. We expected it to be busy but there were only 2 other families. From the top a short scramble led us to a panoramic view of the mountains. They weren’t dramatic, but they were very beautiful. Forested hills were layered behind one another and a misty haze swept between them.

We followed the ridge line in each direction for great views till it became too precarious and sheer edged. Then we hiked along the ski runs back down the mountain. At about the half way point we got to a section that had steep sides and formed a gully. Then we saw it, a glistening black bear poo! Yes! We know your round here bear….

From then on we saw four more poos. The area must be bear paradise. When we saw another one we heard a sound in the woods, tree branches were snapping – we figured it was a bear. I was ready with my camera while Craig said he’d grab a stick. I looked around and he was practically holding a tree trunk. ‘Erm, I think that’s a bit excessive Craig’ to which he replied ‘It’s to defend us against a bear Lauren!’. We had a peek in the forest but didn’t see a bear so Craig ditched his tree, satisfied that he’d scared the bear off with it.

The next day we drove towards Zarnesti, where the LiBEARty bear sanctuary was. It was set up in 2005 with lush forest, springs and pools and is considered to be the best brown bear sanctuary in the world. Sadly, Romanians have used bears for entertainment purposes, whether it be training them to dance, summersault or ride a bike in a circus or being chained up outside a restaurant in a tiny metal cage, purely to attract customers. Bears are now being rescued and brought here.

It cost €10 to visit, and a guide walked us around the sanctuary. We were so excited when we heard American and English accents in our group, at last, we can socialise! It’s been so long!

To start with we were shown a movie about the whole project. It was all dedicated to a bear called Maya. The lady that set up the place had seen her starving in a cage outside a restaurant in Bran. She drove 100 miles everyday to feed her. She put a tire in her cage to play with and talked to her, giving her reassurance that she was trying to get her out. But after a while Maya started showing signs of depression again, she was giving up hope. She ended up self harming (I had no idea animals would do this) where she gnawed into her paw right down to the bone. They operated on her but she ended up passing away in the arms of the lady.

I suppose in a way her horrible death has made people more aware and saved other bears in the long run. The centre is now home to 81 bears. The video showed nice moments too, like a bear being released from its awful cage into the forest for the first time, he instantly ran out and hugged a tree.

Straight away we were standing infront of about 6 beautiful brown bears. All the men are sterile so they won’t breed, it’s not a breeding place, just rescue. So they can all live together in harmony with no aggression in the mating season.

The bears were a lot smaller than the ones we saw in Finland. One lay down infront of us and crossed its stumpy rear legs like a human would. While another scratched his back on a tree with his arms bouncing up and down like Balu from the Jungle Book.

In the wild a bear lives to around 20 years old, but in captivity it’s much longer and we met the oldest couple at 40 and 42 years old. It was an enclosure for just those two…and a wolf! We found it so peculiar that a wolf lived with the bears, it was like the pensioners enclosure as the wolf was also an oldie. Charles the male bear looked awful, they both did really after spending their whole lives in a pathetic cage, their growth had been stunted. He looked really feral, his fur was patchy, he was skinny and he had snot hanging from his nose. He’d only been rescued a few months ago so hopefully his condition will improve.

The next enclosure was a lone bear called Max, he was really big with lovely black fur. We were told that he used to be chained up by his neck and tourists paid to have photos with him. The guide said the owners had blinded him, he didn’t know how but he thinks they poked his eyes with something. At that point Max looked up at us and you could see his eyes didn’t meet anyone in particular, it was really sad. The old owners used to give him sleeping pills to make him mellow for photos. The poor thing won’t swim in the pool as he’s too scared, as being blind he doesn’t know how to get back out.

The sanctuary is home to one Asian bear which is from Tibet. It was a much smaller breed, they tried putting her with the other bears but they wouldn’t accept her so she got her own enclosure. She was very old too and from her age she’d developed a cataract problem in each eye, so had very bad vision. One eye was totally misty. I think her name was Ursula, I felt awful for her, she looked a state, with matted fur and hay tangled round her head.

The condition of bears perked up as we went back to the big enclosure. One was sat like a teddy bear, just basking in the sun. I was getting carried away taking photos of her when everything came to a sudden halt. I heard a loud scream, and then realised it was from me, and a horrible feeling went right through my body. Then I realised my leg had touched the electric wire. Oh my god. It was the strangest feeling. My body screamed, not me, it was as if I blacked out for a second. This wave went whoosh right through me. My leg was burning where it had touched the wire. It was soooo embarrassing! There were about 20 people with us and I must of looked like a right dick. The American guy was all excited, ‘Did it hurt? Where did it touch you? Let’s see!’ So I lifted my trouser and was actually glad that there was a small red and purple patch, it was worthy of a scream. Our fly zapper is nasty enough, but that feeling was crazy. The group found it funny and one lady asked if I could charge her mobile phone for her with my finger.

By now we’d seen a fair share of bears so were enjoying just chatting to people. We met a funny guy from London who has many businesses and suggested one of them was worth 6 billion! He’s probably the richest person we’ve ever met, yet he was down to earth and very friendly. So good to hear an English accent again.

We saw a few bears hiding up in the trees, apparently they never fall out and can sleep up there. I wonder how many bears we’ve walked past and had no idea as they hang onto the branches above. It was a really lovely place to visit, some very sad stories but at least they live a happy life now, as long as they don’t touch the damn electric fence! 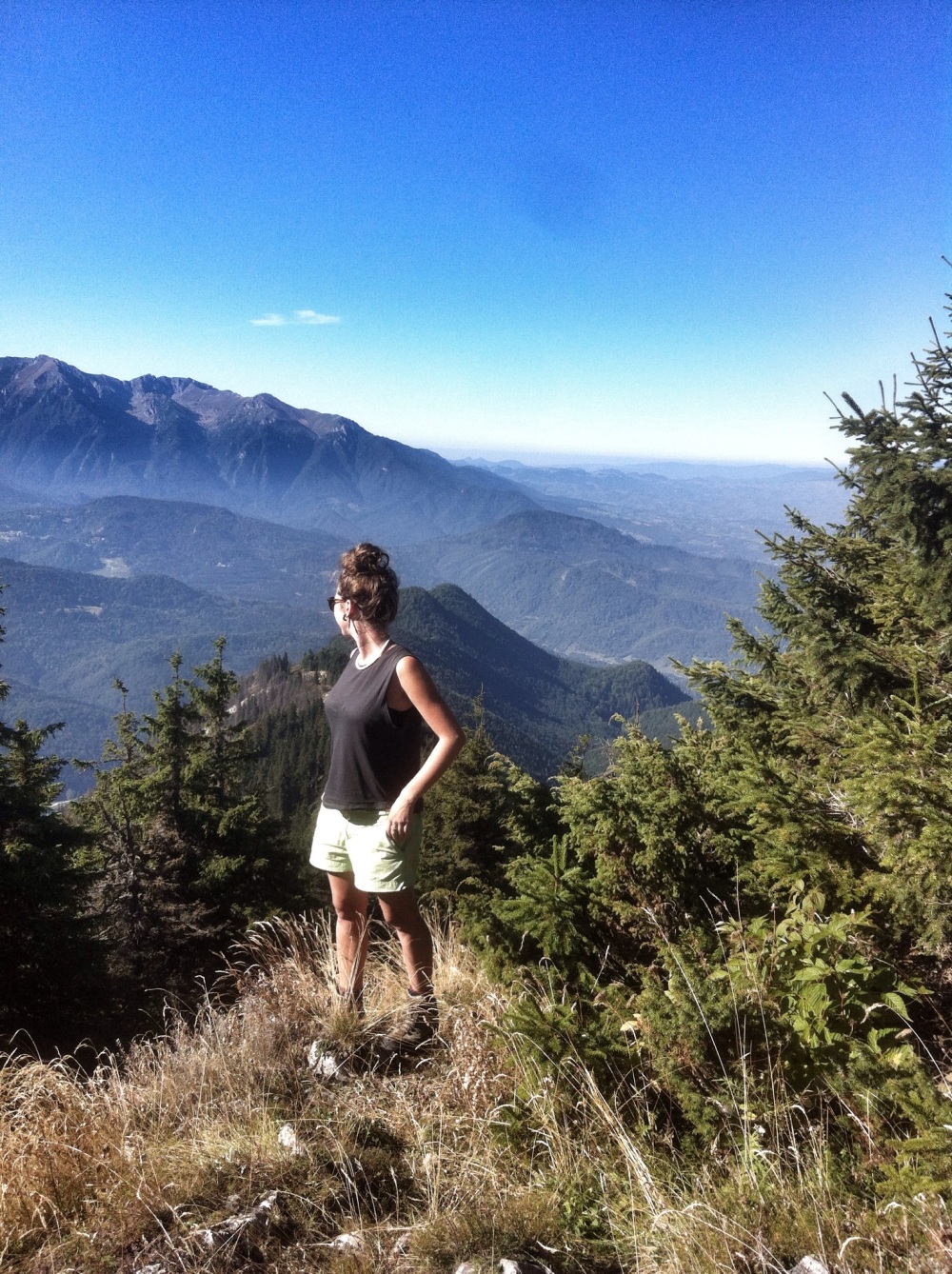 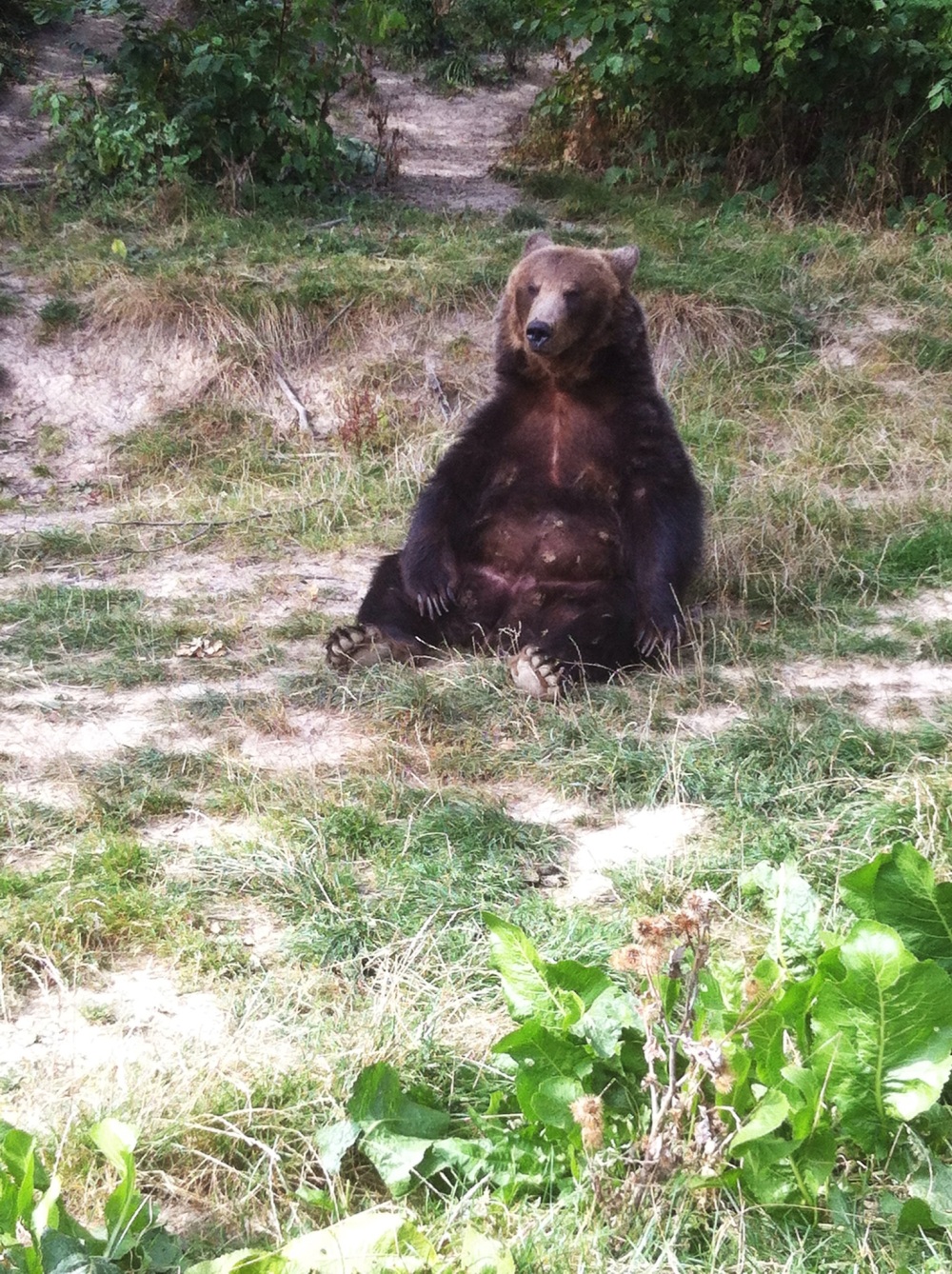