Poland hasn’t been as exciting as I’d expected. We visited some lakes in the north and finally had a day relaxing away from the hustle and bustle of cities after the Baltic’s. They’ve been the only swimmable lakes we’ve come across in Poland, the ones down south were murky and rubbish ridden.

We woke before the sun rose and searched for moose in Biebrzanski National Park, and clearly saw none. We looked for Bison in the primeval Bialowieza National Park on the edge of the Belarus border, and clearly, saw none of them either. We were disappointed with the lack of walks into the park that were possible without a guide. It all seemed to be about the animal park which was home to Bison and other animals so we joined the kids and admired the flat faced, fury beasts in an enclosure.

We managed to finally get Pablo fixed in Lublin. I’m so glad she’s fixed and we can drive on the many atrocious roads without her clanking away. But it was beyond stressful, the language barrier is starting to really test us and I find Polish impossible to learn. I can hardly pronounce the word for hello (pronounced Cheshch) I daren’t say it in public as I’m sure they’ll think I’m taking the piss.

Lublin was a cute city, it’s said to be like Krakow, but without the crowds. It had quite a small old town but really pretty buildings. Some were painted with such detailed patterns that it looked like they were covered in wallpaper.

We also visited the Majdanek state museum, which is one of the largest Nazi German death camps. We manged to get there just before it closed, it was very odd how we were only a few kilometres from the city centre, yet they kept the acres of land as it was. There were barbed wire fences, watch towers and rows of old workshop buildings. We wondered into the ‘shower, disinfectant and gas chamber’ building which was really eery. The information signs were captions from victims explaining what happened in there; How they were forced to go into concrete tubs of disinfectant, and how they would have to wait outside, naked and freezing cold, and then they were put under the showers which went from ice cold to scolding hot, before it froze them again. The gas chambers were the last rooms we saw, it reminded me of the film The Boy In The Striped Pyjamas. They were small rooms with a peep hole cut out the wall to watch the victims.

We drove all the way south, along the ‘chicken highway’ it was such a dull drive and the only thing keeping our eyes on the road was avoiding chickens, dogs and cats. Cats didn’t seem to have very good luck in Poland, clearly not beloved pets as they were splattered on roads and forgotten about. New houses were being built all over, they reminded me of Central America with smooth concrete, painted psychedelic colours.

We visited Sanok, Krosno and Bochnia, all towns I read about on a travel-guide app I got on my iPhone, and all not worth the trip. Sanok had the prettiest square, but that was all really, just a square.

We almost got ourselves a ticket from the police in the town too. I’d read that j-walking was illegal in Poland, hah! Well that explains why its hell to drive in Poland as there are pedestrian crossings every 20m, it drives us mad. As we got to a large road, we looked down and saw the crossing was about 100m up the road. ‘Sod it, shall we make a run for it? I can’t see any cops…’. So we ran, and halfway across a police car came into sight and pulled up along side us. A young policeman spoke to us in polish and we smiled innocently and said we only spoke English. The guy seemed quite excited to practice his and had a big smile on his face as he asked us lots of questions; ‘Why you not cross up there?’ ‘What country you from?’ ‘Where are you going?’ We explained that we didn’t know we couldn’t cross there, we were very sorry, we were going to the supermarket to buy bread, and yes, now we know we shouldn’t have crossed there. ‘Yes but you should know before, do you want ticket?’ we said no thank you and I quickly complimented him on his great English which seemed to please him and impress his colleague too. I was going to say what a lovely smile he had…like they do in the movies, but I left it at that and it was enough to set us free without a fine. 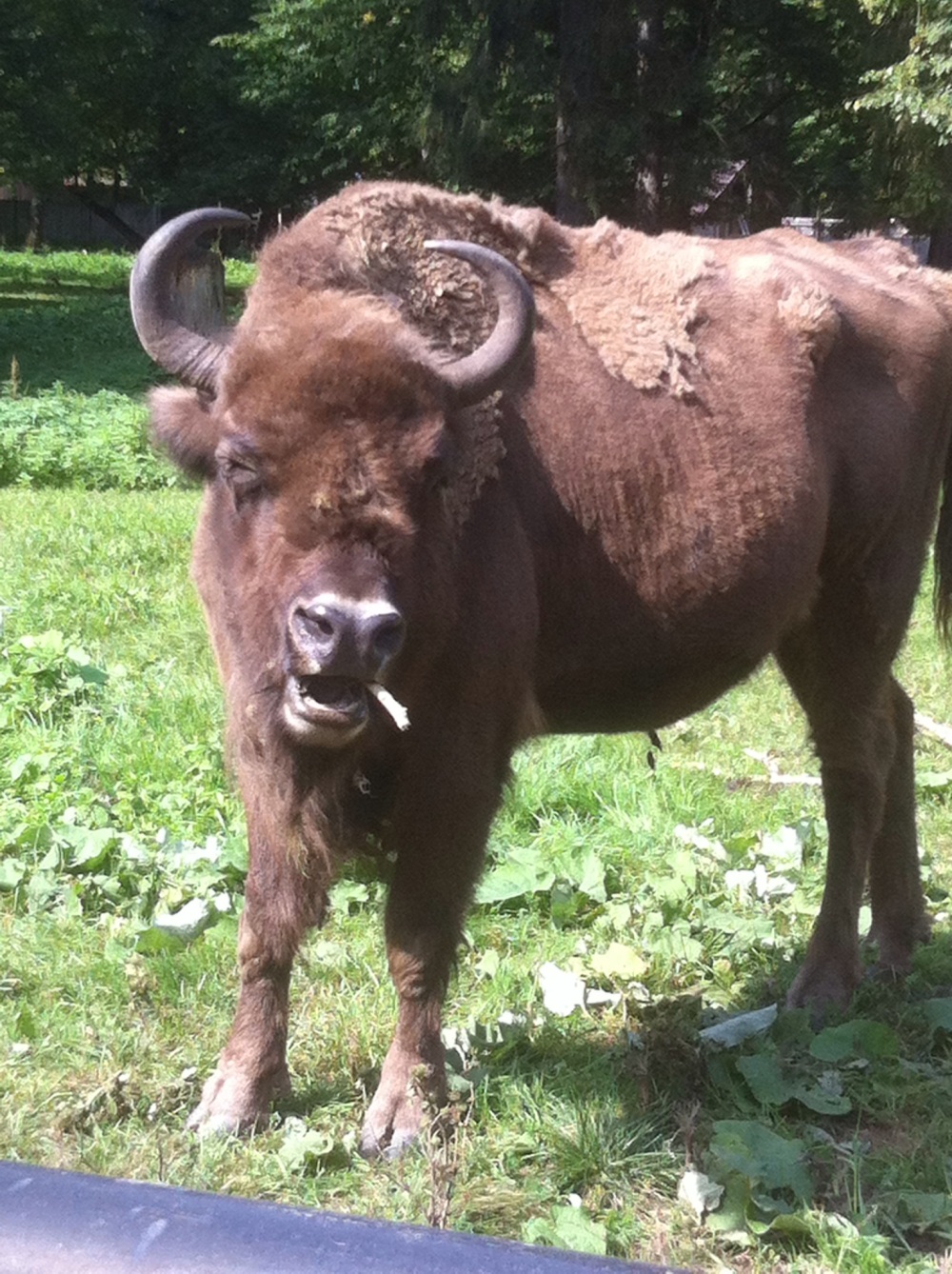