The Gili islands in Indonesia consist of three islands; Trawangan, Meno and Air. We bought a boat ticket to Gili Trawangan, it’s the biggest and most developed island (not really us) but we were hoping for cheaper accommodation as islands tend to be rather dear. We were squished onto a boat and had food piled on top of us.

We sped past Gili Air, but then the boat pulled into the jetty of the second island, Gili Meno…hmm, this is odd, we bought a ticket to that island, over there! We thought maybe they were dropping some people off here first. So we sat and waited till everyone around us was gone, along with all the food. Shit.

So, clearly we got the wrong boat! It turned out fine in the end, we found a cheap bungalow, an affordable eatery (as long as you didn’t mind waiting an hour for a meal) and no crowds or party’s – island paradise.

The water was unbelievably clear but the beaches weren’t ideal; there were a couple of nice places near our bungalow, but most of the island had broken coral beaches as opposed to sand. First thing we wanted to do was go snorkelling so we hired the gear from a table stall and walked around the island.

One thing we made sure we brought along with us was two empty water bottles, otherwise known as ‘Lauren’s Floatation Device’. I can swim, and tread water, but I struggle, and I wouldn’t expect to survive a sinking ship, especially if someone told me a joke to lighten the mood – I’d laugh and I’d drown.

To get to the reef, we had to walk along dead, sharp coral in about 10cm of water, barefoot. All I was thinking was please don’t step on a stonefish!!

Donned with a t-shirt and shorts (as you can tell I wasn’t there for a tan….or to look good for that matter), I grabbed my trusty water bottles and shoved them up my baggy t-shirt. Looking good!

I always get nervous before I submerge my head into the water and see what’s below me. A shark could be waiting with his jaws open. But then you look down and it’s a kaleidoscope of colourful fish and you feel safe.

The reefs around the Gilis have sadly been wrecked due to dynamite fishing in the past, so most of the coral is bleached and dead. But, this attracts some beautiful creatures still, including turtles.

Soon enough we were seeing turtles left right and centre. Swimming past us with their stumpy little legs and heavy shelled house on their back – they really are the cool, doped-up, reggae loving animals Nemo depicts them to be.

We had the most amazing day, (minus a leaking snorkel which I had to manually empty once I started drinking salt water) also seeing our first sea snake and a shipwreck. Such a shame they didn’t think about the future when they raked the sea in the past though.

As we reached the shore I walked bay-watch style past some lads on the beach, then Craig told me I still had the water bottles up my top. 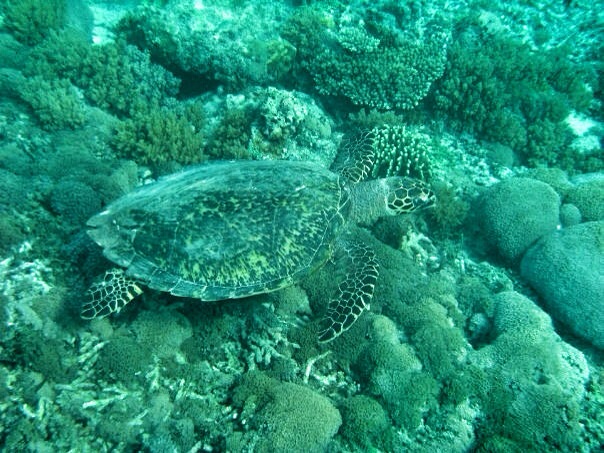 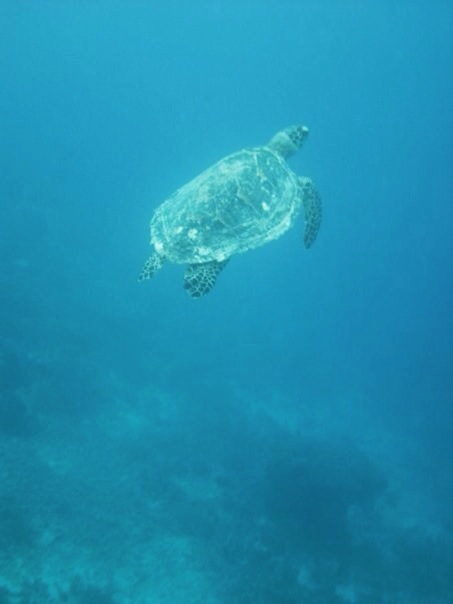 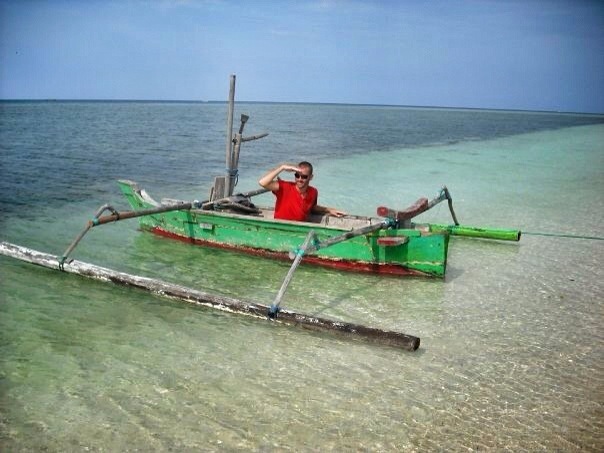