Unst is a quirky little island and one thing it’s famous for is Bobby’s bus shelter. It all started when a 6 year old boy was fed up with the poor state of his local bus shelter and wrote to the council. A new one was promptly erected and then some strange things started happening. A chair appeared inside the shelter, the next day curtains, then a table, a tv etc. No one knew who was furnishing the shelter but it ended up becoming their famous little bus shelter that people travelled far and wide to visit. Each year it’s redecorated in a different theme, they’ve had the queens jubilee and an African theme too. Beside the shelter was a miniature model of a house made of wood, it was a little honesty box shop with homemade cookies, fudge and freshly laid eggs. Adorable. 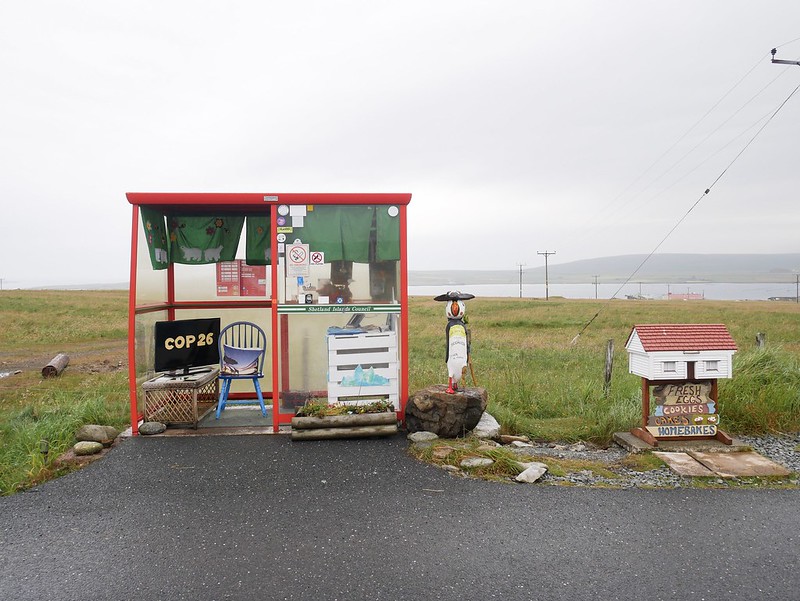 Further down the road was a huge Viking ship and grassy roofed long house. The Skidbladner ship is a replica of an original one found buried in Norway and thought to date from 890 AD. When the replica was built in Sweden it was intended to travel across the sea to the USA with a stop in Shetland along the way but that’s as far as it made it and eventually it was moved onto land to become a tourist attraction. There were steps leading up into the ship so we could actually walk inside and Craig had fun trying to use the oars. 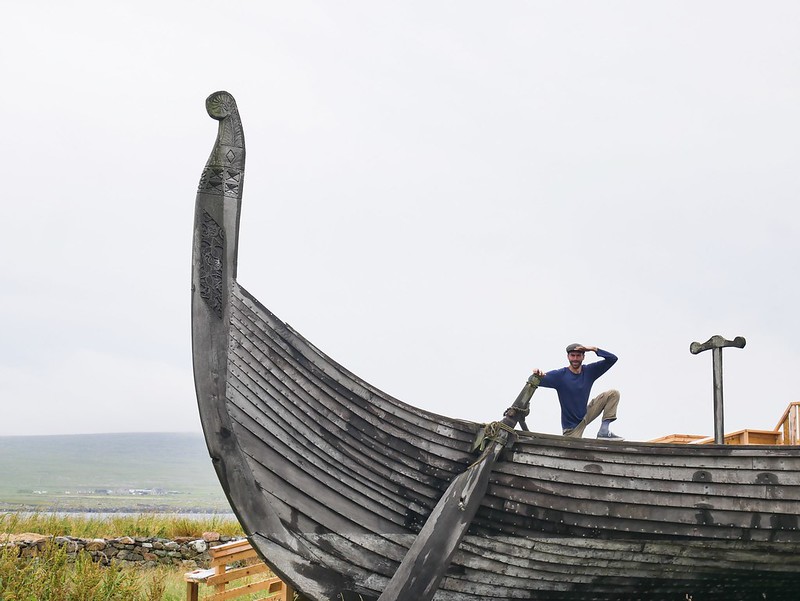 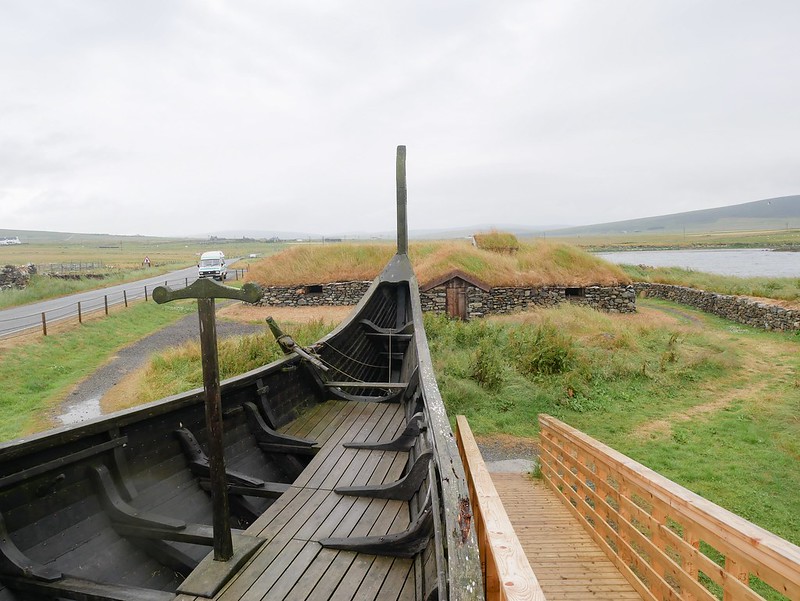 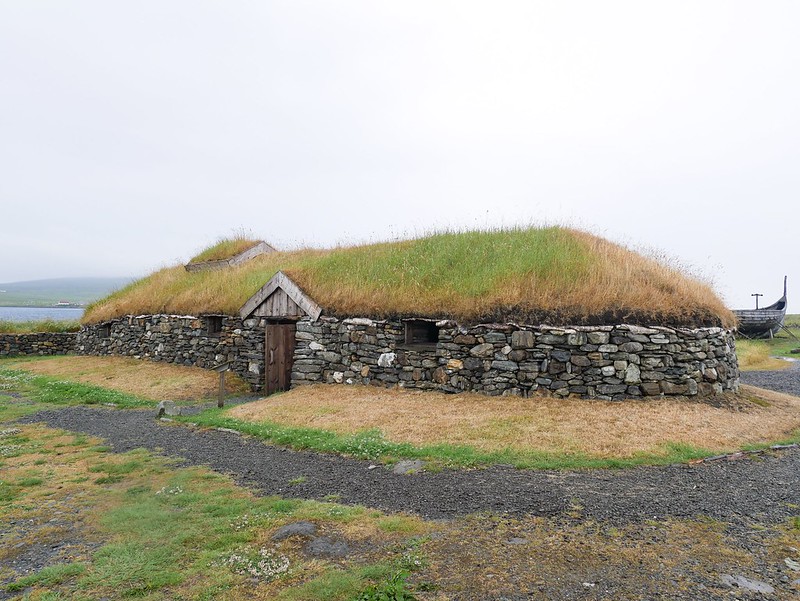 After that little bit of sightseeing we set off down a single track lane to do a walk. I’d seen this area on google maps and it looked amazing, with a sandbank leading from the land towards an island. The weather was grey and drizzly but we headed out anyway and passed two stunning beaches to begin with. The sandbank was gorgeous with aqua blue water fading into deep navy. We were the first footprints on the sand and had a lot of fun running along and cartwheeling. The sun even poked out from behind the clouds for a few seconds which was quite a treat. 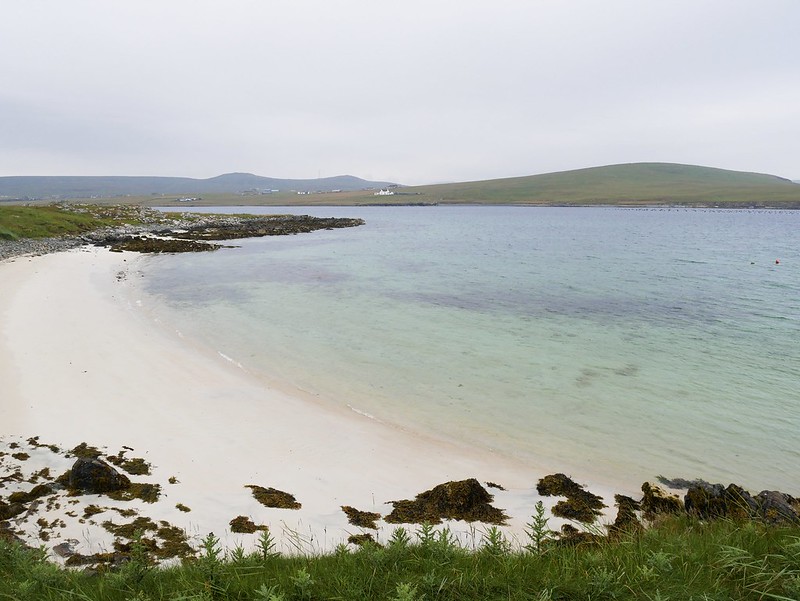 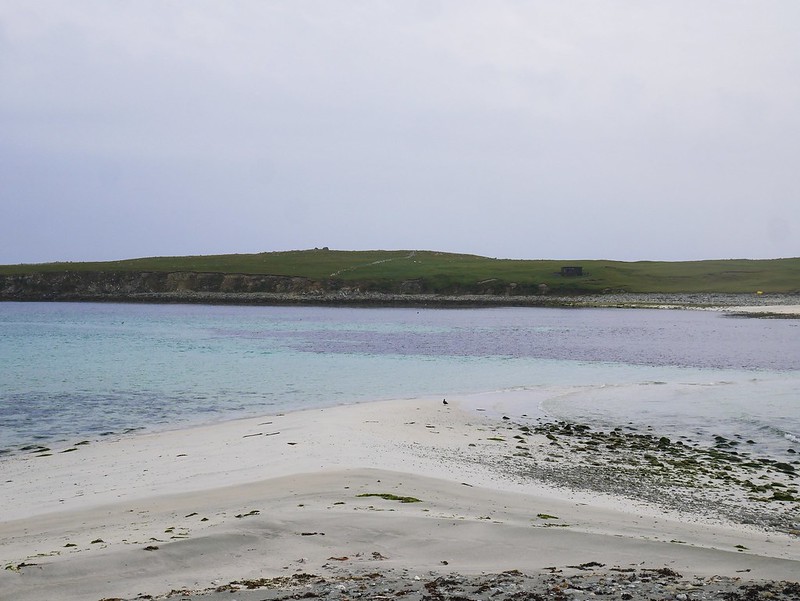 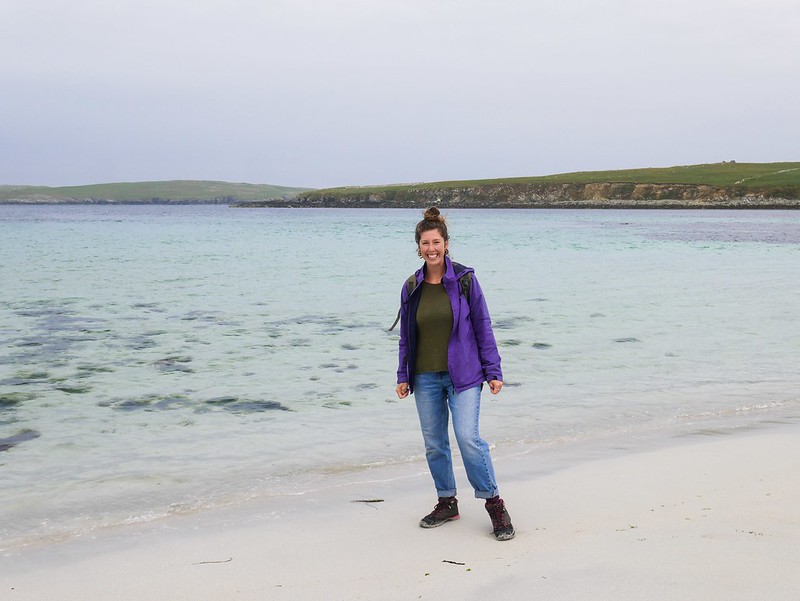 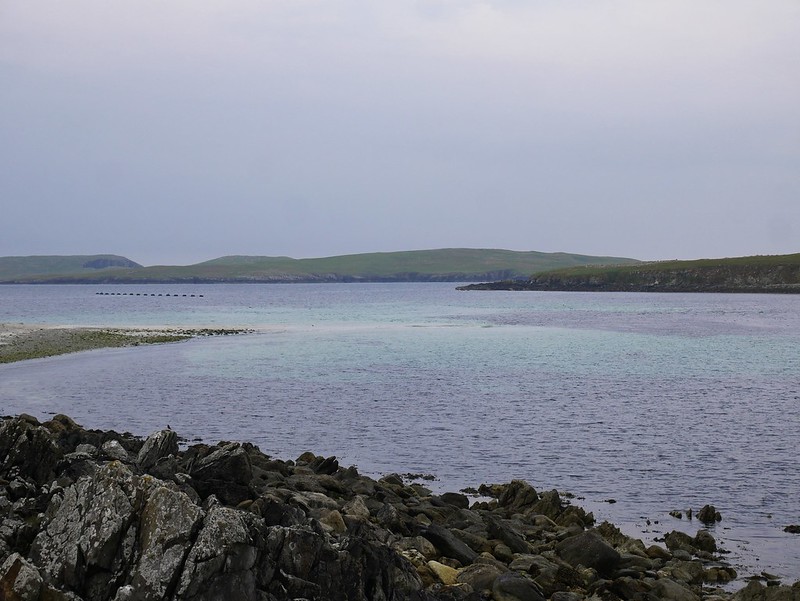 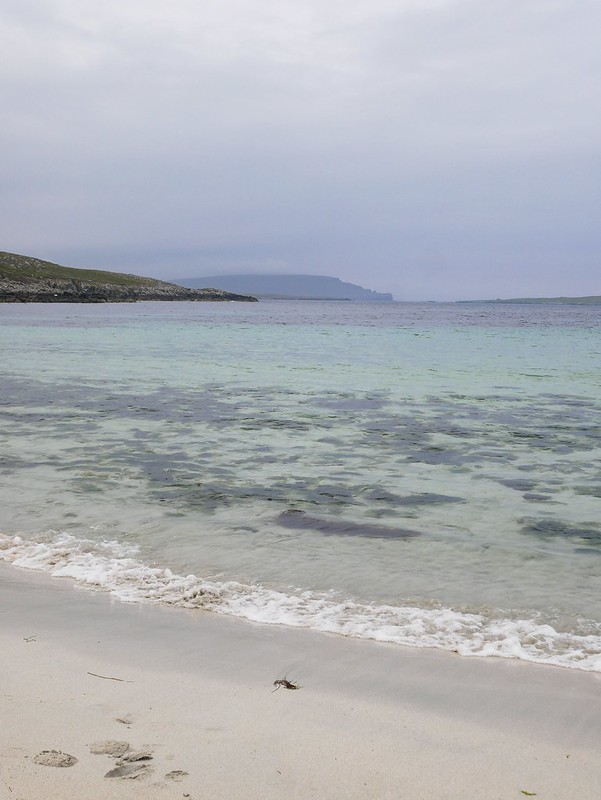 We spent our final night on Unst near the little village of Uyeasound which had a really cute French style cafe by the harbour. It just had one rustic table outside and a cracking view. Across the road was an honesty box shop selling crystals and stones. I just love places that are so safe and crime free that they can have these honesty boxes. Now it’s time for us to say goodbye to the far north and make our way back down to the island of Yell. 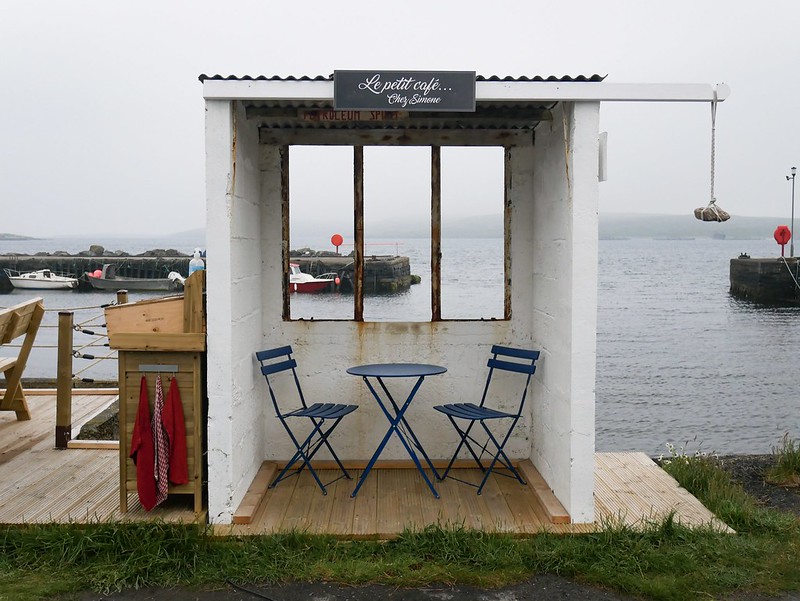 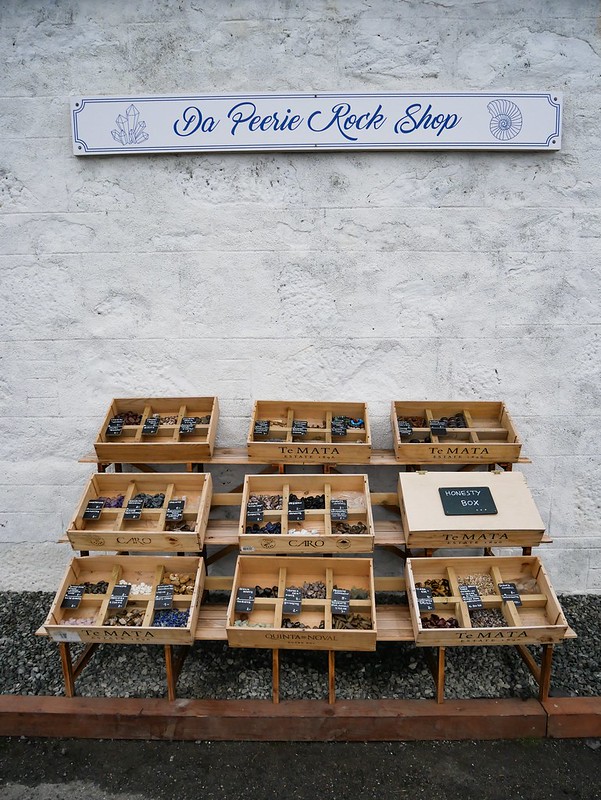