It was a beautiful, crisp day and no work on the schedule, so we joined the four other volunteers for a roadtrip around Bø. A ring-road loops around this area of Vesterålen, winding its way around the beautiful fjords. 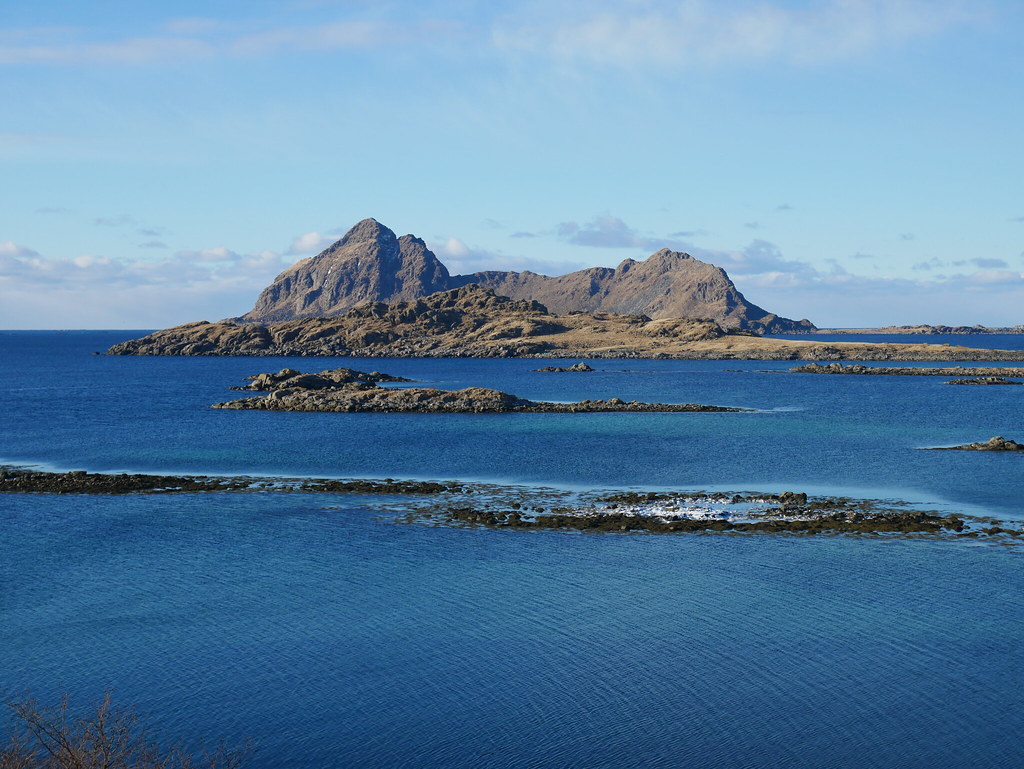 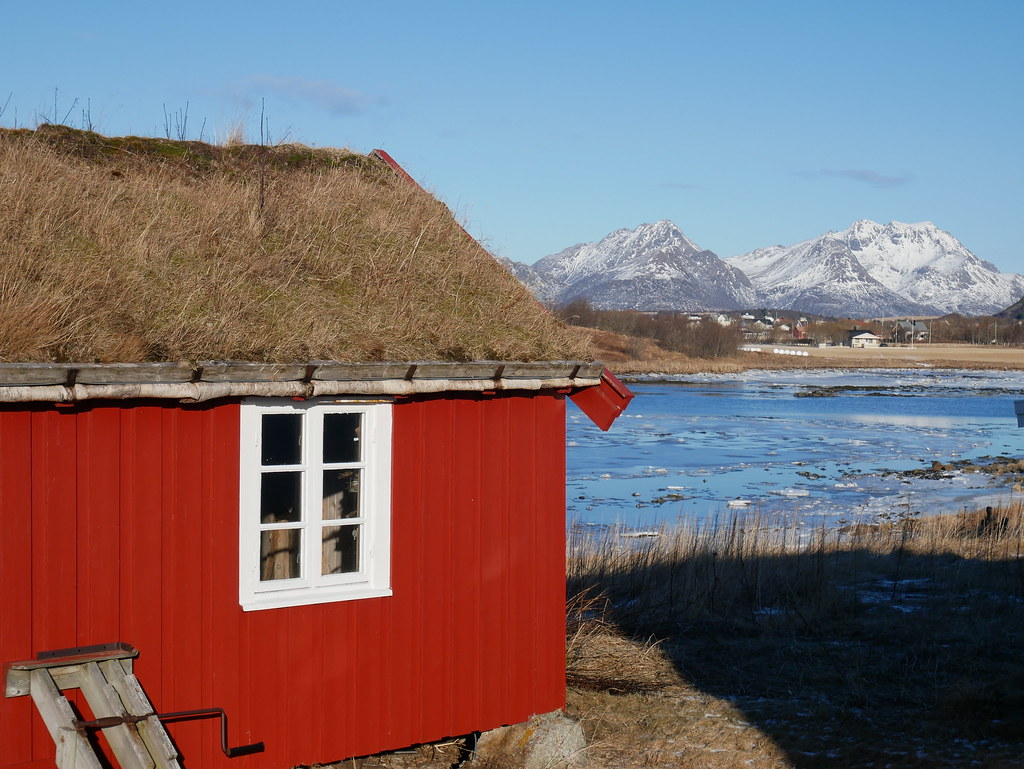 Our first stop was ‘The Man From The Sea’ which is a bizarre statue of a giant naked man on a hill above the sea. He held a large crystal in his outstretched hands, his body was covered in creepy lumps and in his back was a small carving of a women. Very odd indeed!! We commenced the roadtrip and headed north along a narrow road with a steep cliff to the right and the sea to our left. As we turned round a bend we had the sea straight ahead of us with an unusual island that just shot out of the sea in a sharp peak. To the right of it were more dramatic peaks on the mainland and further around was a perfectly curved bay with an idyllic beach. It looked so nice that we decided to pull up and take a stroll along the sandy shore. We hadn’t planned on doing a long walk but we got carried away and after the sand stopped we began hopping along the rocks and when the rocks stopped we found ourselves climbing up the side of the mountain. It was a really steep route but there was almost no snow so we had great grip from the mossy banks. 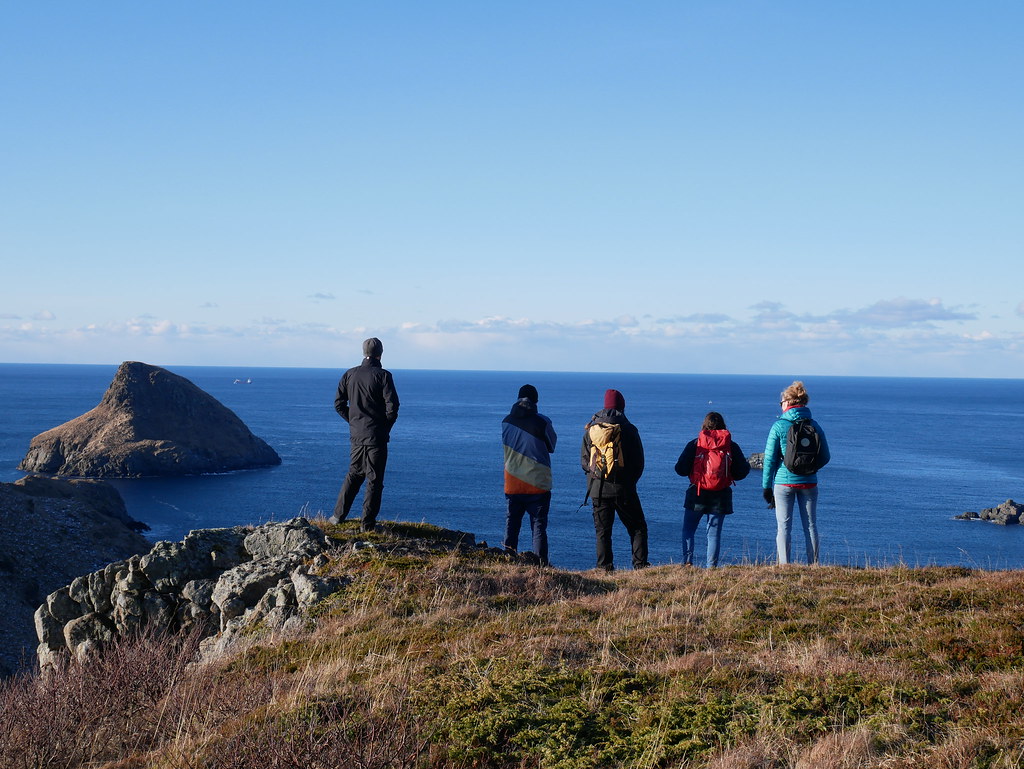 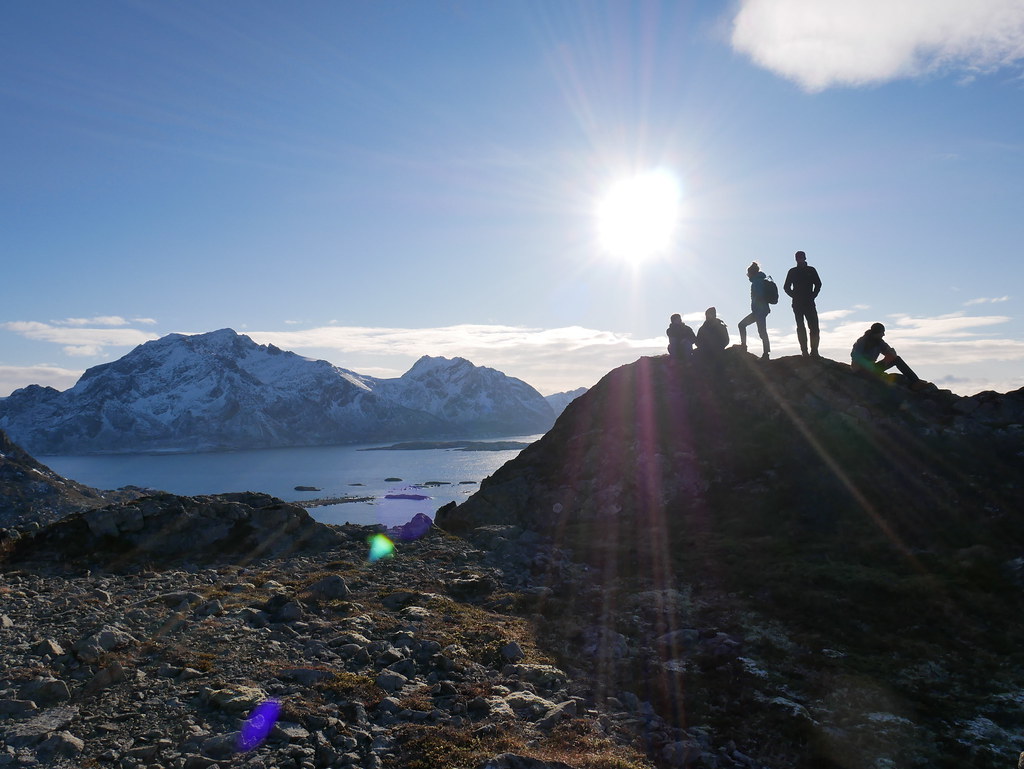 Once we were at the top we had amazing views across Vesterålen and we eventually arrived at a large stone cairn marking the summit. We all spread out in different directions to photograph the view and Craig ended up on a steep piece of land high above the beach we’d come from. The water was a tropical turquoise colour and Craig looked very tiny against the snow capped peaks and endless sea. 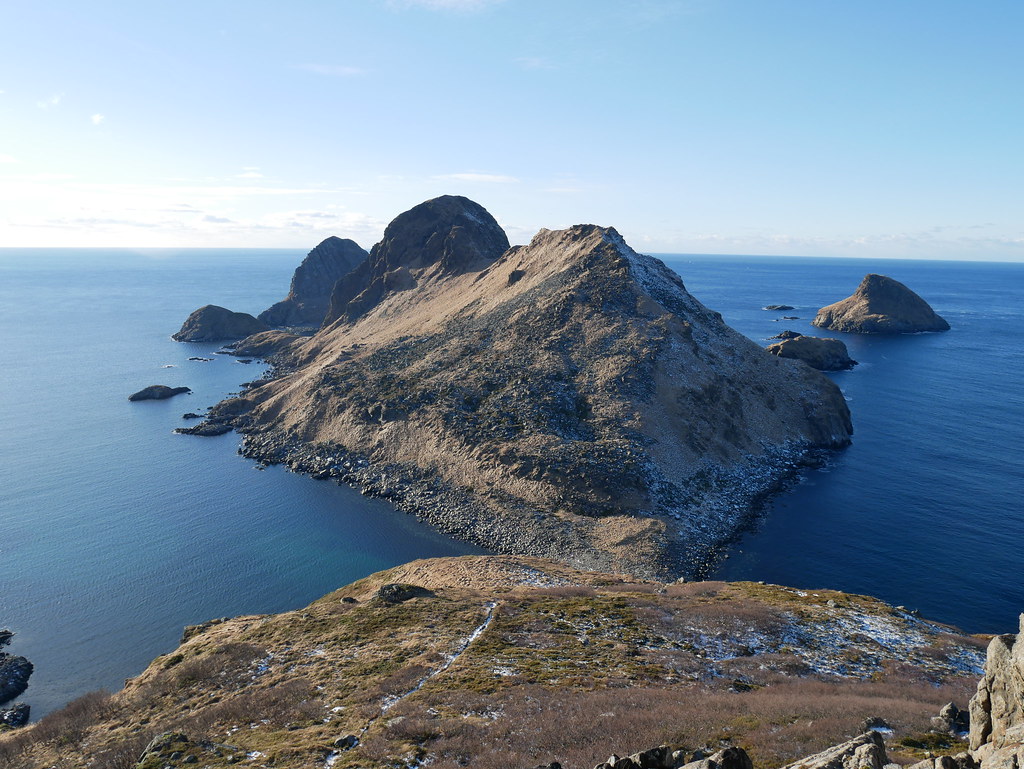 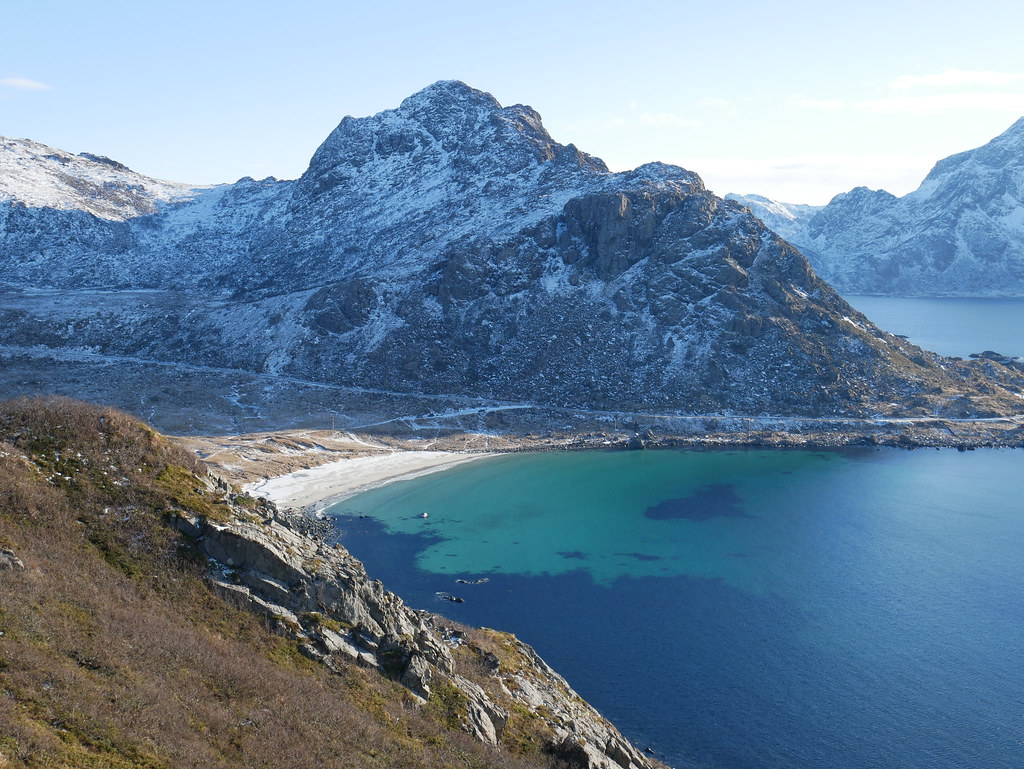 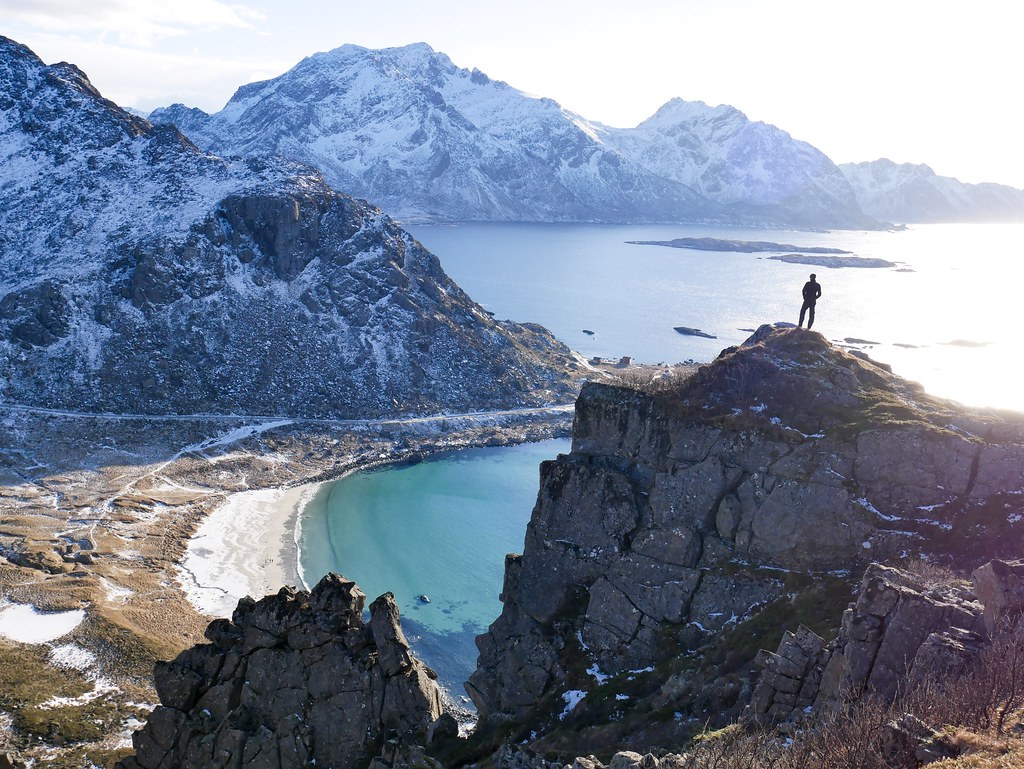 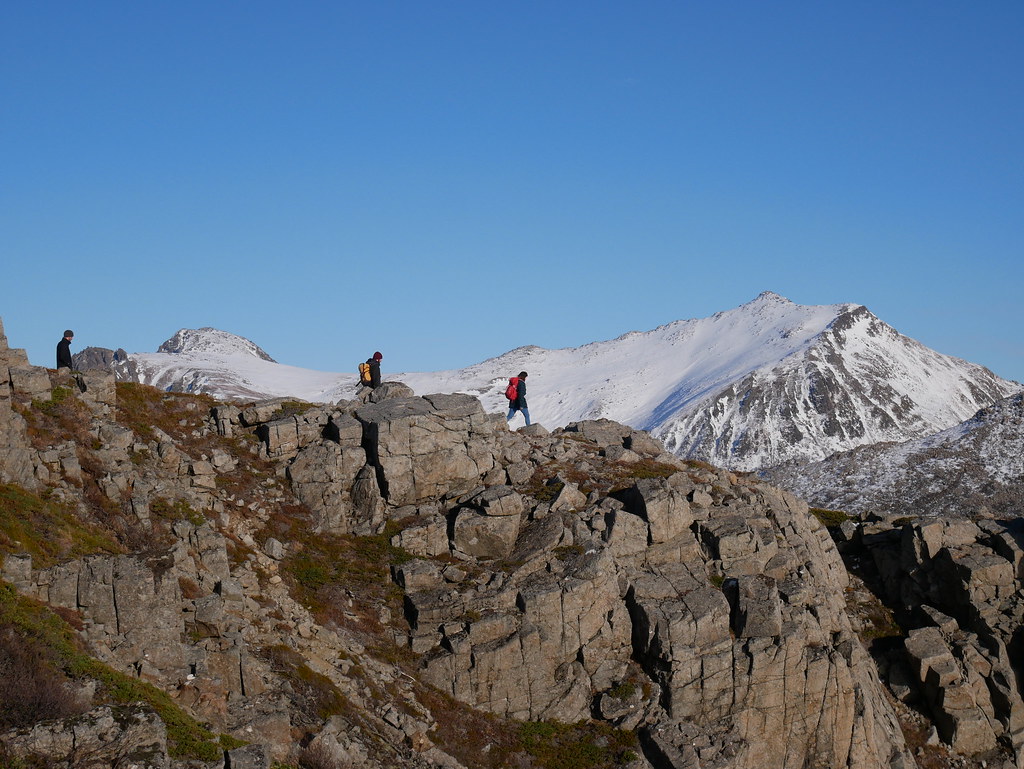 A week or so later we set out on another hike along a different part of the coast. It was lovely and warm, still below zero, but when there’s no wind it feels great, and I was pulling my trousers above my knees to get some cool air. We were in the shadow of the mountains for the beginning section and then we arrived at a stumpy red and white lighthouse. 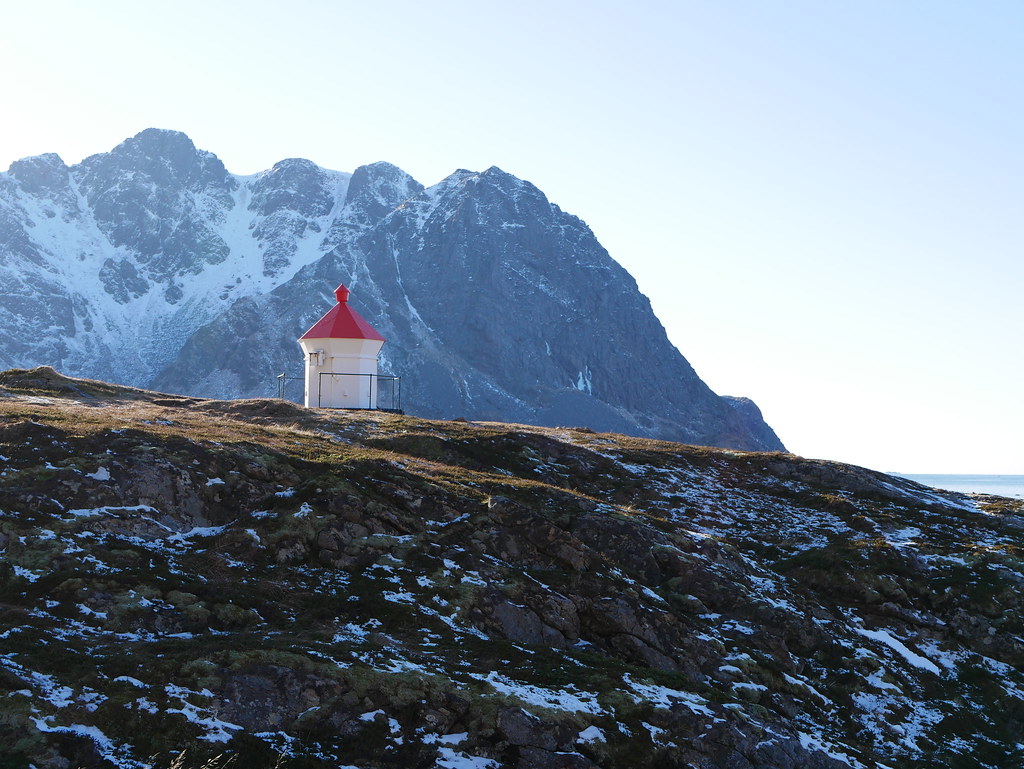 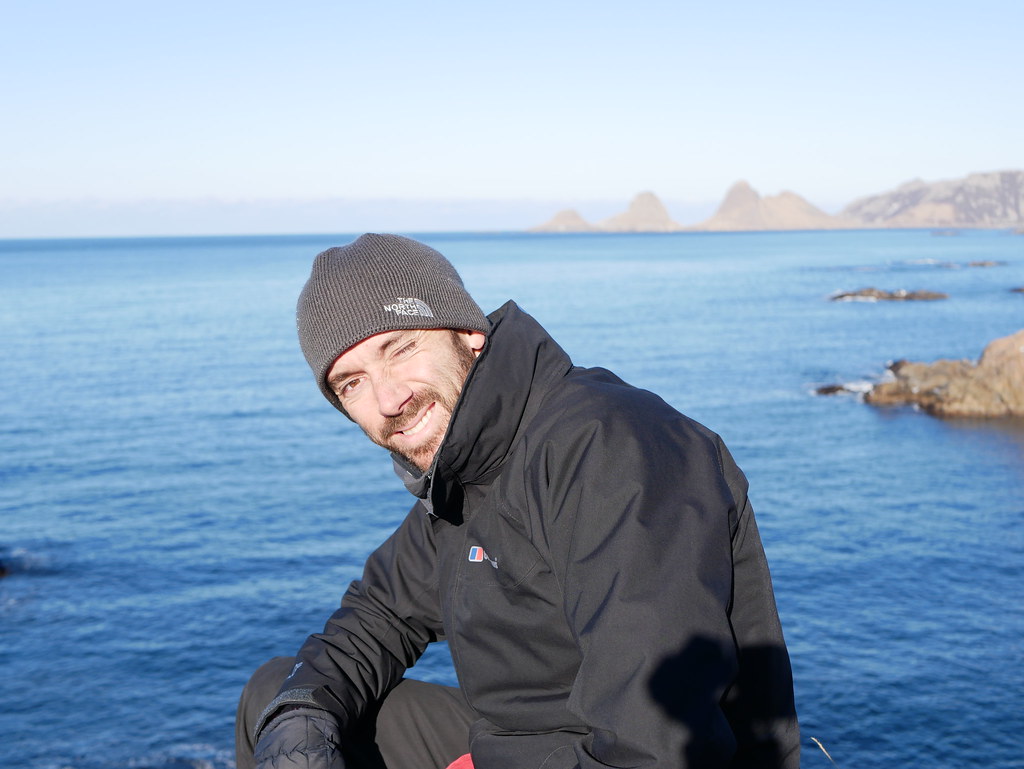 The path still looked like winter though and some sections were just thick slabs of extremely slippery ice. We ended the hike at the 2nd lighthouse which had a really fun approach – we had to climb up two ladders to reach it! There was a beautiful view from the top so we sat down on a rather precarious rock and ate our lunch. The rock was totally slanted so it wasn’t the most relaxing place to eat as I felt like I had to constantly hold everything incase they rolled off the cliff. It was another fun hike though and I’m excited to try out more around this area in the coming weeks. 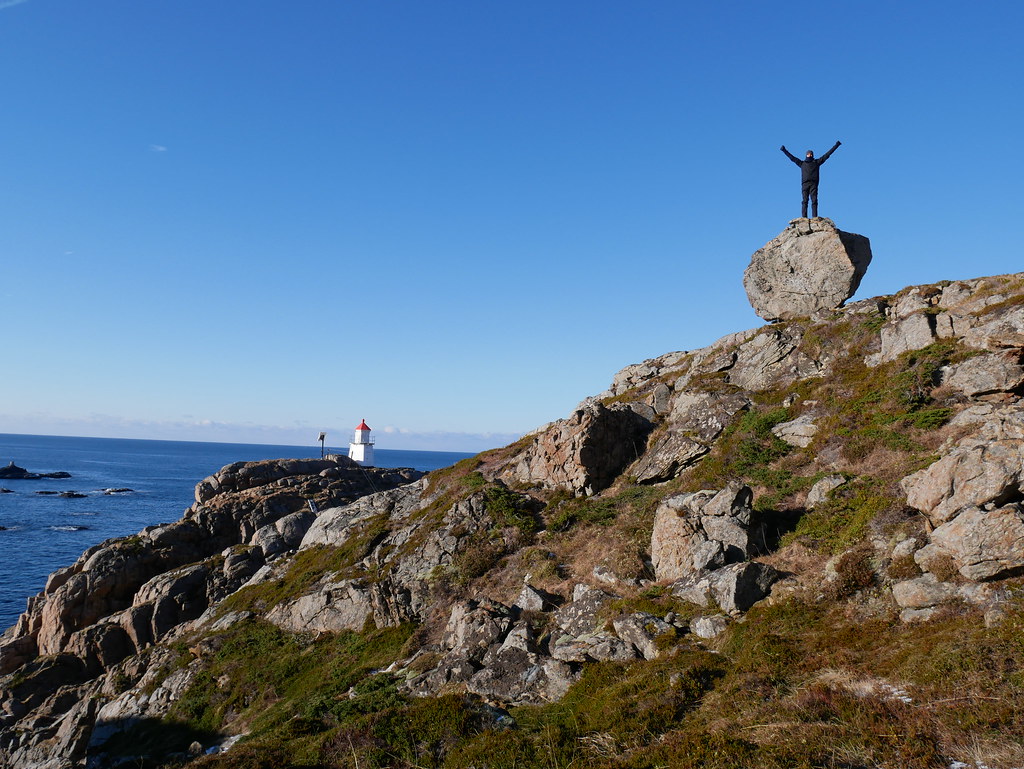 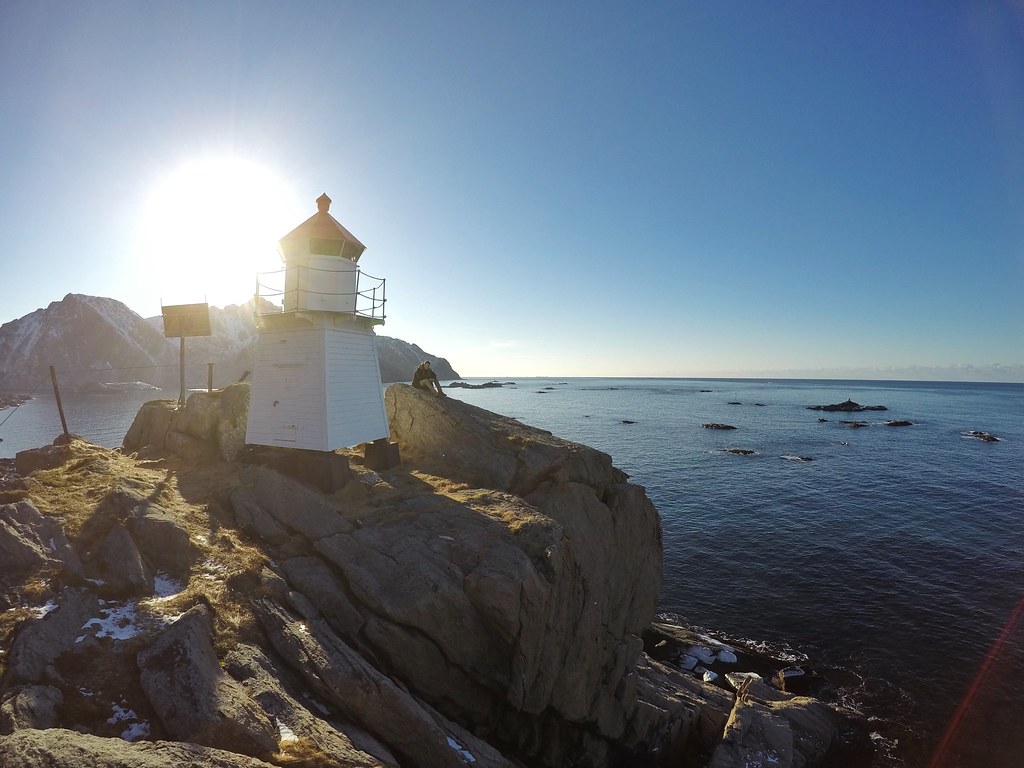