We had the same problem looking for breakfast in this ghost town as we did looking for dinner. Thankfully we spotted a coffee sign so headed into what turned out to be a very old couples house. I don’t think they get many customers and the man literally threw his wife into a cupboard along with her bowl of veg that she was in the middle of eating.

We did want to see a menu first but it didn’t appear that he’d have one and we could hardly leave after he’d gone to the effort of making space for us. The room was like a time warp. We sat on an L shape sofa, the cover of which was multiple white towels. The chap barely spoke any English but said the word toast so we nodded and tried to ask how much. He gave us some random figures so we just nodded some more and giggled.

We received two thick slices of buttered toast with homemade jam and marmalade, a sliced apple and a coffee which we hadn’t even asked for. The toast was amazing. The Philippines can’t do toast, they use sweet bread and it’s rank. This was so delicious and we were in hysterics most of the time about how random the place was with a cassette player playing jazz music. The bill however was quite the shock at £12!! Holy crap! 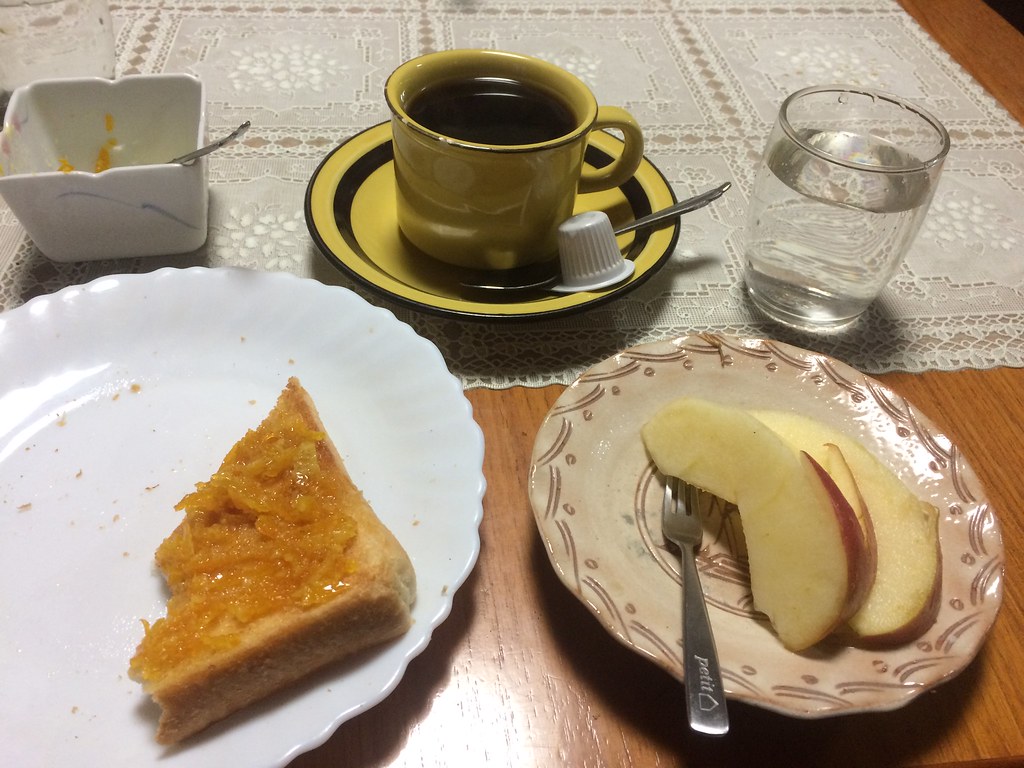 We then headed straight out along a wooded road to Jigokidani Snow Monkey Park. Which was the main reason for our visit. A couple of English lads kindly picked us up in their rental car along the way and a short walk through a valley led us to the park entrance. 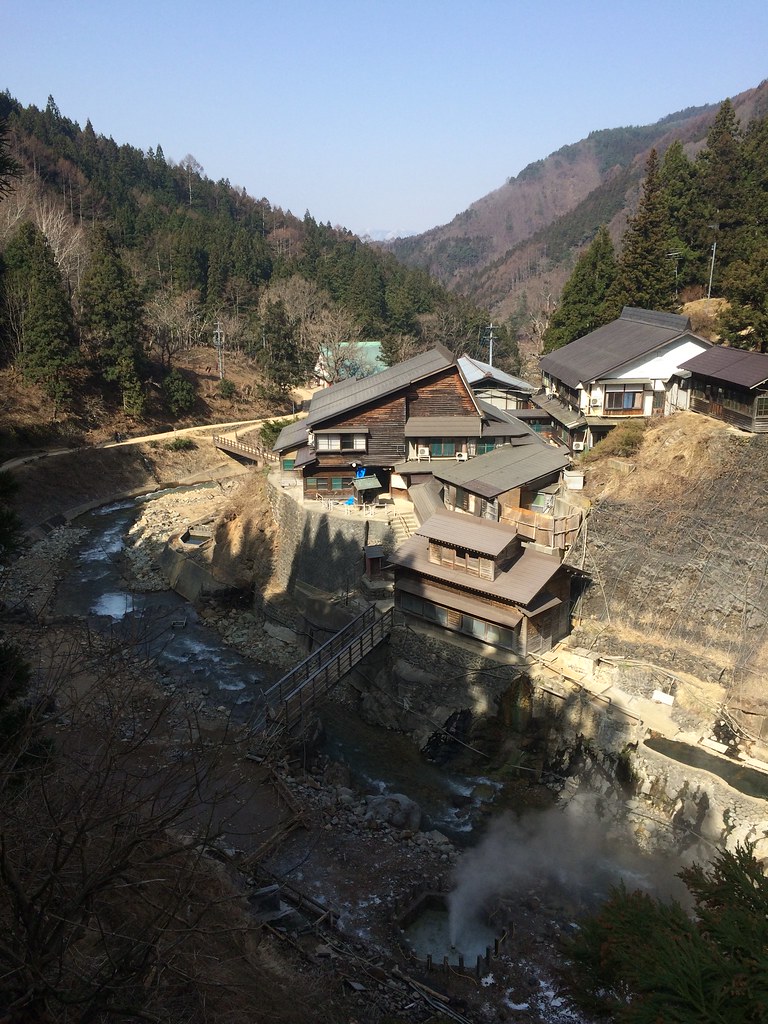 The monkeys here are fed and there wasn’t any when we arrived so everyone had to wait to buy tickets till a whistle announced the arrival of the monkeys. The mountainside literally moving with the snow monkeys running down the steep edges. They’d then slide along poles and make their way to the seeds thrown around the area.

The main attraction here is the thermal pool which the monkeys famously swim in, it’s the first place in the world to witness this happening. It’s best known however for when there’s fresh snow coating the surroundings and resting on the monkeys heads. The steam of the pools also adds to the beautiful scene.

It wasn’t quite what I’d witnessed on the David Attenborough documentaries. In reality there was just a small pool with a big crowd of people. Because it wasn’t very cold outside only a few monkeys were in the pools and it was mainly to eat the food that had sunk to the bottom. They were still wonderful to watch with their red faces and ultra fluffy fur. Some dove in searching for food while others sat and chilled while resting their head on the stone wall. When they got out the water they looked like small lions with sleek, wet body fur and a big fluffy Maine. 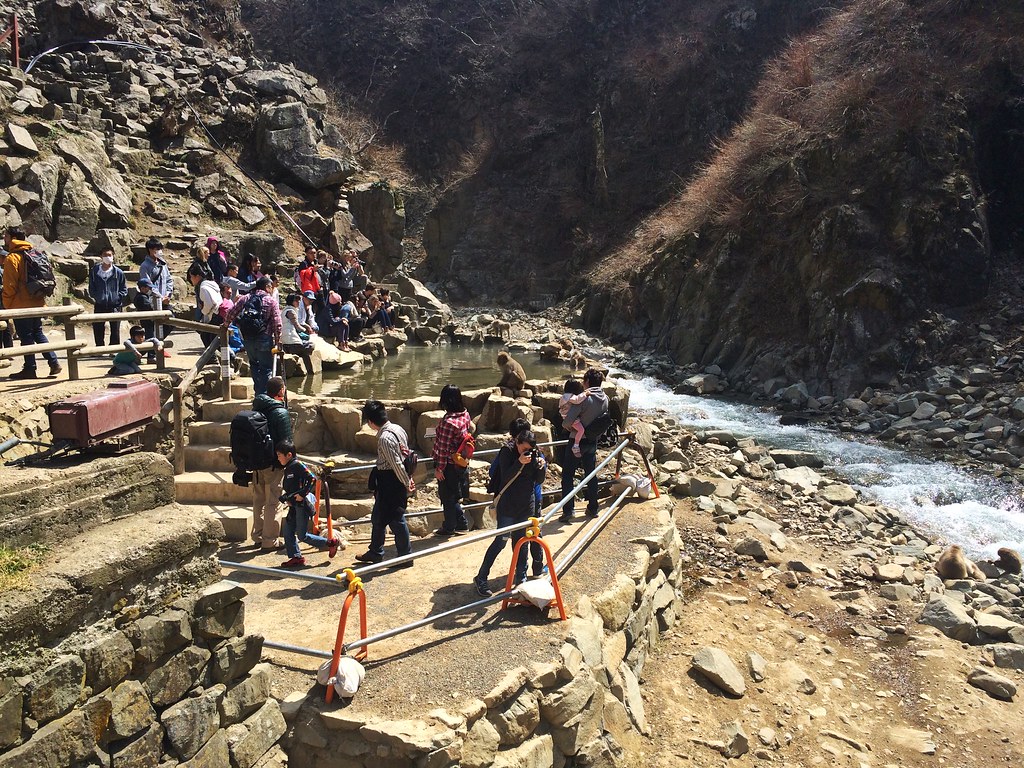 We watched them jumping across rocks on the river as more continued to run down the mountain side. Sometimes they’d walk right beside us and through the crowd. There were a few dominance battles and high pitch screaming between some of them but no big fights when we visited. 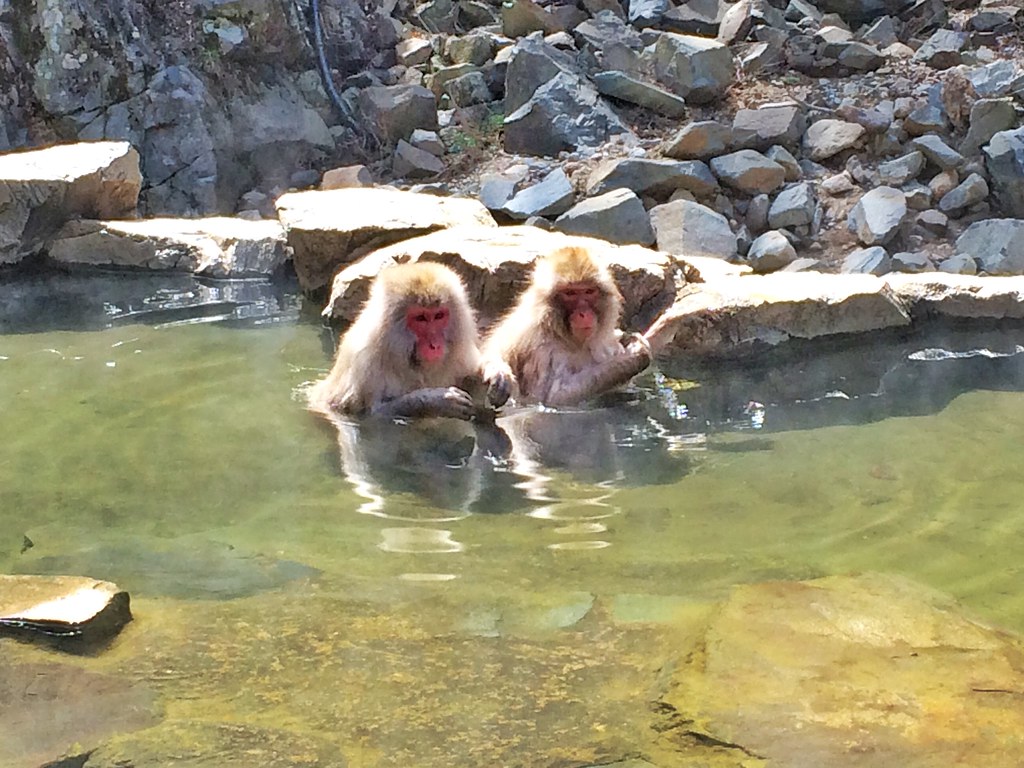 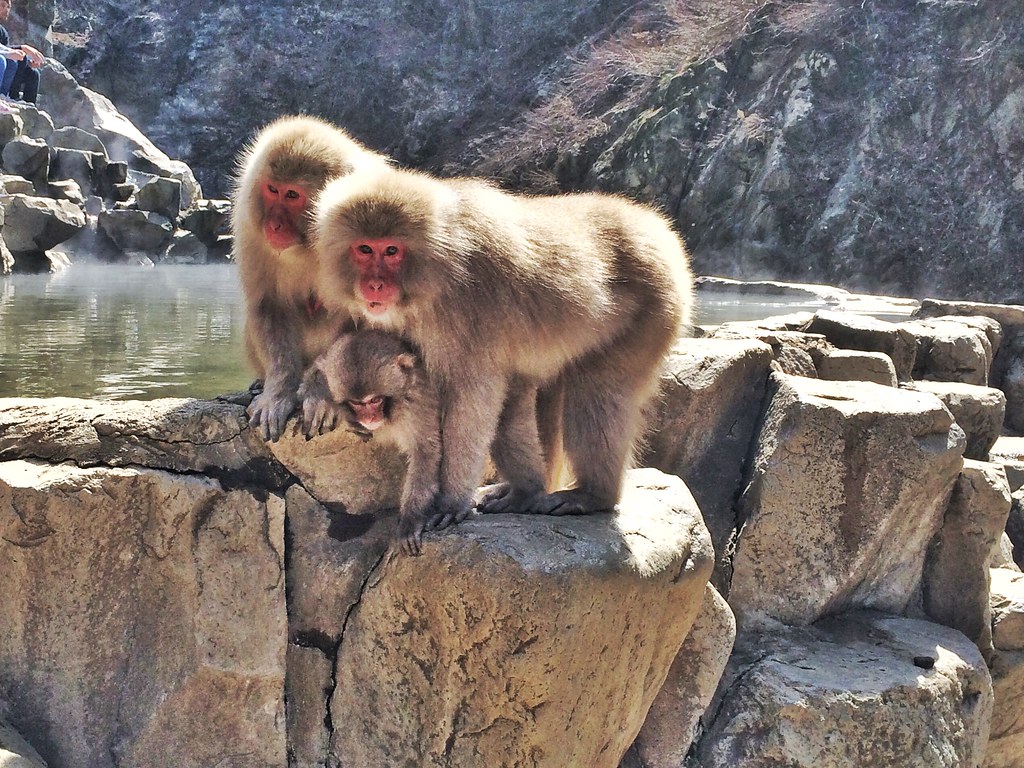 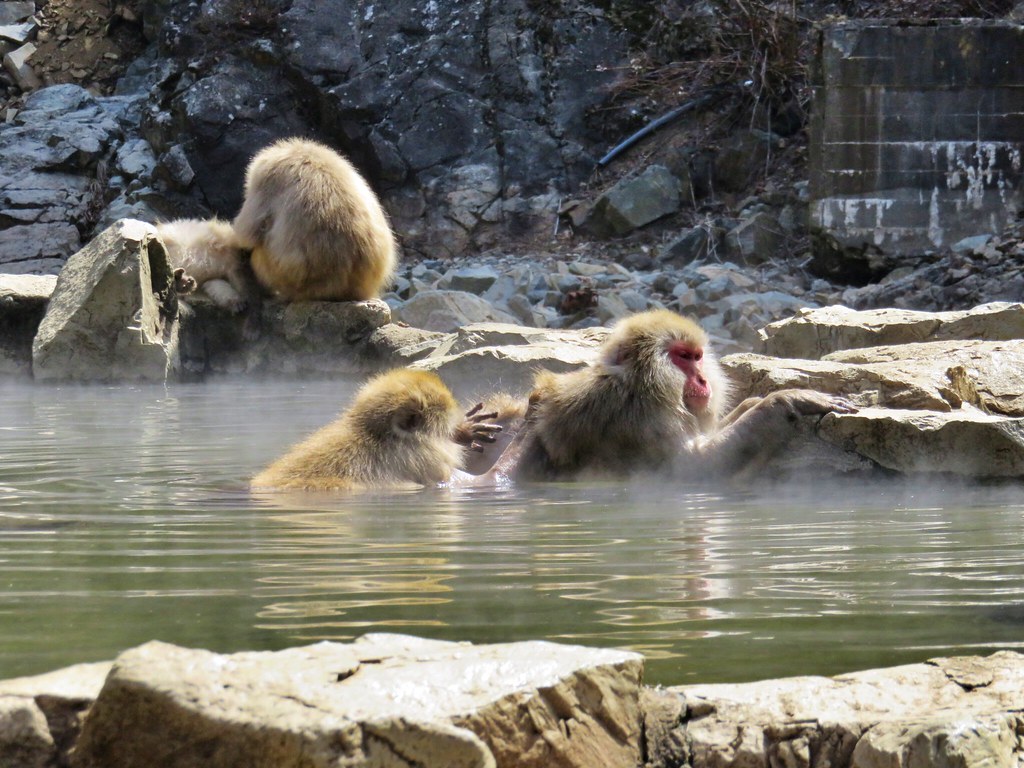 Back at the pool a few more monkeys were having a relaxing bath. One cute couple were taking it in turns to groom one another and they had such a funny technique. They’d give two brisk rubs to the fur to reveal a patch of skin and then a gentle search for any lice. They seemed so human with their little hands. 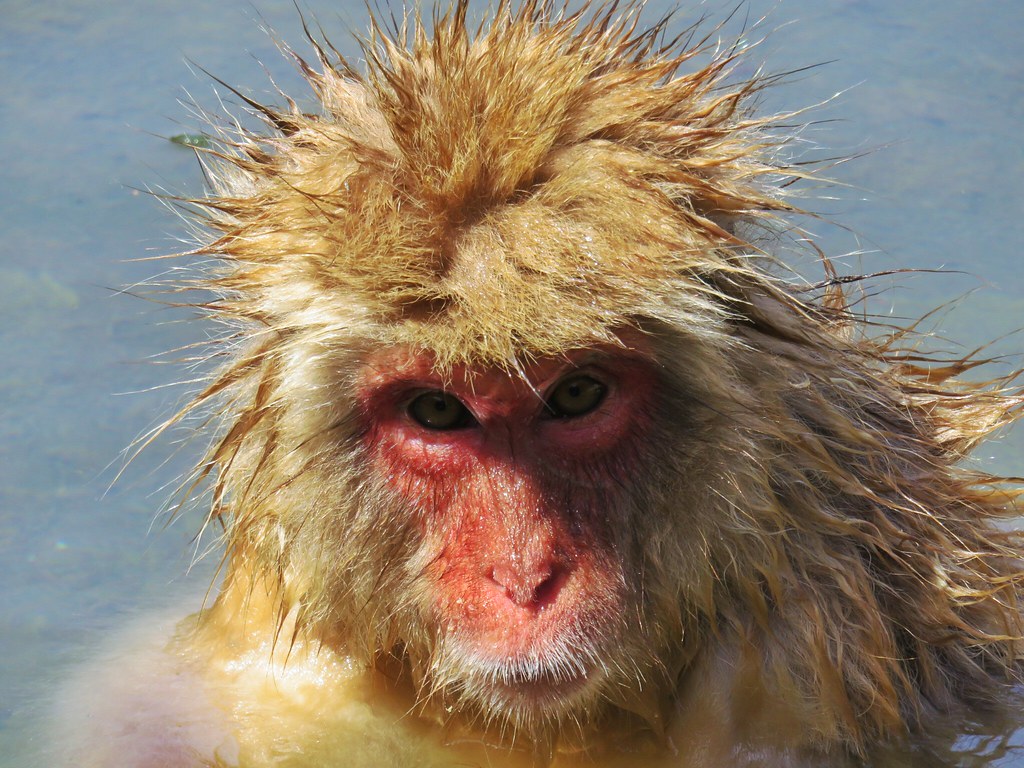 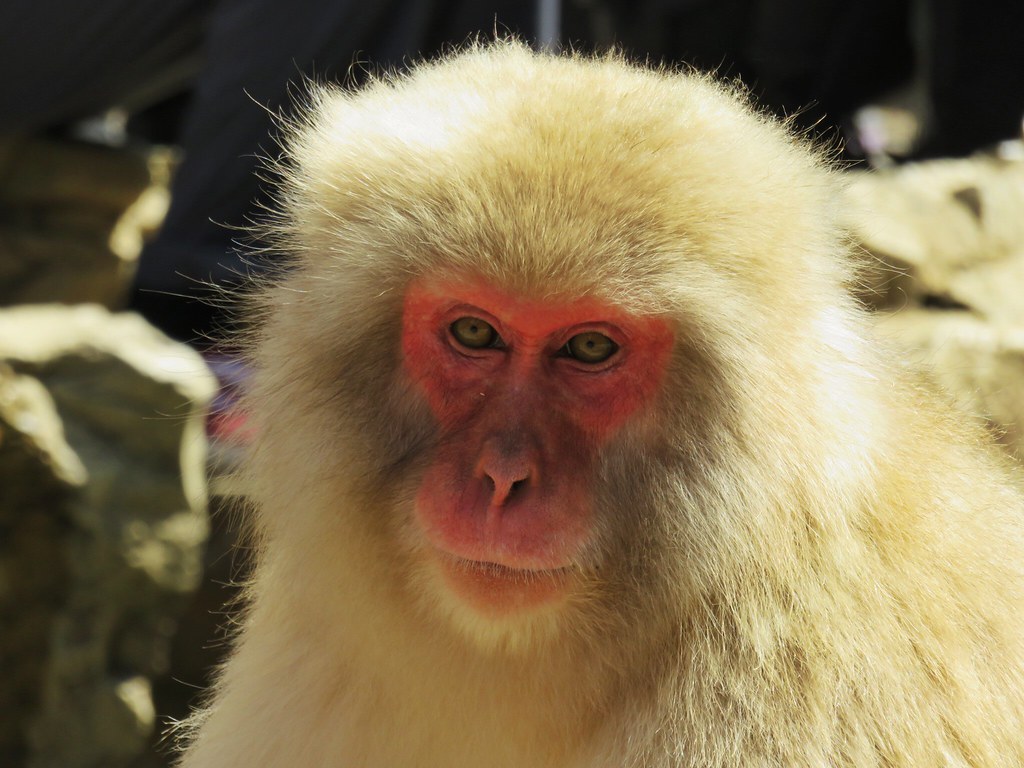 It was great to see the monkeys in person after watching them on tv but it wasn’t quite as good as when there’s snow around. 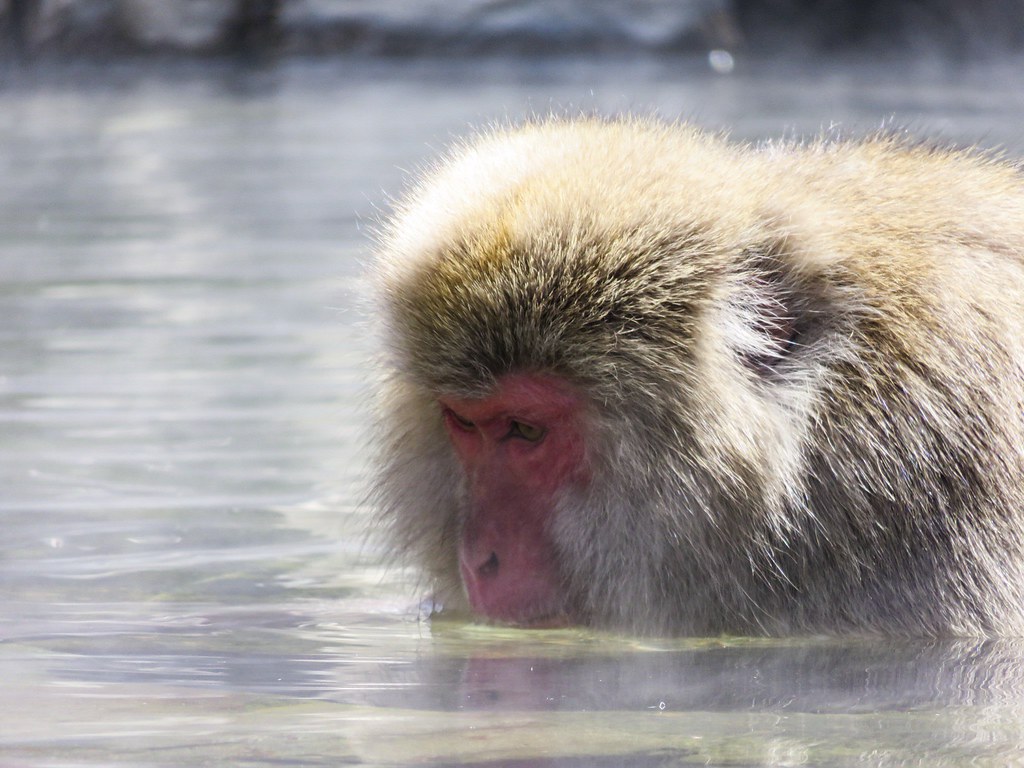