Puerto Galera is said to be one of the top dive sites in the Philippines so we decided to test out the waters with a snorkel. It was much cheaper for us to join a dive boat heading out and just snorkel around the shallow areas of the sites than hire a private Bangka. The boat bounced (it was pretty wavy) into a beautiful channel between two islands where the water along the shores were a gorgeous turquoise colour. 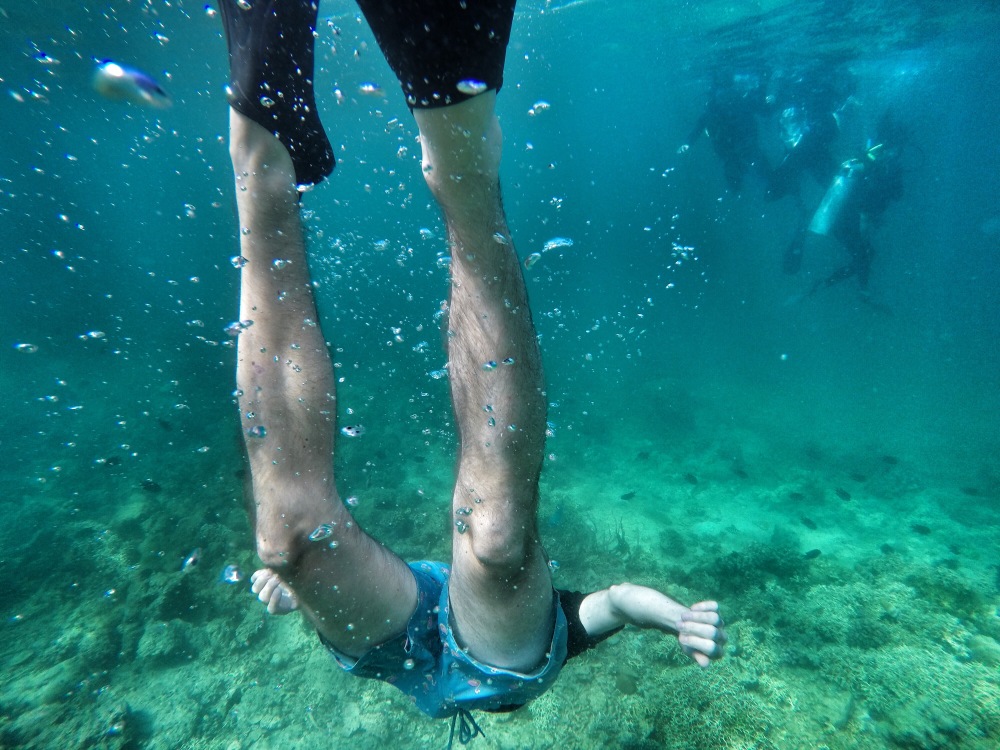 After the divers went in we plunged into the deep area and quickly looked through our goggles to see the underwater world and feel more at ease about bobbing in the dark blue waters. It didn’t take long for us to swim to the shallow area and see the coral gardens. They weren’t as nice as we’d hoped, a lot of the coral was bleached but there were quite a lot of fish around. Filipino tourists hired small Bangkas and just held onto the boat in the water while it drove around so they didn’t have to swim. This meant it was very dangerous for us and at one point I looked up to find myself between a boats hull and it’s bamboo sides. 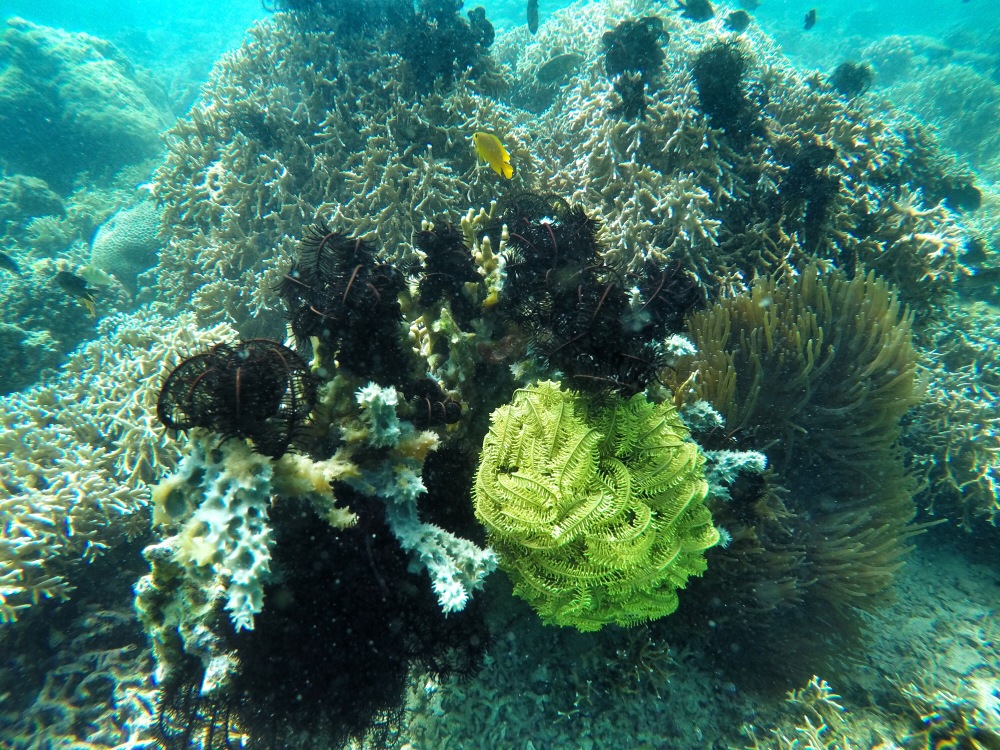 We saw some giant clam shells, multicoloured parrot fish, those flat yellow and black ones and a few patches of healthy coral, some were bright purple hard corals and we also saw the soft swaying ones with a big black fish darting in and out of cover. There were a few electric blue fish and some really long thin grey ones like floating swords but no big things to excite us. 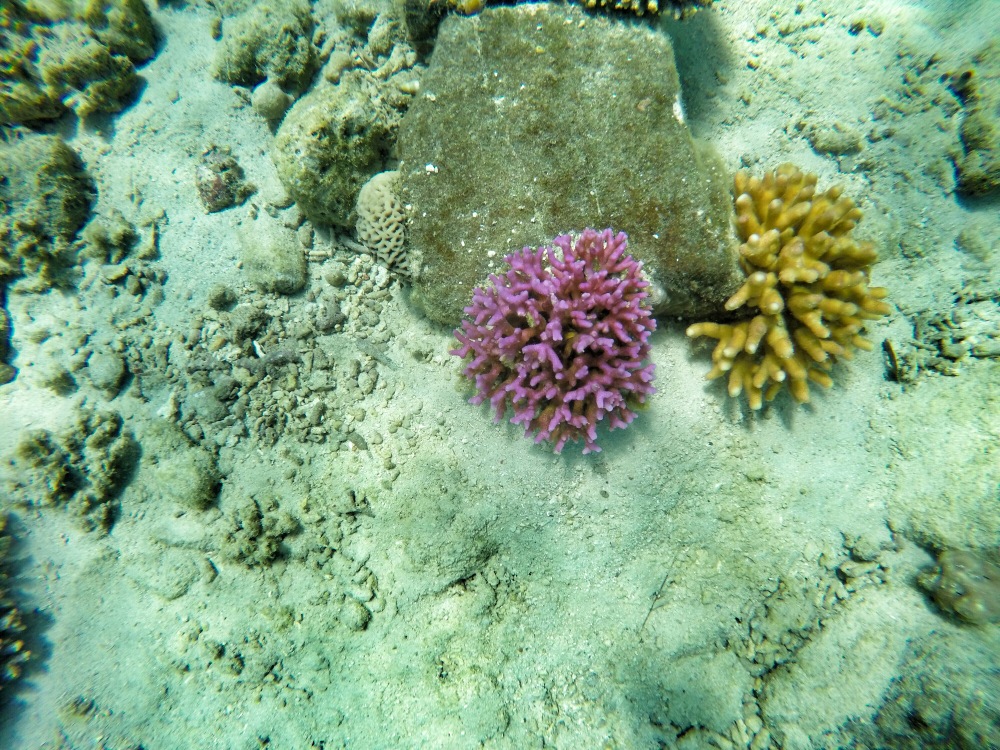 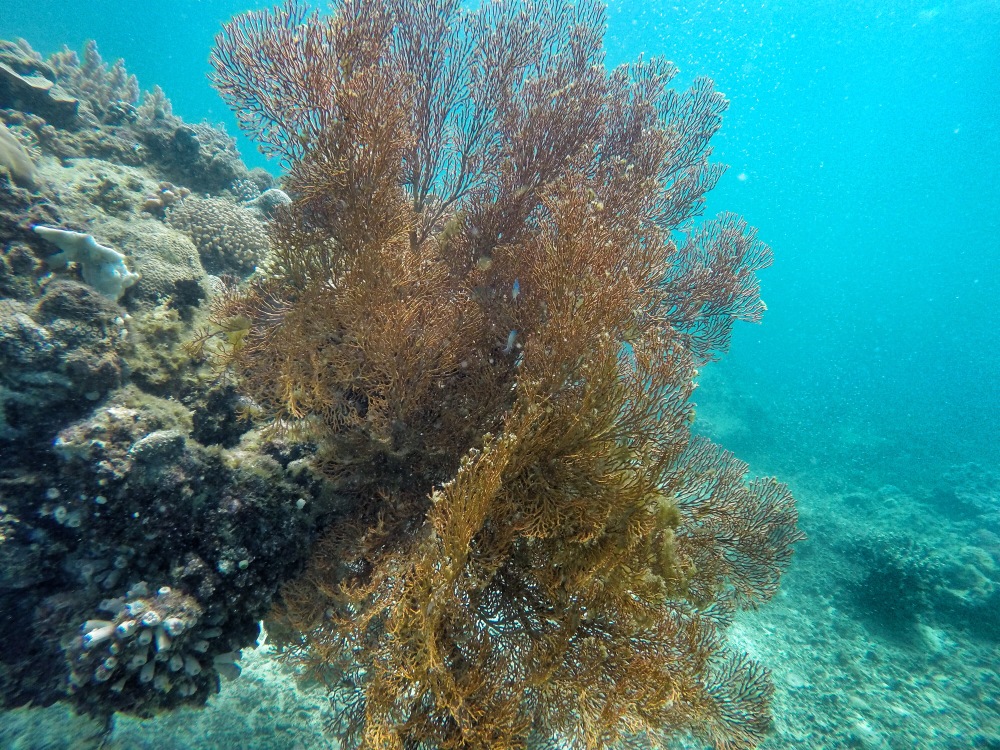 Much to our surprise it became freezing in the sea, we were shivering and my finger tips were numb. It was quite a relief to get back on the boat but we were soon taken to the next site and back into the icy water we went. This site didn’t have much fish life but the seabed was home to lots of star fish. We even saw a sea snake but he was just chilling on the floor. As we went into the shallower water it warmed up considerably and heading back into the deep water became unbearably cold. We ended up swimming over the coral, practically hovering above it but without touching it till we landed on a remote beach covered in dead, white coral. 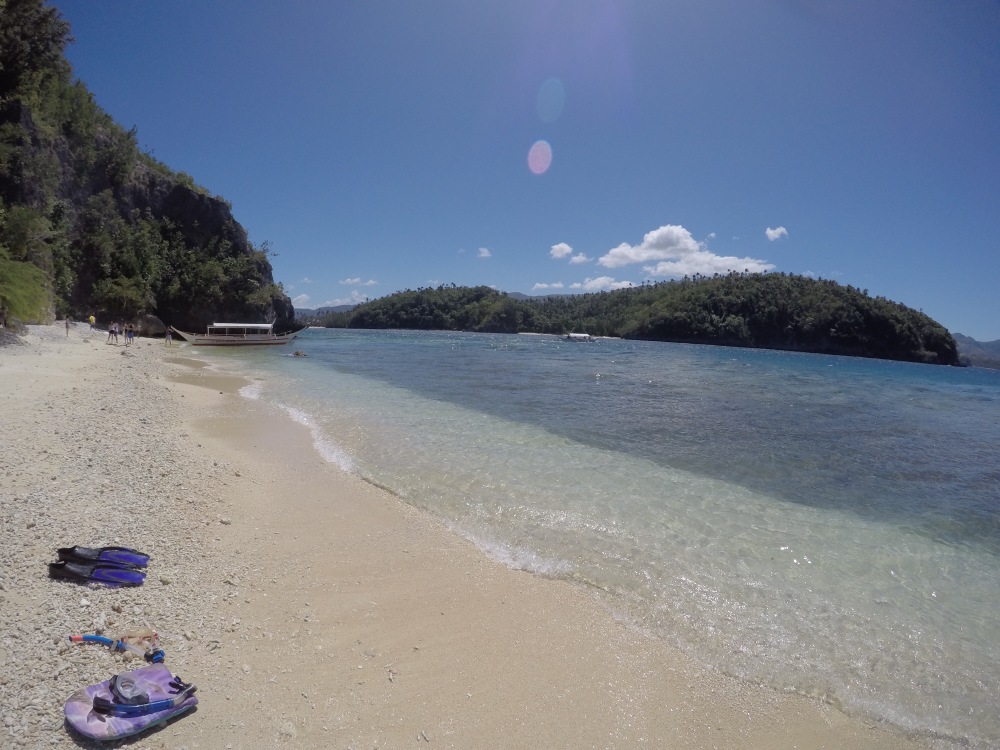 I’m glad we didn’t pay to dive in the area as the visibility wasn’t great nor the coral as good as we’d read, but it was a nice day trip.
That night it was the weekend and the beach certainly got busy with locals from Manila, but it had a pretty fun vibe, if not very cheesy. At 8pm the beach came alive with fire poi shows where they flung the flames around eager onlookers for photos. The bars had totally changed from the day time; they were now lady boy shows. It was hilarious as they were atrocious at miming!! A young man suddenly lit a piece of paper right by us, threw it in front of the stage and frantically sprayed the area with petrol creating a line of flames and by the look of things losing a lot of hair on his arms. Nothing like a bit of free entertainment!