We experienced one of our worst storms the other night that seemed to just torment us and circle around Pablo for hours. Flashes of lightning were beaming through the cracks in our curtains and the rumbles of thunder became louder and more frequent; I barely got to ‘one Mississippi’ before the next one hit. The wind was shaking Pablo back and fourth and creaking her suspension; we ended up leaving at 6am to try and move away from the eye of the storm.

There was no point waiting it out as the heavens were due to stay open for another three days. So we continued on to Andorra, one of the smallest countries in the world and sandwiched between France and Spain. It’s extremely mountainous and the average height of the country is a whopping 2000m. It sounded amazing, with heaps of hiking and the best ski hills in the Pyrenees. Craig really wanted to go snowboarding, in fact the ski hills were due to open the very day we arrived – and they would have if it was just three degrees cooler. It would of been a winter wonderland, but instead it was heavy, wet rain.

We arrived at the town of Pas De La Casa which sits at 2050m and is a major hub due to all the duty free shopping and diesel for only €1 a litre. The town had already received a dump of snow, but all that remained were mounds on the sides of the road. Streams poured over the tarmac and drenched my trainers within seconds. I ran across to the info centre to pick up some brochures, and then a few extra to dry out my trainers and hiking boots; yesterday when we braved an icy cold solar shower in a desperate plea to be clean, the cap came off and poured into my hiking boot. Brilliant.

I didn’t know what language to speak as I entered, so I opted for the internationally spoken English (Yes France – it’s true) and to my delight he spoke fluent English back. After the info centre we both changed into our flip flops to save our trainers the soggy torture. This seemed to amuse the locals who spoke rapidly to us and all we understand was the Spanish word for beach. I suppose we did look like dicks when everyone else was in winter boots. We wondered around some ridiculously busy shops; bottles of spirits stood 2ft tall and only cost €40! No wonder it was so busy.

There really was bugger all to do in the rain though, we managed a short walk around the capital, Andorra La Vella and then to a village slightly north called Ordino. I must say the locals were all very smiley and helpful which is always nice. We could only imagine how beautiful the country would look in the sun, with snowy peaks and valleys, it actually reminded us of Scotland, especially with so much rain. But, at the same time there were parts we didn’t like; it’s tiny and mountainous, so clearly their limited on places to build, which meant the towns were so regular that they just blended into one.

Every town was like a ski resort, with tall stone buildings for accommodation. We felt like the country had been too modernised, it had lost it’s old charm. Another thing we disliked was how it was impossible to find free parking, it just didn’t exist which we hate as it limits your time ‘we’ve got two hours to explore, GO GO GO!!’ It wouldn’t limit everyone’s time, we’re just tight arses. But it was actually hard to find parking spaces, it was all chocker block and then we really struggled to find a place to camp for the night.

But, I know Andorra has a hell of a lot to offer in terms of hiking; the country is 8% urbanised/cultivated and 92% forests, lakes and general paradise. It’s a big shame we won’t be able to see that vast percentage due to this severe leak in the sky though.

Luckily after writing this we woke to no rain, and sped off to the north where there’s a nature park in the Sorteny Valley. I’d downloaded a really handy free app called ‘Active Andorra’, in a way I hope other countries haven’t had this otherwise we’ve really missed out. It was amazing, listing all the hikes, showing a map of them, time, gradient and then it helps you find the trail if your lost, marks where you are and shows you the name of the mountains if you hold your camera up to them, genius!

We picked a loop trail and were very happy to see some beautiful snowy mountains above a narrow valley before the rain started up again. At least we got to see some of Andorra’s natural beauty. 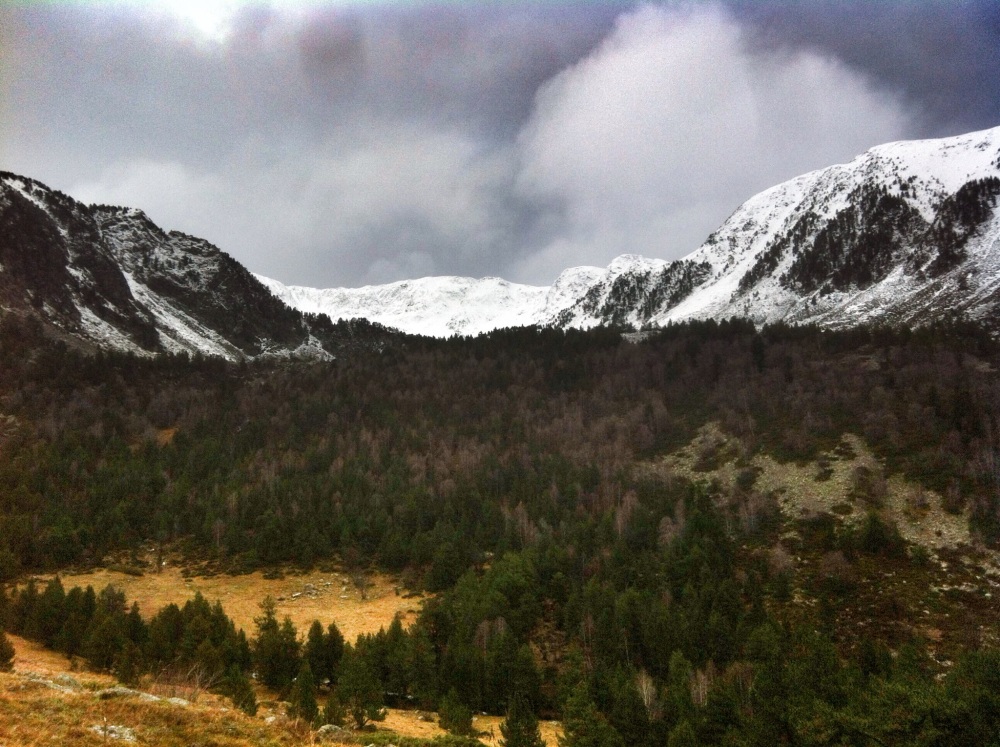 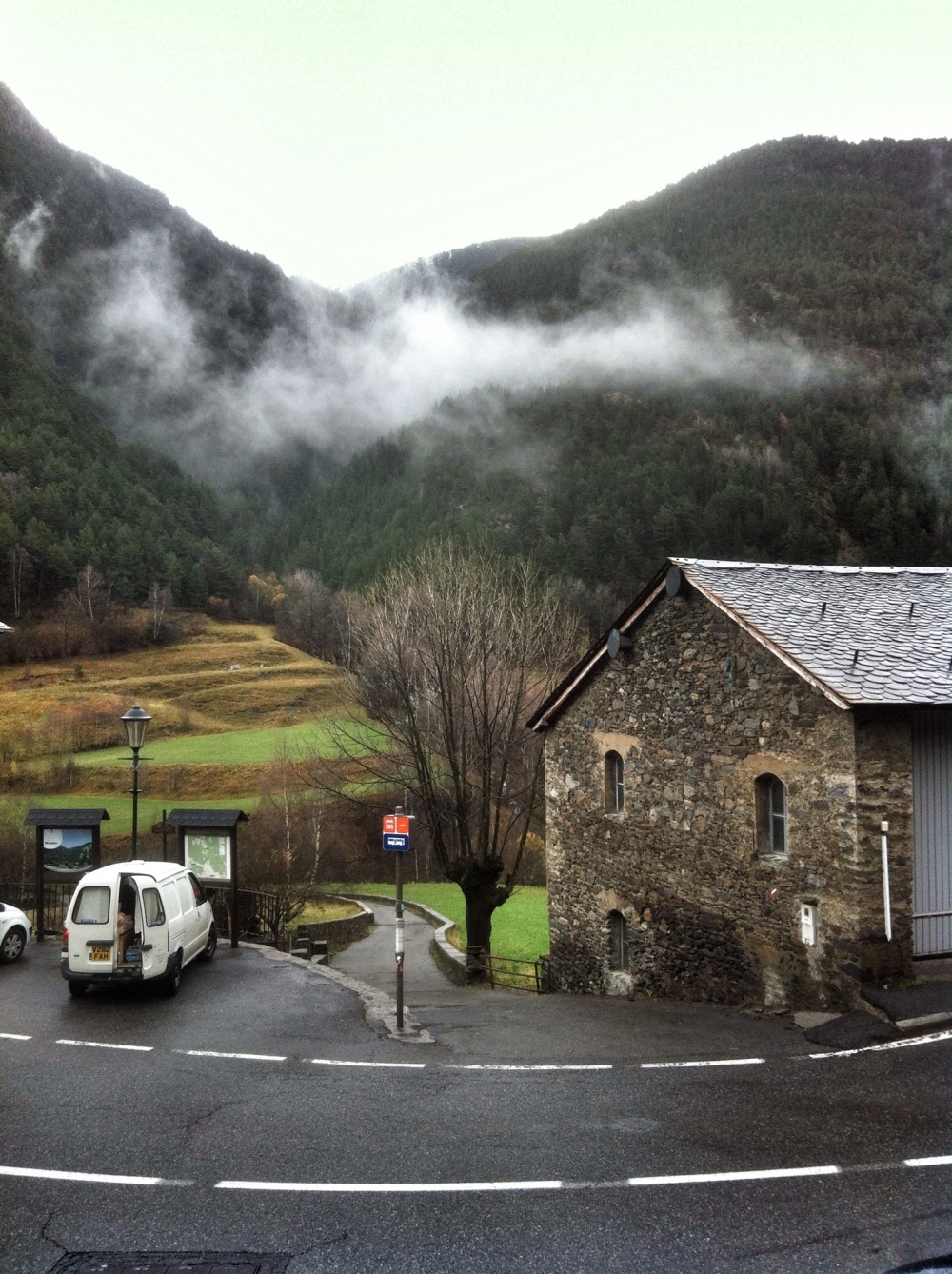