There’s nothing better than the weather report saying rain, and waking up to sunshine. It did however rain all night which meant fresh snow from about 900m elevation. We set off early towards Interlaken, Switzerland’s adventure Capital. It sits between two lakes and in the shadows of some of Switzerland’s most impressive peaks.

It was a picturesque drive along the lake with mountains reflected in the blue water. We squeezed through lots of narrow roads that went through villages lined with wooden houses. They were quite similar to the ones we saw in Austria, with tiny oval-shaped wooden tiles covering the walls like owls feathers.

From Interlaken we headed south to Grindlewald; Switzerland’s oldest ski resort and largest in the region. Its done bloody well to keep its charm over the years and I presume there must be a law that every house has to be built in a traditional way. So they were all made of wood, with long overhanging roofs, big balconies and pretty shutters. All of them were detached and spread up the snowy hillside. It really was storybook Switzerland with snow covered roofs and kids sledging down the deserted road.

The mountains towering above the town were phenomenal; Eiger, Mönch and the Jungfrau (Ogre, Monk and Virgin) are all connected by a ridgeline, and rise up to 4158m high, over 3000m of which is from the valley floor where we stood! Spend too long looking and your neck begins to ache.

It’s the most glaciated area of the alps too and we could see a large blue glacier in the distance. We even spotted an avalanche that tumbled down a sheer edge of Ogre’s famous north face and a cloud of snow fell down in slow motion.

The area was a total winter wonderland, we loved it! We walked along the icy pavement uphill where the chalets thinned out. It was a really stunning location and the snow added to its beauty, but on the other hand it limited walking in the area and some crampons or snow shoes would of been necessary to go any further.

There’s a popular train route here which goes through the Ogre and up to 3454m between Monk and Virgin – it’s the highest railway in Europe and way out of our price range!

Afterwards we drove along another valley, south towards Stechelberg, it was a much thinner valley with steep walls. Waterfalls dropped from the high plateau towards the road and skydivers did full 360 spins on their descent down. The thick snow on the mountains glared in the sun here so we preferred the first valley.

We needed a wash but our solar shower no longer works in these cool temperatures. Instead we decided to see how cold one of the nearby lakes was….bare-able. We said if we could swim in a Scottish loch in winter, we could swim in a Swiss lake with fresh snow melt! We ran to the shores in our jackets, hats and towels and plunged in as quick as possible. It was by the road and the motorists were having a right laugh as they went round the bend. Scotland was definitely colder though. 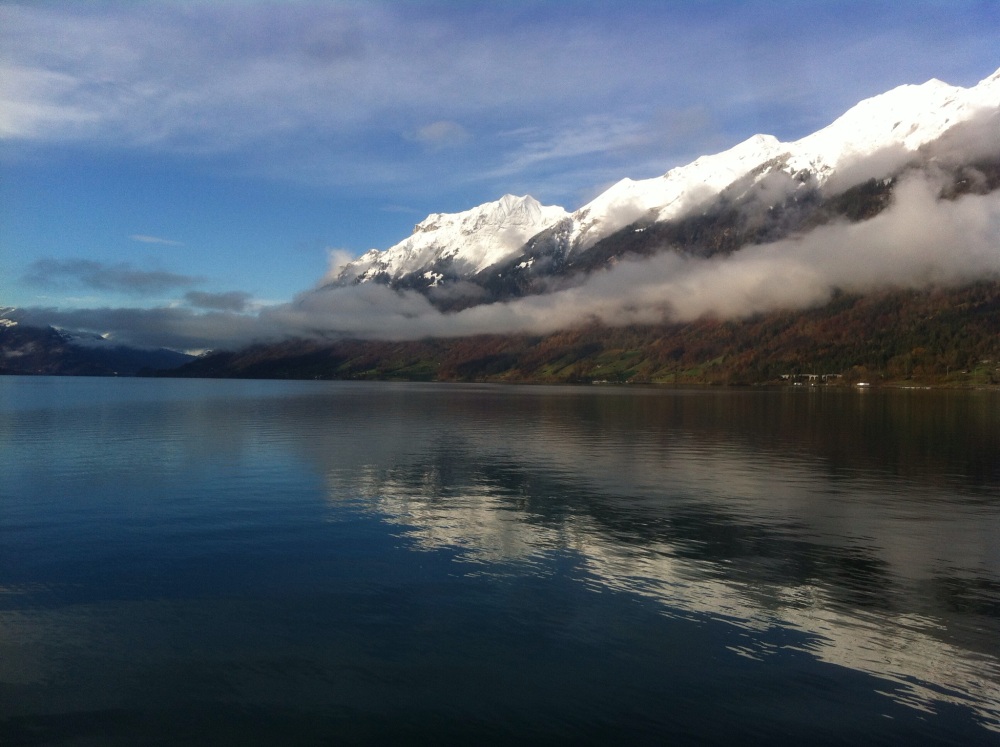 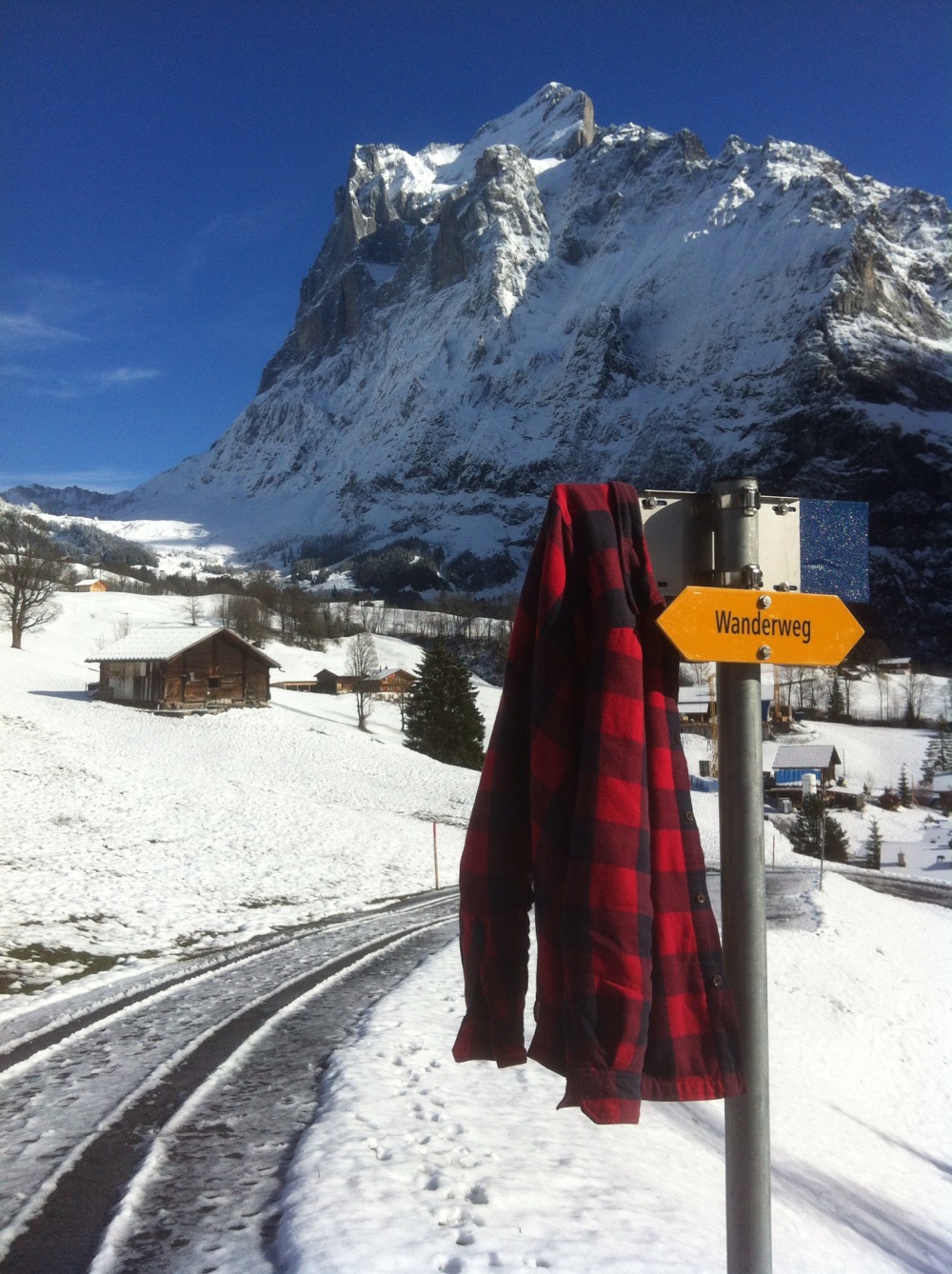 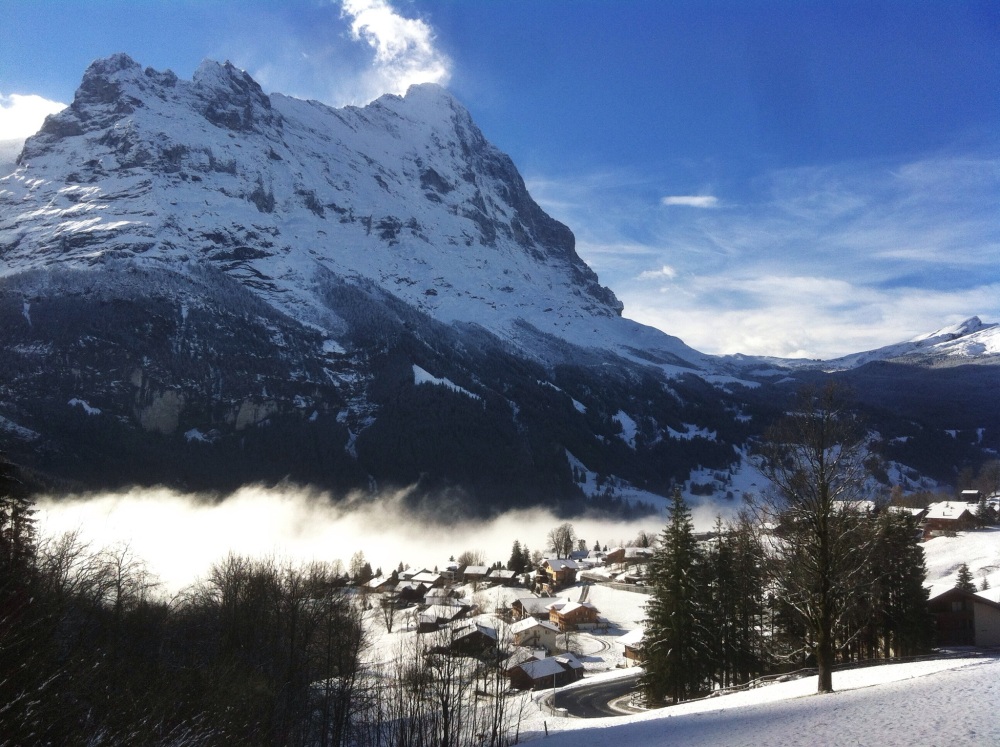