Hungary is well known for its thermal baths, we were only swinging through the country but made sure a day of relaxation was involved. Just to make us really need a relax day, we had a small car crash. Brilliant.

We chose the thermal caves on the outskirts of Miskolc, a city in northern Hungary. We were hoping for an evening swim, but it was closed so we stayed in a carpark nearby and then woke early to be the first at the door…or not, there was already a queue, it was clearly a popular spot.

We entered via an ugly concrete building, and there were outside pools to our left like any normal leisure centre. Inside was another story though, it was literally built in and around a cave. It was really amazing. We stepped into the clear blue water, waiting for that ‘ahhh’ feeling, but it wasn’t even hot. What the hell? It was probably cooler than a standard pool.

We swam through tunnels in the caves and then it all opened up with high rocky ceilings and occasional icey drips of water fell down. Water came out the side of the rock walls in perfect massaging spouts. I tried photographing more of the caves but my camera steamed up instantly so I just have a couple.

Dark paths led through tunnels to other pools. We swam under a bridge and saw an unlit area ahead. It was a circular room, with a seating section in the middle, but was almost pitch black. The ceiling was covered in glow in the dark stars and a couple of UV lights. So unless you were smiling, and your teeth were glowing, you could barely see who was where. Craig kept making spooky noises and darting off into the darkness. I was worried I’d mistake him for someone else and jump on his back ambush style.

After exploring all the cave areas of the complex, we ventured outside into the rain where a 32 degree circular pool had steam rising from it, but it just wasn’t hot enough. We’ve been to quite a few hot springs and we love the really hot pools, with a plunge pool to dunk in when it gets too unbearable. We did some laps (one lap, and I later found that I pulled a muscle from it) of the chilly 26 degree pool and then headed back into the steamy warmth.

Hallelujah we found another section with hotter pools. It was hilarious seeing others find these pools and walking down the steps into the warm water. Watching people’s reactions as they found the well needed warmth was hilarious. A middle aged lady took one step in, and mouthed a few words of praise, then another, and she smiled and mumbled appreciation again. It was so cringy to watch, she was enjoying it far too much. We were cracking up as her mouth moved, and she took each step down, I quietly said what we both imagined she was saying; ‘Ooooh yeah’ then another step down, ‘ooooooooh yeaaaah’ the final step in ‘ooooo…’ ‘Shut up Lauren!’ Craig couldn’t take the laughter anymore.

There was an off-limit sauna room that only cost €3.50 extra…so we decided heck, let’s splash out! By this point the pools were heaving with people, I’m sure there must’ve been some German visitors as all the loungers were quickly draped with towels and bagged for the day. What a contrast the sauna room was, it was a lovely tranquil retreat. In the centre was a cold plunge pool (wahoo!) and then there were two saunas and a steam room.

There were about 10 people in the room, either relaxing on the loungers around the pool or baking in the sauna, that €3.50 got us VIP treatment! The sauna was electric heated, not wooden like we had in Finland. It was at a scorching 90 degrees but was a very dry heat. In Finland we had a puddle of sweat around us as it just poured off our skin from the humidity. But here, it was so dry we hardly sweated, it was how I imagine the hottest desert in the world to be…I don’t know which ones right, I’m sure your supposed to sweat though?

The steam room was awesome, and the first we’ve ever been to. It was covered in blue mosaic tiles and pluming with steam. It was a much nicer heat than the sauna and you could sit in it for much longer, plus you couldn’t see anyone else in the room as there was so much steam.

For about €11.50 I’d say it was worth it, although it was too busy and not hot enough. Nonetheless it was a unique experience, the only thermal caves of its kind in Europe and the sauna and steam room made it even better. Plus, hot springs will always be a campervanners best friend, we’re clean again!! 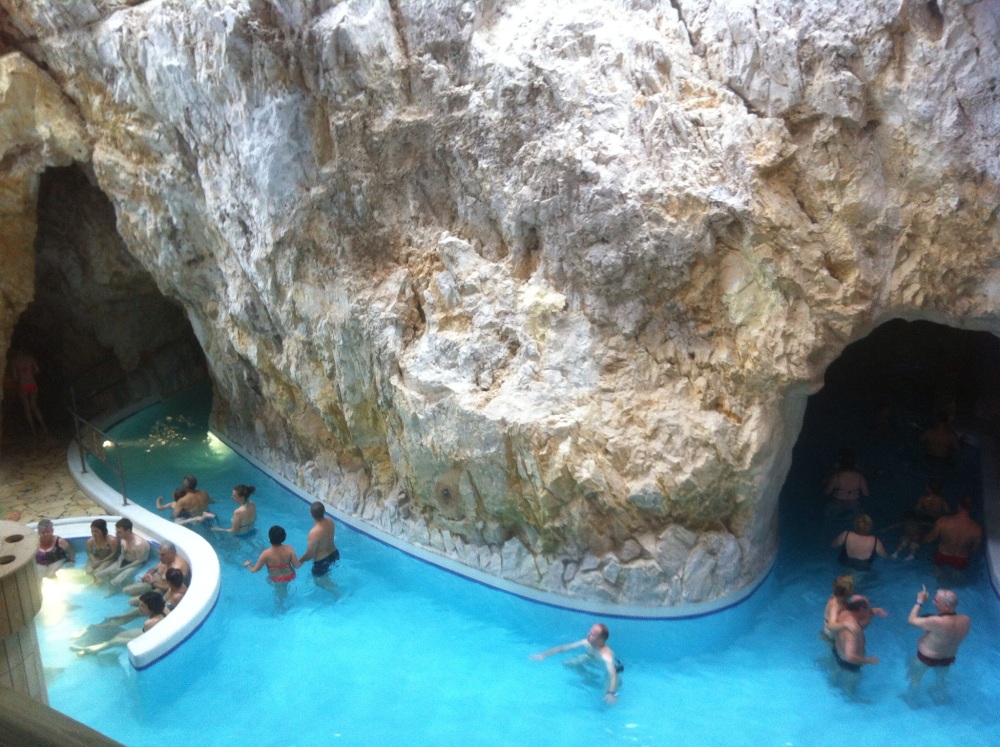 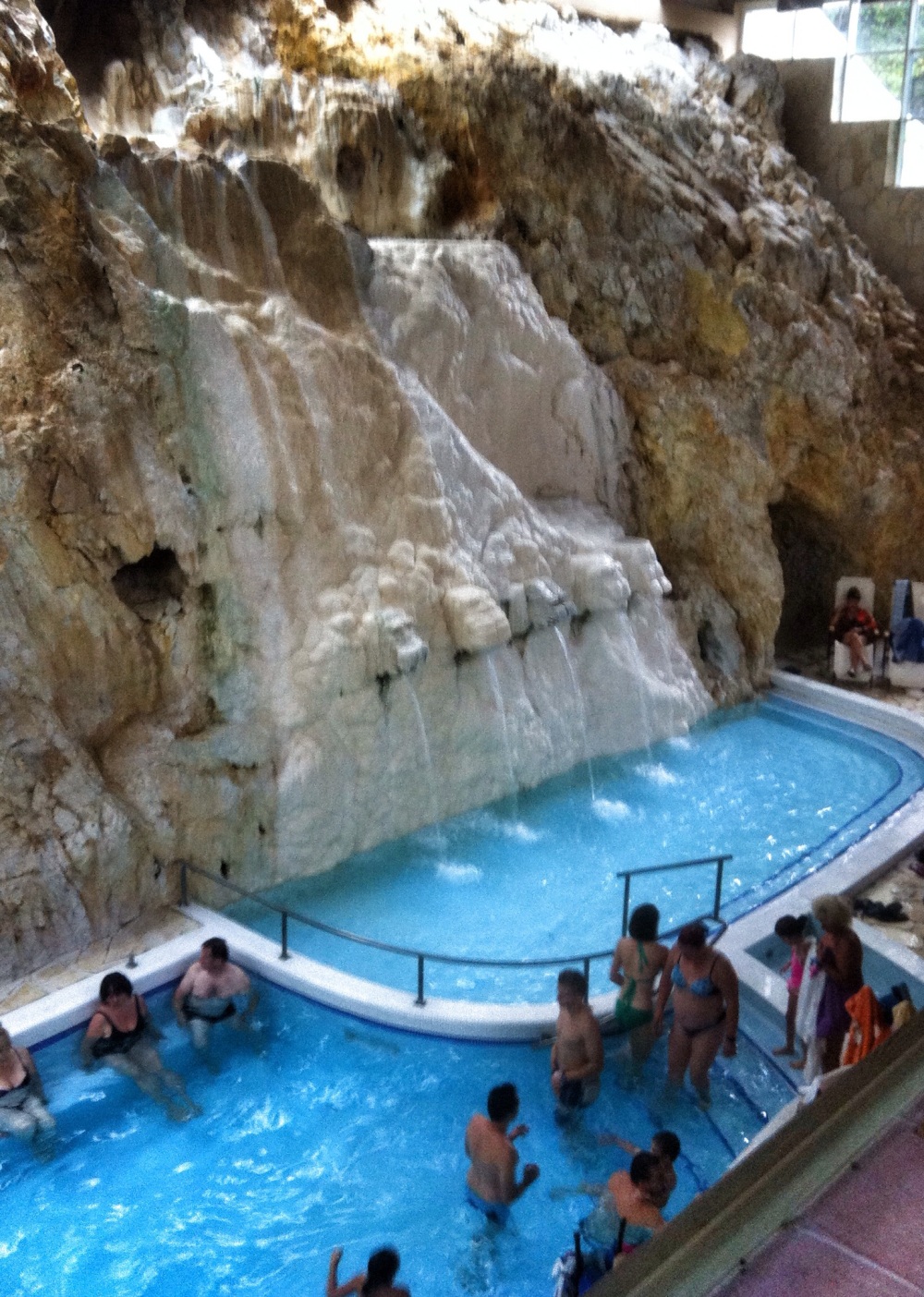