Aqaba sits on the shores of the Red Sea, just a 20km drive from Saudi Arabia. From the beach you can watch the sunset across Egypt and then the lights of Israeli cities fill the horizon at night, it’s a pretty unique location.

We checked into a simple hostel where the smiley owner went to get our change and returned with a parrot which he put on Craig’s shoulder. We were led into a tiny lift which was quite a squeeze to enter with our backpacks on, and then the worker looked and smiled at us which was our cue to breath in and make room as he was coming into the lift too. We were jammed in with the workers finger rested in the centre of the lift, between us all with the parrot casually sat atop it.

We headed out for dinner and the air was surprisingly warm, it was the perfect weather to sit outside and dine but without the horrible sweating. We passed lots of strange areas where buildings had been bulldozed and the rubble floor had been decorated with rows of plastic chairs. When we first saw these chairs in daylight we were very confused as they faced a blank wall of a building. But at night time they came to life – it was where the men came to smoke shisha, drink tea and play rather aggressive games of dominoes where they slammed the pieces down. The wall actually had a flat screen tv concealed in a box so the men watched football and threw their cigarette butts on the floor (there were more cigarette butts visible than rubble). It was the strangest pub environment we’d ever seen.

We’ve found the hotel owners in Jordan to be very helpful and this one was no different. When we enquired about getting a bus to the beaches further south our host said he was driving some guests and could take us along. The return journey (17km each way) would cost just $3 per person which was cheaper than the bus.

I’d read that the Red Sea beaches were similar to the Dead Sea where it’s best to pay for use of a resorts private beach but our host recommend the free South Beach. He said “it’s right next to the resort which charges $14 entry for the same beach”. He was mostly right with this statement, South Beach was connected to the resort and it actually had better access to the two snorkelling sites, however, it’s a public beach so the sand was riddled with cigarette butts, nut shells and micro plastics. It was such a shame to see the locals lack of care, I will never understand what goes through someone’s mind when they throw rubbish on the floor, and I still don’t get why it seems to be ‘acceptable’ for people to throw cigarettes on the floor (around the world, not just Jordan) as if their not rubbish. Turtles can swallow them and they just swell up in their throats like a goddam tampon. 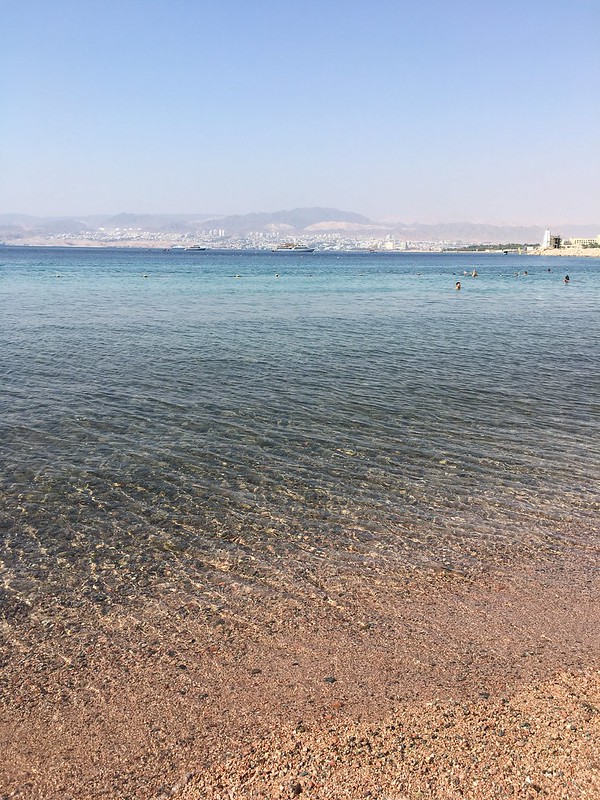 So, we laid our towels down atop the filth and actually when we tried to ignore the rubbish it was a lovely location. The sea was crystal clear and there were desert hills all around us. We didn’t hesitate getting into the water and popped our snorkels on to check out the legendary Red Sea. The beach was mainly gravel but in the water it turned to stones which were tough to walk on and after awhile I gave up hobbling and began snorkelling in less than a foot of water. 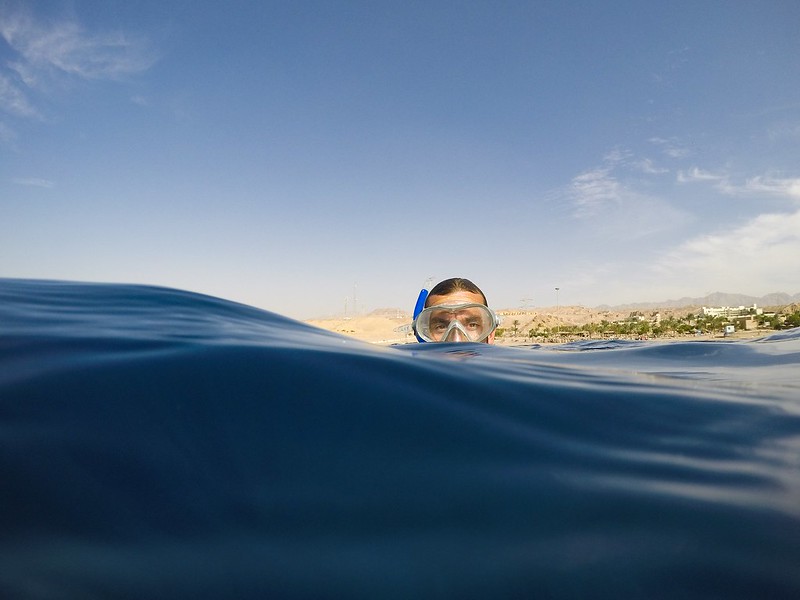 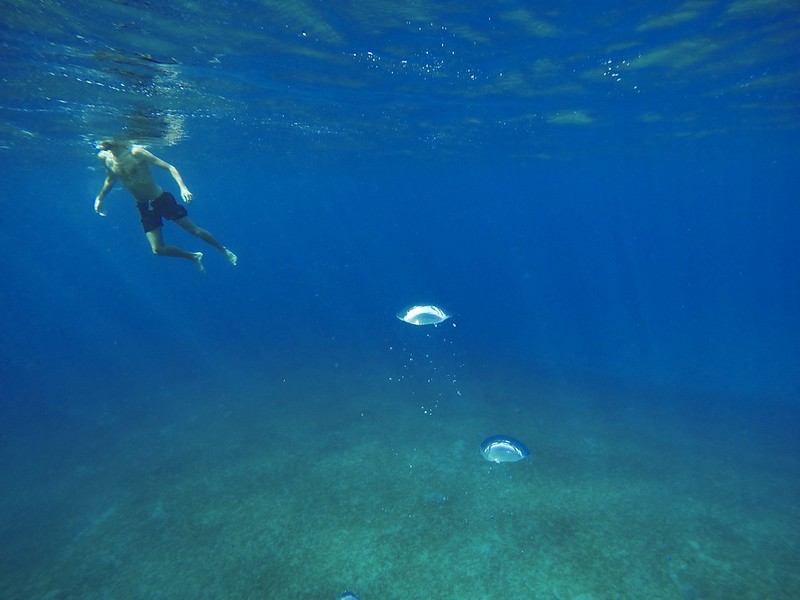 I could instantly see how great the visibility was, the water was so clear and blue. We swam out to the ‘Japanese Gardens’ a diving and snorkelling sight which offered lots of hard corals. Many of them were bleached as per usual but there were still clusters of colour and lots of little colourful fish that looked like the tropical ones for sale in pet shops. We saw many lion fish who’s patterned bodies look like tortoise shell. 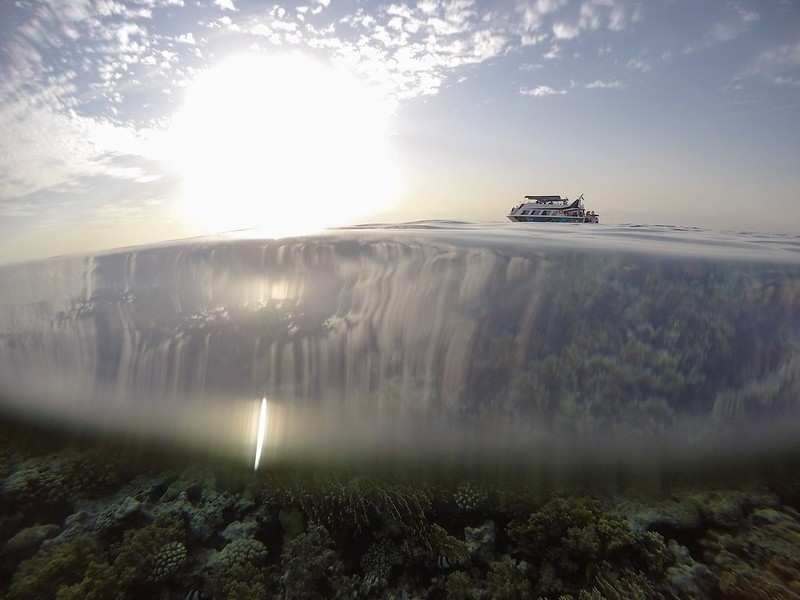 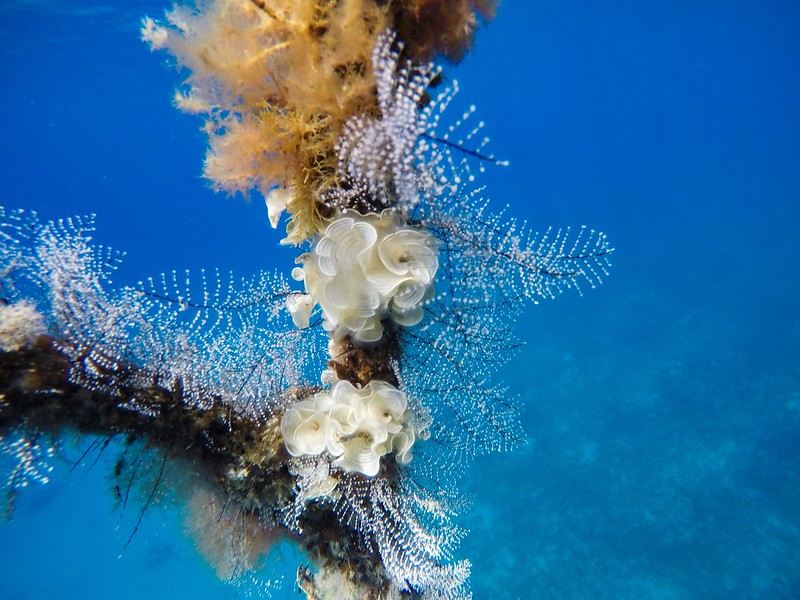 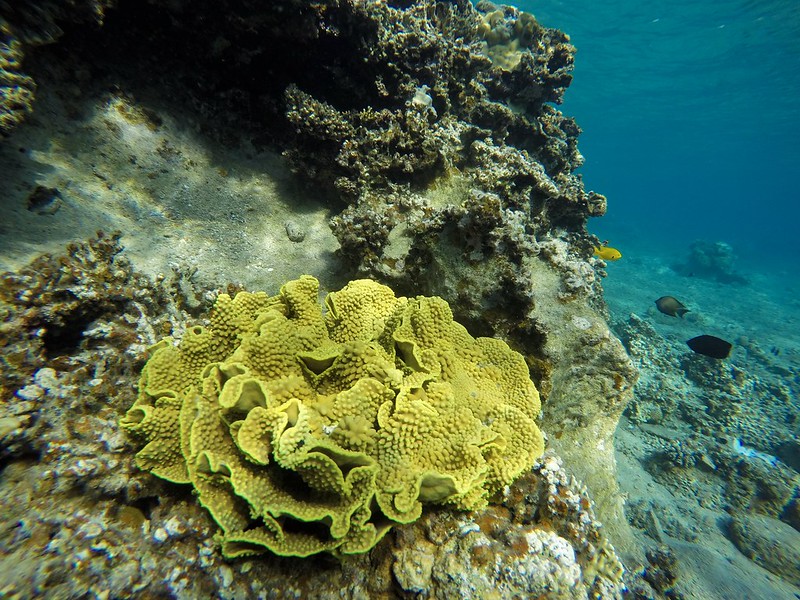 A group of divers swam way below us, their bubbles slowly rising towards the surface and hitting us gently on the way. I enjoyed the snorkelling, but mainly because of the visibility, it wasn’t a riveting place for variety and I didn’t get the impression that a turtle or ray would swim by. 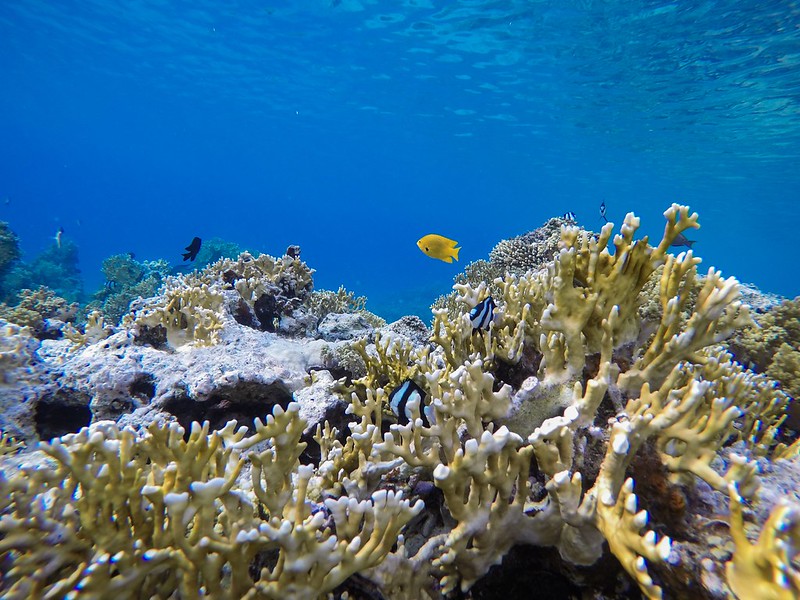 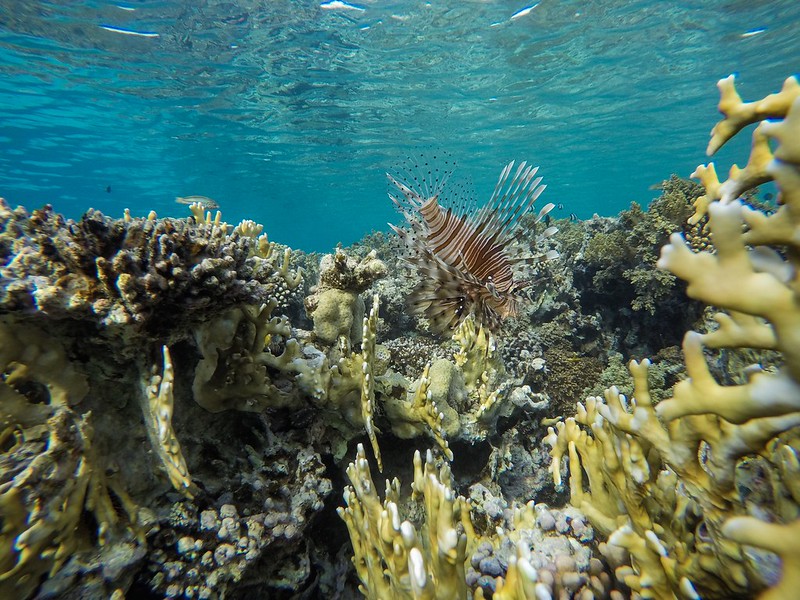 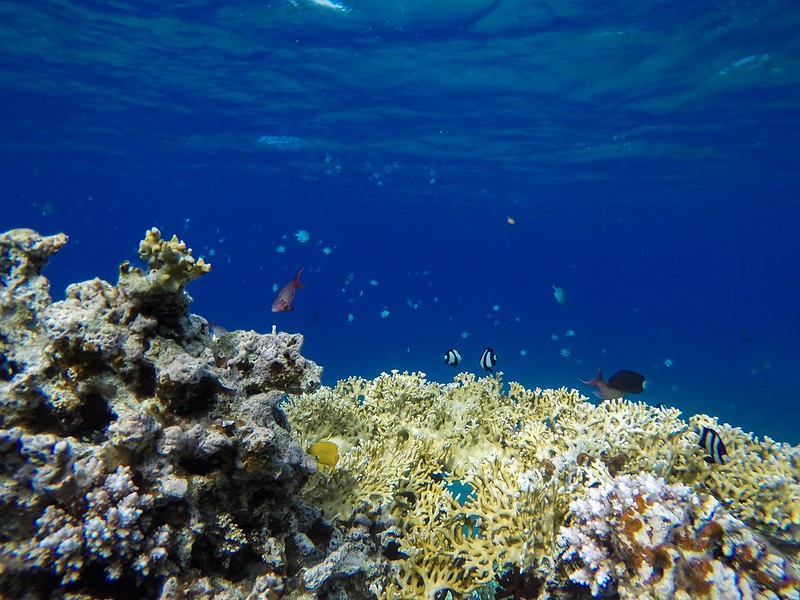 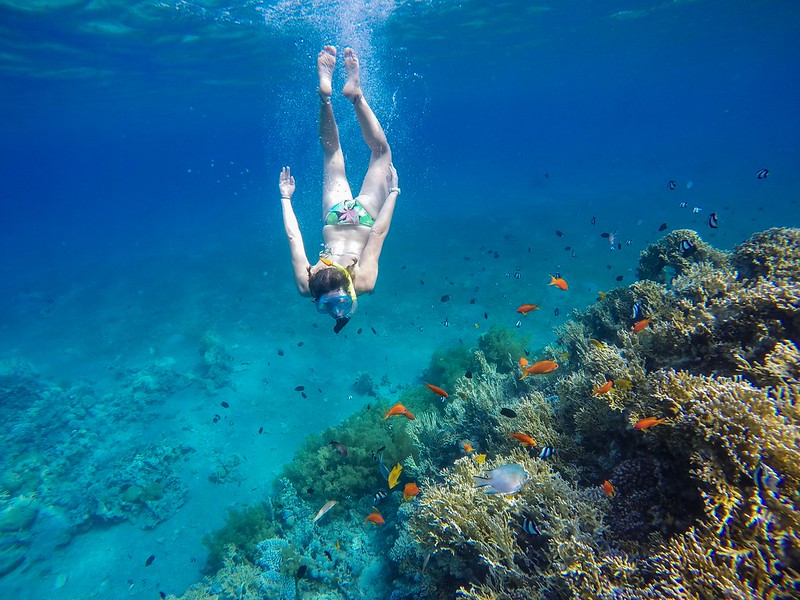 When we got back to the beach a guy suggested another snorkel sight to a shipwreck. It was quite a bit further out and I felt rather uncomfortable watching the sea deepen below me. I guess the fact that the water was so clear and I could still see the sandy floor 15m below me was reassuring. I don’t like the unknown, I remember in the Maldives some dolphins were swimming parallel to our beach so we rushed out to see them and we reached the drop off. The visibility was bad and we both chickened out, not brave enough to swim over the abyss.

Finally we spotted the Cedar Pride wreck. It was a large boat tilted on its side with a depth between 12 – 21m. It was sunk on purpose in the 80’s specifically for divers enjoyment and it’s considered one of the red seas finest wrecks. The sunbeams were pierced through the blue water and creating amazing sunbeams above the boat. 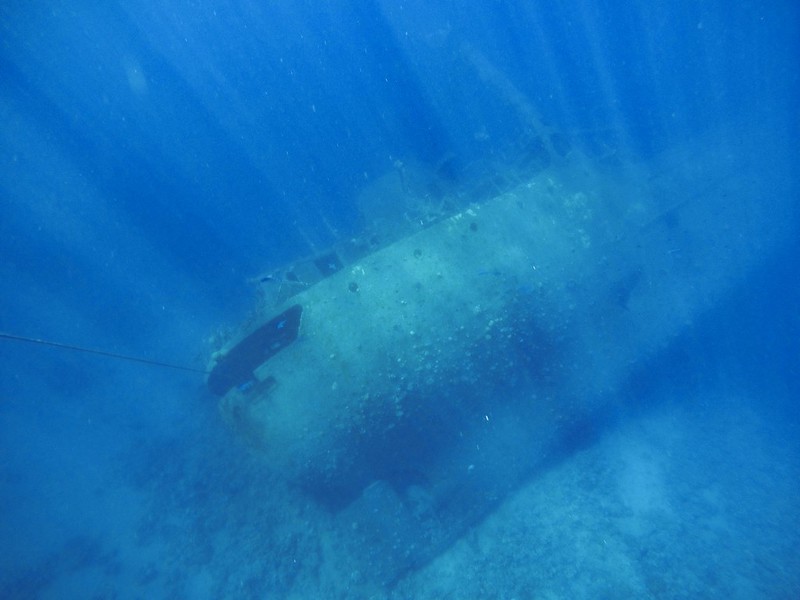 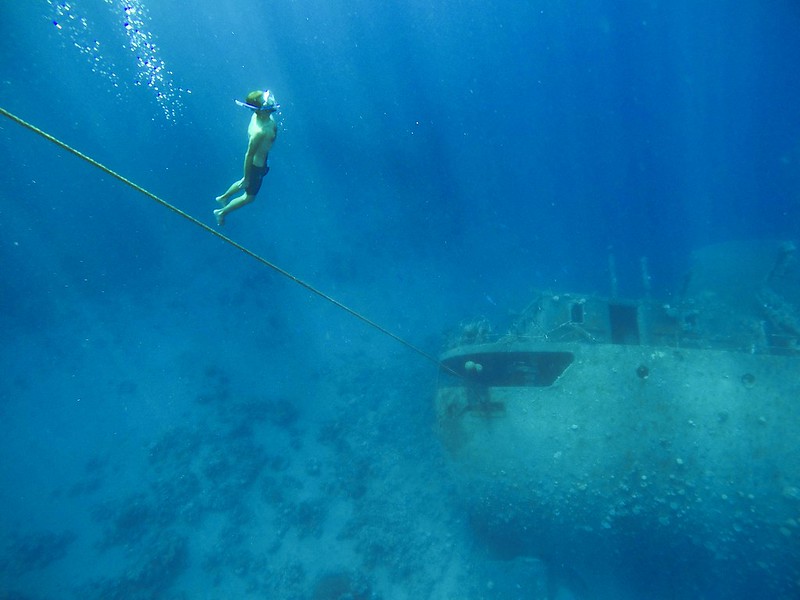 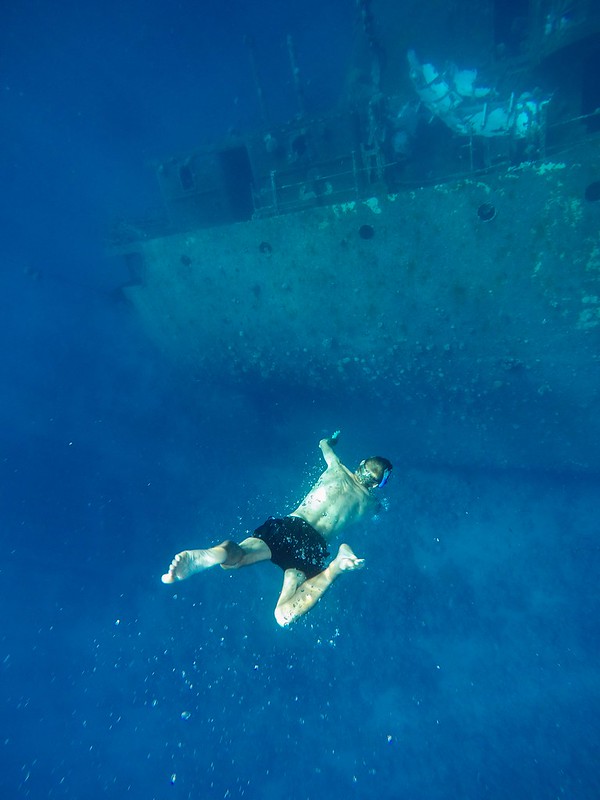 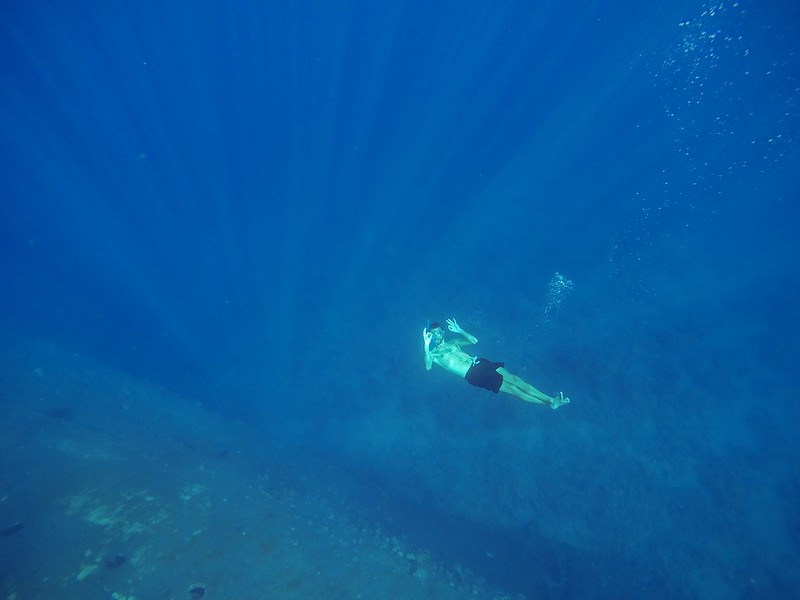 The following day we wanted to just relax and have a beach day. There was a public beach right by our hotel and I’d read it wasn’t the place to wear bikinis due to local Muslim families using it. But every day there were dozens and dozens of tourists in skimpy bikinis. So I wore my tankini style top to be a little less in-your-face and we enjoyed swimming in the clear sea and watching another lovely sunset. For our final supper in Jordan we headed to a local joint and got our cheapest meal yet. They were selling four falafels for literally penny’s per piece so we got a huge bowl of 20 falafels, hummus, chips and salad for about $3!!! It’s been a wonderful ten days exploring Jordan, from the Dead Sea to the Red Sea and the deserts and historical wonders in between. 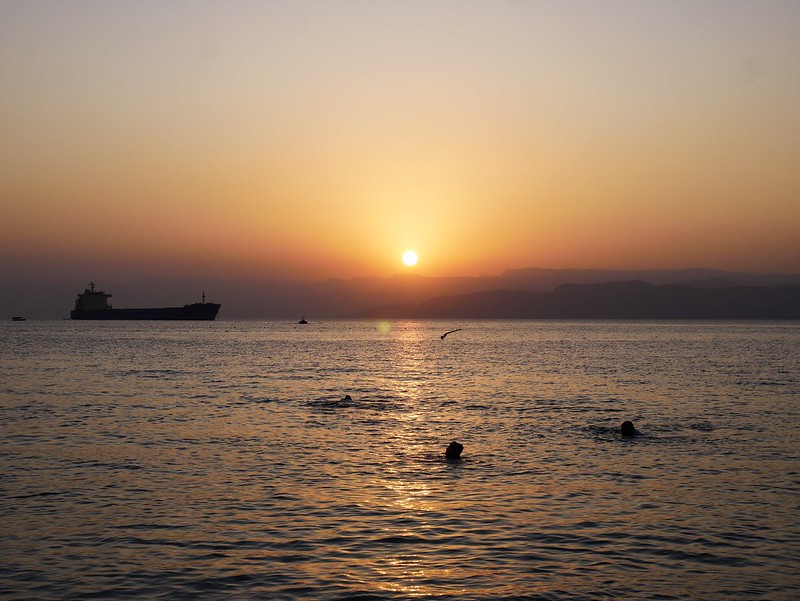