Our jaws dropped as we drove closer to the huge rock pinnacles of Meteora in Northern Greece. The rock formations alone would of wowed us as they seemed to appear from nowhere within a green valley. They had sheer walls but rounded tops, like fingers reaching up. Caves and cracks penetrated the walls and trees clung onto the edges.

But the main attraction in Meteora is the fact that monastery’s were built atop 24 of the pinnacles. Only 6 are occupied today, and were built in the 14th century. The steep rock walls rose up and then brick walls continued sky high. They were right on the edge, and fancy windowed alcoves even hung over the sheer drops. The bricks seemed to blend into the rock in total harmony and were topped with terracotta tiled roofs.

A road wound up to most of them, it was a beautifully scenic drive, with monastery’s high above us. One monastery had a door leading straight into the rock wall. A window was high above the door with a few feet of wooden ladder hanging down, as if it used to be the old entrance way and they would swing more ladder down to meet you. A few monastery’s had cable cars for supplies, though I’m sure they didn’t exist in the 14th century when the building was in process, I have no idea how they got the bricks up there.

It was a really spectacular area, and up there with the wonders of the world in our opinion. 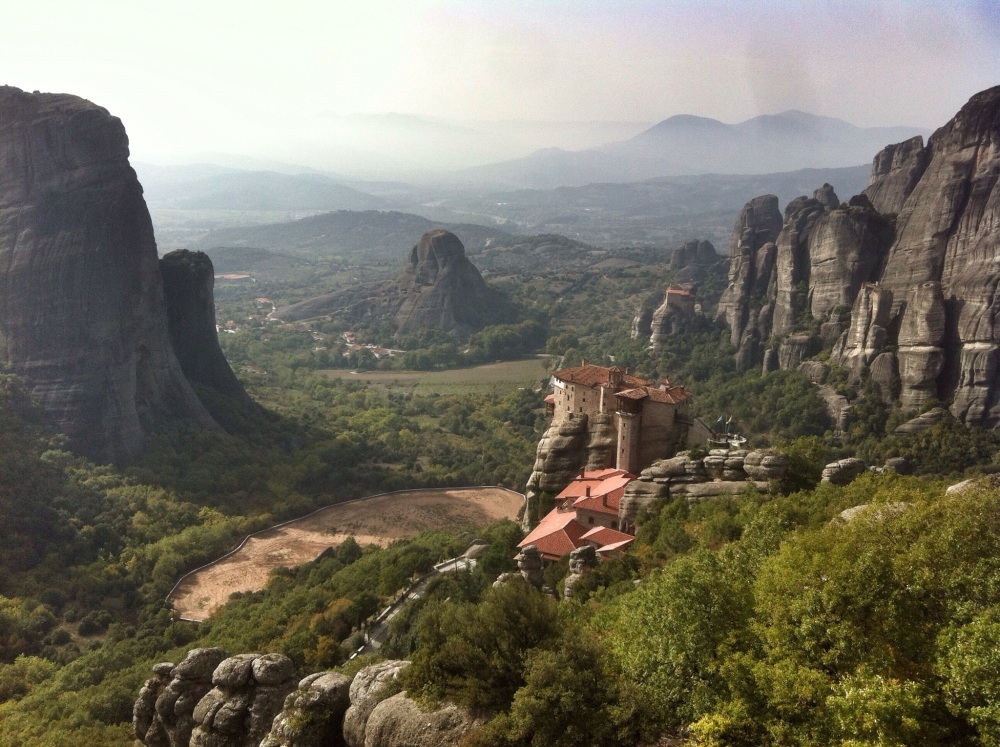 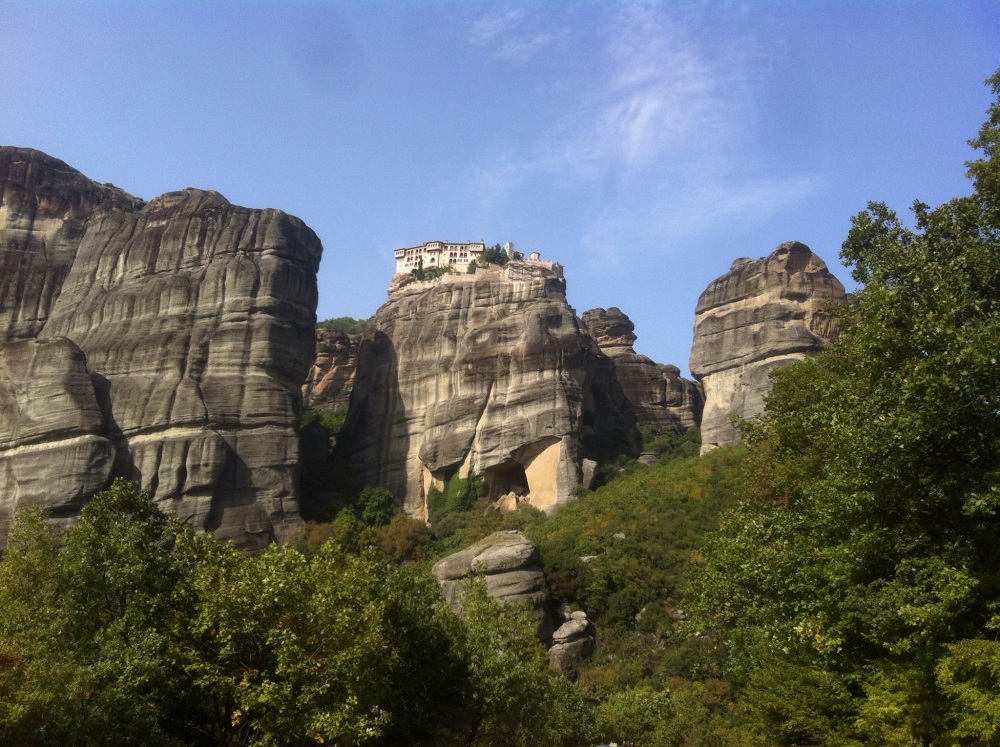 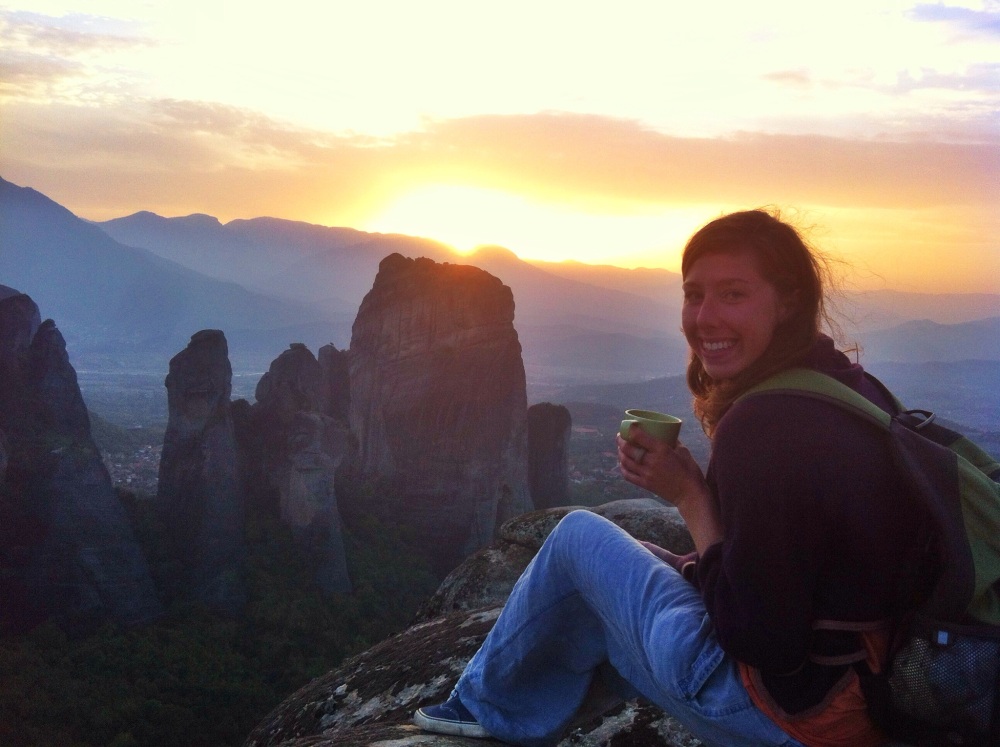